The U.S. Should Use Beijing’s Social Credit System against China 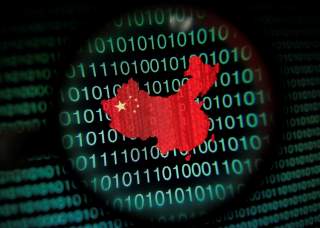 China’s new “social credit” system is about as Orwellian as you can get. While some pundits have praised the  China model—New York Times columnist Tom Friedman has dedicated several essays to his admiration of the one-party police state—in recent years, Beijing has grown increasingly authoritarian, aggressive, and assertive in its hostility to the post–World War II liberal order. It has ethnically cleansed Tibet, imprisoned more than one million Uighurs in re-education camps, and it increasingly challenges international maritime law and freedom of navigation in the South China Sea.

The latest manifestation of President Xi Jinping totalitarian turn is initiation of a “social credit” system in which each of China’s more than 1.4 billion people in addition to companies and organizations will be assigned a score that correlates to their behavior and ideological fealty. Apologists for the Chinese experiment say it is about rooting out corruption, but the same system goes much farther: It can be used to deny travel, access to education, and access to other state services to those not only deemed insufficiently loyal to Xi’s communist ideals. While the technology Beijing brings to its rating system is new, the idea is not. In 2003, I accompanied a number of Iraqis to the tomb of Michel Aflaq. Stored within the mausoleum were reams of ledgers of Baath Party documents detailing high school students, each with ideological marks based on their ethnicity, sectarian preference, and their parents’ perceived loyalty to Baathism.

There is little the United States can do to prevent Beijing from taking its dystopian turn, but there is no reason the U.S. State Department and intelligence community can’t use it to Washington’s advantage. Chinese espionage and violations of U.S. intellectual property are among the top U.S. security concerns when it comes to Chinese citizens visiting the United States. But the bulk of those able to travel or work within state security are going to be among those with higher social credit scores. Simply put, the higher the score, the higher both an individual’s hostility and danger to the United States.

Why not, then, factor social credit scores into issuance of visas? Any Chinese visitor who surpasses a specific high threshold will no longer be eligible for multiple entrance visas or those of long duration. Chinese students want to study in U.S. universities? Chances are, if they have a high social credit score, their real interest would more likely be spying, be it on American firms or other targets, or on those fellow Chinese students who do not uphold Xi’s line overseas. During the Clinton administration, it became common for Chinese delegations to visit U.S. military facilities or receive VIP tours of U.S. aircraft carriers. Now, any Chinese citizen with a specific score should be cut-off entirely from any U.S. military facility.

But couldn’t China simply give certain spies cover with much lower social credit scores? Certainly, because this too can be an advantage. After all, if a Chinese visitor shows up at an American university or tech firm but has a low score, then it can raise red flags for investigators: how did that individual manage to purchase an airline ticket in China or receive a Chinese scholarship?

Acquiring information about social credit scores may be as easy as asking, especially with regard to individual visa applicants. But, there is no reason the U.S. officials should ever take such information at face value. The entire social credit scheme can be an intelligence trove. If China could steal more than twenty million U.S. personnel files, there is no reason the United States intelligence community can’t prioritize return of the favor.

Of course, many Chinese visitors come to the United States legitimately and do not abuse their time in America to undercut U.S. security or interests. Not all Chinese citizens are drones under the thumb of Xi, eager to erase China’s ethnic and cultural diversity or to plan for regional conquest. But, that is no reason to ever let the U.S. guard down. If Communist China is seeking to give a gold star to its most loyal cadres, then there is no reason why the United States should not use that information to its full advantage.