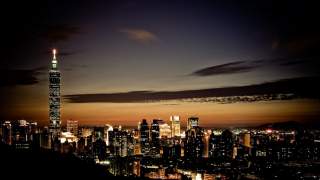 In the wake of the first meeting between President Donald Trump and his Chinese counterpart last week, it is equally significant to revisit a landmark fact that thirty-eight years ago today President Jimmy Carter signed into law the Taiwan Relations Act, which embodies the fundamental U.S. commitment to Taiwan and has continued to guide the partnership between the two countries. The Taiwan Relations Act, as well as the Six Assurances under President Reagan, ensure that all issues concerning Taiwan’s future must be resolved peacefully and with the agreement of its people. Throughout the decades, support in Congress for Taiwan has been bipartisan, and successive administrations have honored the commitments.

Indeed, the U.S. commitments have over time produced a deep and significant partnership between the United States and a vibrant, prosperous Taiwan that is now the United States’ invaluable ally in the Asia-Pacific region. The two peoples are bound by shared interests and share common values including democracy, human rights, the rule of law and free market economy.

Last month, at the 2017 celebration dinner of the American Chamber of Commerce in Taipei, President Tsai Ing-wen, the first woman head of state of Taiwan, expressed the hope that the two countries will build an “upgraded” strategic partnership in regional security and greater trade volumes and closer economic ties through a possible bilateral trade agreement.

Taiwan has also begun cooperating with the United States in humanitarian efforts around the world, including Africa, Asia and the Middle East. The country has provided millions of dollars cash donation as well as mobile hospitals and temporary housing to areas where humanitarian equipment is in urgent need. As a prosperous vital democracy, Taiwan has much to contribute to the international community. With continuing U.S. support, Taiwan seeks to increase its participation in international organizations such as the International Civil Aviation Organization, the International Criminal Police Organization and the World Health Assembly. Taiwan used to be the recipient of international aid, and it is now time for the country to give back to the international community.

The crucial and irreplaceable security and economic partnership could not have been achieved without the passage of the Taiwan Relations Act thirty-eight years ago. Secretary of State Tillerson reaffirmed those commitments in his confirmation hearing earlier this year before the Senate Foreign Relations Committee when he stated that “the U.S. commitment to Taiwan is a legal commitment and a moral imperative . . . The people of Taiwan are friends of the United States and should not be treated as bargaining chip.”

Much has changed in the world and in the Asia-Pacific region since 1979, but the friendship between Taiwan and the United States, based fundamentally on the Taiwan Relations Act, remains as vital as ever.

Stanley Kao is a representative of the Taipei Economic and Cultural Representative Office in the United States.