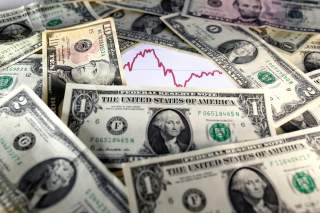 Out of nowhere, it seems, candidates, business people, and policymakers have begun to talk about modern monetary theory (MMT). Depending on who is talking and the audience before which they are talking, claims for what MMT justifies can sound radical indeed. The theory is sometimes said to explain why budget deficits do not matter or why Washington, without fear of inflation, can simply print money to cover a budget shortfall. As exciting as all this can sound, such talk obscures the economics behind MMT. When examined outside political posturing, the theory is neither as radial nor as one-sided as such claims sound. At least as described by its major spokesperson, Professor Stephanie Kelton, economic advisor to Bernie Sanders during his 2016 campaign, MMT resembles nothing so much as a revival of the theories first articulated by the great economist John Maynard Keynes in the 1930s, which, it is worth noting, differ considerably from the free-spending policy approach that goes under the name “Keynesian economics.”

Take the question of government budget deficits. Progressive arguments and “Keynesian” orthodoxy invite spending of any kind as a way to stimulate the economy and redistribute income more equitably. If deficits grow too large and threaten the economy’s well-being, then that orthodoxy recommends tax increases, usually on the wealthy. Many politicians, particularly proponents of expensive initiatives such as “Medicare for all” and the “Green New Deal,” reference MMT to justify what is actually a conventional Keynesian approach. Contrary to this theoretical abuse, Kelton draws on the original thinking of Keynes to argue that deficits do indeed matter. As she makes clear (and Keynes made clear) the effects for good or ill depend on the cause of the deficit. Not all deficits are alike.

The impact of red ink depends on whether the policies that create it promote economic growth or not. Kelton argues, not unreasonably, that spending on infrastructure or education or research and development can foster enough acceleration in the pace of economic growth to pay for the initial debt increase. She has a progressive political bias, so she does not mention that deficits to support spending on transfers—welfare, unemployment, Social Security, and the like—might have a negative impact on growth prospects and so could have ill effects on the economy by adding to debt without increasing the wherewithal to shoulder it. (Medicare for all and the Green New Deal might fall into this category.) No doubt for similar reasons, she ignores the notion that deficits caused by tax cuts might serve the economy well in time by raising growth prospects and so the ability to shoulder more debt. Whatever her preferences, however, her MMT theory could as easily justify Reagan-like “supply side” economics as it explicitly does increased spending on infrastructure.

With similar broad applications, Kelton draws on Keynes to argue against conventional Washington thinking on the evils of deficits regardless of the policies that create them. In this regard Paul Krugman, contrary to his self-image, stands as a bastion of orthodoxy. He holds that any budget deficit for whatever reason bodes ill for the economy, that red ink always does harm because it puts the federal government in competition for available credit, driving up interest rates, crowding private borrowers out of the market, and thus forcing them to cancel expansion plans, especially the capital investment plans of business. MMT, again drawing on Keynes, takes exception to this line of thinking. It contends that rate increases matter little if business decision makers are optimistic, if their “animal spirits,” to use Keynes’s phrase, are high. If infrastructure spending creates optimism (or tax cuts do), then business will borrow and expand even if interest rates are high. Orthodox interest rate concerns are, in Kelton’s (not Keynes) words “weak tea.” By the same token, MMT (and Keynes’s work) contends that pessimism in business people will keep them from expanding no matter how low rates fall.

This condition of low animal spirits, Keynes argued, was one thing that plagued the economy during the Great Depression. It may also explain why capital spending by business remained so weak between 2008 and 2016, despite historically low interest rates. The business community certainly had ample reason for low animal spirits. Early in that period, painful memories of the financial crisis and the great recession surly discouraged business decision makers. On top of that, the Obama administration demonized business and imposed a raft of new regulations that, whatever their other virtues, diminished profit prospects. And while the president through that time spoke of the need for tax reform, he did little to reduce corporate tax rates that stood higher in America than in just about every country in the developed world. This kind of environment could not help but depress animal spirits and keep down corporate borrowing and expansion plans. Next to this effect, near-zero interest rates might well have tasted like weak tea.

The dubious part of MMT, at least as Kelton describes it, emerges on the subject of inflation. Orthodox thinking contends that excessive money creation causes excessive demands (too much money chasing too few goods) and so leads to inflation. She claims that money creation is entirely harmless, that the government can create money freely to finance deficits. Despite considerable evidence in support of conventional thinking, she insists that the great inflation of the 1970s and early 1980s had nothing to do with excessive money growth but instead was purely the result of increasing costs, what economists call “cost push” inflation. The oil price hikes engineered by the Organization of Petroleum Exporting Countries (OPEC), she argues, created the rise in the overall level of prices throughout the economy simply by raising costs. This is a strange claim. If all that happened were the oil price increases, then the rising cost of fuel would have so eaten up available spending power that the economy would have gone into deep recession. It did. It would have been worse had the Federal Reserve, in an effort to blunt those real economic effects of oil prices increases, not expanded money flows dramatically. It was this expansion, not the rising cost of oil, that created excessive demand generally and the general inflation that ensued.

If, despite Kelton’s arguments, excessive money growth remains an inflationary danger, then the rest of her work stands on firm, if not indisputable ground and has a claim to serious thinking. That, however, is not what the political actors who reference MMT are doing. As has always been the case, the politicians pick and choose from theory, grabbing whatever supports their agenda and ignoring the parts that clash with it. Kelton, who politically has much sympathy for Bernie Sanders’s agenda, nonetheless as much as admitted his lack of regard for theoretical coherence. When asked how much she influenced his thinking when she worked for him during his 2016 campaign, she said that he pretty much had his agenda set before she joined his effort. She just helped where she could. This statement is more than modesty. It explains why it is essential to take political claims for any economic thought, MMT included, with a grain of salt.