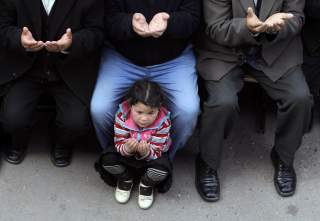 Immigrant communities in America have grown cohesive—and sometimes even powerful—by organizing themselves into civically aware and politically active diasporas. But for immigrants from Central Asia, one of the youngest communities in the United States, growing numbers have yielded little in the way of political cohesion.

Some 350,000 immigrants have arrived from these former Soviet countries since the 1950s. The largest group, Uzbeks, is scattered from Key West, Florida, to Anchorage, Alaska, with estimated numbers at 250,000 strong. Brooklyn, New York, has become a self-contained “Little Uzbekistan,” centered on the Brighton Beach neighborhood: colorful stores and restaurants, supermarkets and bakeries abound.

Yet these new Americans—citizens and Green Card holders—remain atomized and politically passive, focused mostly within their communities rather than on civic debates and public responsibilities.

Now, that may be changing, as a terror attack perpetrated by just one member of the community has served to repulse the entire community. The October 31 attack in New York has fueled new debates about what it means to be both Uzbek and American at a time of political ferment in the United States around questions of extremism, immigration, and both the causes and consequences of terrorism.

The October attack, perpetrated by Sayfullo Saipov, a permanent U.S. resident originally from Uzbekistan, has engendered heated public debate among Uzbeks across the world over how he should be identified and what his origins and journey to and in America mean for the community writ large.

Saipov has told a federal court that his goal was to kill as many people as possible, showing his loyalty to the Islamic State, which, he says, inspired him through its online propaganda.

In fact, U.S. authorities believe that Saipov, who received a Green Card through the Diversity Lottery Visa Program in 2010, was radicalized in the United States, not in his native Uzbekistan. Many security experts and specialists on the region agree. That may be one reason that, for the first time, the Uzbek government in Tashkent expressed condolences in the wake of the attack and has demonstrated a considerable eagerness to cooperate with the U.S. investigation.

But the Uzbek-American community is clearly wounded by the implication that its ranks could have bred a “terrorist” in their adopted land. An emotional outpouring has ensued, including heated exchanges on social media and feedback to news organizations such as my network, the Voice of America, critiquing coverage of the New York attack on the grounds that we have covered the suspect as an “Uzbek” rather than a generic “terrorist.”

These voices argue that a terrorist is a terrorist: nationality or ethnicity should not factor into the debate lest it cast aspersions on an entire community.

Notably, this has also been the widely held view of Uzbeks in Uzbekistan itself. “Characters like Saipov do not belong to Uzbekistan,” writes one young researcher from Tashkent on Voice of America’s Facebook feed: “Our government knows how to deal with anyone who supports radicalism and extremism. We make sure that there are no Uzbek terrorists. So this guy who left Uzbekistan a long time ago is an American now and his actions should be analyzed in that context.”

Indeed, many Uzbeks still in their homeland refuse to digest “bad news” involving their overseas compatriots, accusing the West of unfairness and injustice. Don’t single out “Uzbeks,” they write and say. After all, several white Americans, they argue, have also committed mass murder—and killed more people.

But the Uzbek-American community has been especially anguished by the implication that they should be associated with the likes of Saipov. And this points to the underlying tension between how deeply people feel about their adopted identity as true Americans, living in the United States and committed to its principles, and the fact that they also maintain deep roots in their ethnic and linguistic community.

Community leaders, such as Olim Sharipov in Chicago, say that terrorists have no country, no religion and no national identity. He and many others claim that by committing evil acts, people like Saipov strip themselves of any identity: they are neither American nor Uzbek nor anything else, for that matter; no one should wish to claim them.

But can a terrorist, radicalized in the United States, be separated entirely from the context from which he came?

Steven Swerdlow, a researcher at Human Rights Watch, argues that the context in Uzbekistan may matter more than the community in America might believe: “Obviously,” he argues, “we should not overemphasize his Uzbek nationality, but it is important to understand the circumstances of the country he comes from.”

Uzbekistan is not the overgeneralized “hotbed of Islamic extremism” that some Western media have claimed. Still, while the community at home and abroad may resent the association with “terrorists,” conditions in Uzbekistan have played a role in fueling exit from the country in the first place. Lack of justice, widespread corruption, poverty and complex socio-economic conditions are the principal factors that drive millions of young Uzbeks to look for opportunities overseas. And a small percentage of these people may have turned to ISIS and other radical movements.

Swerdlow, whose organization is hoping to reopen its office in Tashkent now that a new president, Shavkat Mirziyoyev, has taken charge, sums up the local Uzbek reaction as devastated: “People are very shocked. People are ashamed. People really are just scratching their heads and saying how could this happen? Why is it one of us?” Many “seem to think that what ties these cases together is this ignorance, lack of education, lack of opportunity, just a real lack of context that some of these young people have growing up here. I think there is a painful recognition that there are some serious gaps in the education system, in the social and communal networks, societal networks that should be helping to form individuals in a stronger way.”

But the community itself is deeply conflicted. For one, Uzbeks worldwide are intensely proud of their ancient history and rich cultural heritage. They also are at pains to note their successes as an immigrant community in America.

Indeed, one reason that so many Uzbek-Americans now fear being associated with terrorism is that at least forty thousand have immigrated as Green Card winners over the last two decades, building businesses and brighter futures in the United States. Thousands still seek a brighter future in the lottery each year. Immigrating to America is a dream for millions of Uzbeks. They fear that the small handful of Uzbeks who have been accused of supporting terrorism or arrested over the past six years may now jeopardize this success story—and deprive them of the right to travel, much less immigrate, to the country. New York has seen at least seven Uzbek-related terror cases since 2015. Uzbeks fret about guilt by association.

President Donald Trump is now pushing to end the Diversity Lottery Visa Program. There has also been speculative talk about adding Uzbekistan to the countries named in the administration’s travel ban.

And all of this, especially when taken together with fears of guilt by association, has begun to inject greater political awareness into the community.

That would be a remarkable development, especially for such a recent immigrant community. Central Asians, both separately and as a regional group, are very far from being a “diaspora”—at least in the way the term has been used in the American context. While the gross numbers of Central Asians in the United States have mushroomed in recent years, they are atomized into disparate and distinct communities—Uzbeks in New York, Kyrgyz in Chicago, Kazakhs in Texas, and so on. These, in turn, lack structure and cohesiveness within their ranks. Social and business groups have formed, but not necessarily political ones. Certain individuals or families, rather than associations or institutions, play the most important roles. What is more, these separate communities also tend to be parochial in their goals and vision.

One handicap has been the unwillingness, and utter lack of preparation or capacity, to lobby for political causes—including even their own. In its simplest definition, a “diaspora” is a group away from home, based around a population scattered abroad. But in the United States, the term “diaspora” has come to mean an ethnic group organized for action, with political power and a track record of civic impact.

So one test for Uzbeks—newly energized by Saipov’s October attack to vigorously deflect guilt by association—is whether they will now begin an organized lobbying effort on behalf of their community, or even for various interests back in Uzbekistan.

Non-central Asian communities from the former Soviet Union have made some “progress” in this narrowest sense, but mostly by lobbying against one another: the Armenian diaspora lobbies against Azerbaijan, the Ukrainian diaspora lobbies against Russia, and so on. But there have been no real efforts by Central Asian Americans to lobby state legislatures across the country or even Congress and the executive branch in Washington. Some Central Asian political activists try to engage American politicians and policymakers, but this is not truly “diaspora” lobbying yet.