Values Will Decide the Next Cold War 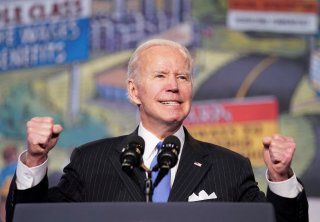 Ukraine has become a proxy war auguring a global confrontation among democracy, illiberal democracy, and autocratic/authoritarian systems to determine which will dominate the world. And it will be brutal; co-existence is ruled out because values cannot be divided.

Already, we are seeing countries like China, India, Indonesia, Brazil, and South Africa proving reluctant to condemn Russia’s aggression and refusing to participate in the Western sanctions campaign. Why did they do so despite calls for them to stand up to naked Russian aggression?

In these states’ eyes, the United States’ uncompromising support for human rights, dissidents, and freedom of expression are interference in domestic matters. They see human rights policy as a vehicle for regime change, as was the case in Afghanistan, Iraq, Libyan, and Syria. A good deal of popular resentment towards the United States and Europe synchronizes with political leaders, not the dissidents, and not at all with “the West.”

In Ukraine, China is caught between the devil and the deep sea. Russia violates the basic principles of sovereignty and territorial integrity that China upholds, which are vital for its position on Taiwan—which China says is its province. A bigger and stronger Russia is not good for China as the two countries compete for influence in Central Asia. The risk of sanctions spilling over against China, directly or indirectly, send shivers down the spine of its economic planners.

Russia’s fundamental objective is to prevent Ukraine from turning into a well-functioning Western country. If a neighbor, a former republic of the Soviet Union, is successful, Russians may be tempted to try the same model. That would spell the end of President Vladimir Putin’s regime. No price is too high to prevent that from happening.

If Russia’s political system fails, opening the door for a Western-style approach, not only will China be left alone without a value-based ally, but the Chinese population may be affected too. The Chinese people have gotten used to China and Russia nurturing a strange kind of ideological kinship grounded in opposition to the West. The Chinese leadership has concluded that the collapse of the Soviet Union was due to Western interference undermining the Communist Party. Such a scenario must never be allowed to take place in China. Again, no price is too high to prevent it.

For the moment, Russia, China, and other illiberal countries are focusing on defending against what they see as a Western value-based offensive. But for how long? They account for, by far, the largest share of global population. Future economic growth will largely come from them. Although currently an open question, they may do well in adopting new, innovative technology. They certainly sit on a high share of global resources.

The Russo-Ukrainian War has shown that, despite doomsday predictions, democracy is alive and kicking. But the forecasts do not lie; time is not on democracy’s side. Democratic states would be wise to start thinking about how not to lose in the long run. The global steering system under the UN’s auspices currently favors the United States and Europe; the West should offer to share power and governance.

What is sometimes classified as a rather aggressive policy to promote democracy has created few friends, many enemies, and debatable results. Many countries under the non-democratic label balk at the United States and Europe lecturing them; they view American promotion of democracy as inherently hypocritical.

By far, the most successful policy would be to make sure that the model works at home. If other countries and their populations spot an effective model delivering a higher and better living standard while solving problems such as Covid-19, they may be attracted to it. If not, why should they? Further, the West must open its doors for people-to-people exchanges, students in particular, to give foreigners first-hand experience in how democracy works.

Let the virtues of democracy speak for themselves. This is how the West won the last cold war, and how it could win the next one.