Venezuela’s Hyperinflation—Weimar or Zimbabwe on the Caribbean? 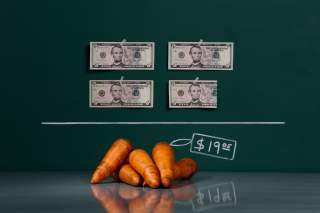 Venezuela has the dubious distinction of having the world’s highest level of inflation. According to the International Monetary Fund (IMF), Venezuela’s estimated inflation rate in 2017 was 1,087.5 percent. The runners-up were the Democratic Republic of Congo (41.5 percent), Sudan (32.4 percent), and Angola (31.7 percent). Sadly, the IMF expects that Venezuela’s hyperinflation will go even higher, with the country on track to hit 1 million percent inflation.

In many ways, Venezuela’s climb into the world’s number one inflation slot is an amazing achievement. The once-wealthy Latin American country with an extensive Caribbean coastline has now reached the hyperinflation big leagues that puts it in the same historical bracket as Germany’s Weimar Republic during the 1920s and Zimbabwe in the late 2000s. The political outcomes for hyperinflation in Weimar Germany and Zimbabwe are hardly reassuring for what happens next in Venezuela. Although history does not exactly repeat itself, it can provide an idea of possible scenarios.

Venezuela is looking at “wheelbarrow” hyperinflation reminiscent of Germany in the early 1920s. During the period from 1918 to 1923, the German mark deteriorated to the point that people were allegedly seen pushing wheelbarrows of rapidly depreciating marks to pay their bills as quickly as possible. As historian Adam Fergusson noted in his When Money Dies: The Nightmare of the Weimar Hyper-Inflation, “The year 1923 was one of galloping inflation when a kind of madness gripped Germany’s financial authorities and economic disaster overwhelmed millions of people. It was the year of astronomical figures, of ‘wheelbarrow inflation,’ of financial phenomena that had never been observed before.”

Germany’s hyperinflation was pushed by a combination of factors that included war (where prices went up on basic staples like food), moving off the gold standard, the payment of reparations for the war, and an inability of the central bank and government policymakers to come to grips with the country’s problems. That latter issue also encompassed how to deal with demobilized troops, having parts of the country occupied by foreign armies and having lost actual territory to rival powers.

For Germany, 1923 was the year that saw one dollar worth 4,200,000,000,000 marks. It also observed the German economy shift into a barter economy, where art, jewels, and fine wines were traded for basic staples, such as milk and bread. The economic chaos also eroded the Weimar Republic's weak political institutions, with radical leftist and rightwing forces battling it out for power in the streets and beer halls. The outcome was the fall of Weimar democracy and rise of Adolf Hitler.

In Zimbabwe, inflationary pressures began in the late 1990s following a series of actions and causes. These were: the expropriation of white settler farms (which caused a drop in agricultural production, higher food prices, and famine); a costly involvement in the conflict that racked the neighboring Democratic Republic of the Congo (1998-2000); ineffectual price and foreign exchange controls; and chronic corruption. Peak hyperinflation was 231 million percent in 2008. During this period the country defaulted on its debt, was largely cut off from external financing, and suspended its currency in 2009, relying on the U.S. dollar and a handful of other currencies. The dictatorial Robert Mugabe, who came to power in 1980 and at various points described himself as an African nationalist, Marxist-Leninist and then Socialist, presided over one of the world's longest running kleptocracies. With a bankrupt economy in the background, he was finally ousted from power in 2017 at the age of 94.

Sadly Venezuela has already gone over the edge into the abyss of monetary chaos. In July 2018 Alejandro Werner, the Director of the Western Hemisphere Department of the IMF, provided an update on Latin American and Caribbean economies. He noted that real GDP growth is expected to contract by around 18 percent in 2018 (following 16.5 percent and 14 percent contractions in 2016 and 2017 respectively), continuing a multi-year string of contractions. The main drivers for the brutal decline are a “significant drop in oil production and widespread micro-level distortions on top large macroeconomic imbalances.”

Regarding inflation, Werner was brutally frank, noting, "We expect the government to continue to run wide fiscal deficits financed entirely by an expansion in base money, which will continue to fuel an acceleration of inflation as money demand continues to collapse. We are projecting a surge in inflation to 1,000,000 percent by end-2018 to signal that the situation in Venezuela is similar to that in Germany in 1923 or Zimbabwe in the late 2000s."

Werner also warns of what is likely to lie ahead, something that impacts not just Venezuela, but the rest of the South American and Caribbean neighborhood. He noted, "The collapse in economic activity, hyperinflation, and increasing deterioration in the provision of public goods (health care, electricity, water, transportation, and security), as well as shortages of food at subsidized prices, have resulted in large migration flows, which will lead to intensifying spillover effects on neighboring countries."

What comes next for Venezuela? It is safe to say that the Maduro government’s stewardship of the economy has not worked well. The country’s economy has been destroyed by a combination of over-reliance on oil, a willingness to drive entrepreneurs and foreign capital out of the country, price and foreign exchange controls, an elevation of regime loyalists over experts, and widespread corruption. The country’s poverty rate has risen from 55 percent in 1998, when Hugo Chavez came into power and embarked upon his own brand of socialism, to a little under 90 percent today under his successor Maduro, who came into office after Chavez died in 2013.

Venezuela is now a barter economy, basic goods are hard to find, and many of its people have left or are thinking of leaving. A damning assessment of Venezuela's economic mismanagement was given by the Washington-based Center for Strategic & International Studies' Moises Rendon and Mark L. Schneider who noted, "Resembling a country at war, Venezuela is enduring an unprecedented man-made humanitarian crisis, causing a mass exodus of its people. Extreme food and medicine shortages, hyperinflation, rampant crimes in every city, thousands of children dying of malnutrition, constant electric blackouts, looting and repression have caused 1.2 million Venezuelans to flee the country over the past two years."

Venezuela's hyperinflation is a symptom of severe political decay and an inability of the ruling regime to come to terms with the stark realities of its ideologically-driven policies. Maduro spends much of his time blaming the United States and Europe for waging an economic war on the Venezuelan people, but he only needs to look closer to home. The economic drift to a new bottom is likely to continue. In Zimbabwe, Mugabe was ousted, but the economic misery continues. Venezuela faces the same outlook—even if Maduro is forced out and oil prices run higher, it will take decades to repair the damage. History may not repeat itself, but it often has parallels. Venezuela is not Weimar Germany, but it appears very much on the same track as Zimbabwe. Sadly, it can be said that Venezuela has become Zimbabwe on the Caribbean.

Scott B. MacDonald is the chief economist at Smith's Research & Gradings. The views expressed here are his own and do not necessarily represent those of Smith’s Researcher & Gradings.

Image: A kilogram (2.2 lbs) of raw carrots as photographed in a studio with an illustrative price tag of $19.05 (US dollars), equivalent to the Bs. 120 (bolivars) that it costs on average to purchase in Caracas at the official exchange rate of 6.3 bolivars per dollar, in Caracas September 29, 2014. Venezuela's economic crisis has led to some shocking and surreal price distortions that hit people's buying power dramatically. While the government of President Nicolas Maduro calls the country's minimum wage of Bs. 4,252 the highest in the region when converted to $675 using the official exchange rate, the galloping black market for currency considers it as just $42.50 when converted at the street rate of Bs. 100 per US dollar, the rate which many importers and retail outlets must use to acquire hard currency. Venezuela's annual inflation rate of more than 63 percent is the highest in the Americas, according to official statistics. Picture taken September 29, 2014. REUTERS/Carlos Garcia Rawlins (VENEZUELA - Tags: BUSINESS POLITICS FOOD TPX IMAGES OF THE DAY)