Vice Presidential Debate: Did Kaine and Pence Cancel Each Other Out? 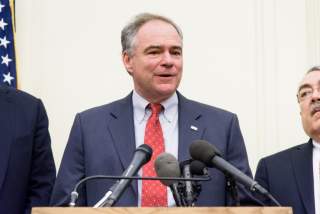 Message to Governor Mike Pence: we go to battle with the Trump we have, not the Trump we wish we had. Message to Senator Tim Kaine: at least make your lies congruent. Last night's debate was a job stimulus for the fact-checking industry. Kaine taught us that President Obama's Iran nuke deal eliminated Iran's nuke program and Pence tutored that Trump wants a tough stance on Russia. The campaigns used last night as a testing ground for new spins on old lies and to mask the unpleasant reality at the top of the tickets.

Policy junkies eagerly awaited the show-off. At least, in theory, it offered some escapism from the the 2016 election—but not in reality.  Whether defending or attacking, the candidates seemed to say whatever they wanted with little tether to substance or reality.

Pence easily won with style. His cool, calm demeanor contrasted sharply with Kaine's Trump-like interruptions and hyperactivity, but Pence's victory came while defending a Donald Trump that does not exist. Pence's smoothness did a good job masking the fact that he less defended attacks on Trump than ignored them. It is easy to win a vice-presidential debate when you reinvent the presidential candidate.

Pence represented small government, fiscal restraint, social conservatism and foreign policy hawkishness, all things Republicans tend to grumble are missing from the Trump platform. It gave small-government conservatives a breath of fresh air, but therein lies the rub. So striking was Pence's contrast with the reality of the Trump/Pence platform that the talking heads on CNN last night thought Pence gave us his 2020 electoral platform instead of defending Trump. No doubt, the news today will gloss over how Pence gave better answers to policy questions and home in on the fact that his answers seemed to have no bearing on his running mate.

For example, Pence apparently wants to make cyber security a policy priority. Cover your ears Wikileaks. Mexico did not get a bill for a wall. And Pence said explicitly that he does not respect Vladimir Putin's leadership (even though he favorably compared Putin's leadership to President Obama's on camera before).

Kaine performed no better. The Clinton campaign must have good polling data for the notion that killing Osama Bin Laden muddies the point that Clinton's time at the State Department made terrorism as rare as oxygen. He said it a lot. Even if he made the mistake, as did President Obama, that Al Qaeda is synonymous with terrorism, the talking point is silly. Al Qaeda in the Arabian Peninsula (AQIP) now controls large swaths of territory and keeps security officials up at night, and Al Qaeda's Syrian affiliate is one of the primary combatants of the Syrian meat grinder.

Team Clinton must also like the polling they get on the notion that Bush is to blame for the precipitous Iraq withdrawal, a ludicrous proposition, but one they have peddled in two debates now. Had Kaine not larded his positions with other howlers the moderator might have teased out some of the many contradictions. For example, Kaine did not bother unpacking the obvious point: the Clinton/Obama Iraq withdrawal midwifed ISIS. At the same time, Kaine claimed that the Iraq withdrawal helped fight terrorism by taking targets off the backs of 170 thousand soldiers. But at the same time, he claimed that withdrawing our troops from Iraq was one of Clinton's greatest achievements.

Bizarrely, Pence's criticism raised none of the obvious critiques above. Instead, he made the pedantic point that Secretary Clinton did not renegotiate the Status of Forces Agreement (SOFA) with Iraq, implicitly accepting Kaine's premise that George Bush forced the Iraq withdrawal—a withdrawal that was an animating principle behind Obama's 2008 campaign.

The policy highlight of the evening came when the moderator asked about North Korea. Yes, both candidates failed to mention missile defense, and Pence missed the mark with the non sequitur that we should build up our military, but he made up ground by pointing out that, diplomatically, we let North Korea's neighbors off the hook. Kaine agreed and correctly pointed out that even China has grown uncomfortable with Pyongyang's behavior, though neither made the obvious point that Washington should use that to our advantage.

But, as if policy made them uncomfortable both candidates got somehow sidetracked with their respective candidate's shady charitable foundations and then accused the opposing campaign of being too insulting.

If anything, this theme of the other campaign being more insulting transcended the debate...and with no self-introspection, whatsoever.  We got it instead of policy on immigration, a vital security interest and one where Washington's failure to fix it rightly angers voters. Pence did not even bring up Trump's wall gambit. Neither brought up visa overstays, something that accounts for 40 percent of this country's illegal immigrants or suggesting a solution.

As in the presidential debate, we saw no discussion of radical Islamic ideology. We got no real discussion of the South China Sea, China or Russia.  Europe and the Middle East may as well not exist. The same goes for the economy, entitlement reform, the sclerotic nature of our national security institutions, NATO, healthcare, etc. When the candidates did brush over the issues, it was usually superficially or to try out clunker one-liners.

Typically, vice-presidential debates, even memorable ones, do not change the fundamentals of a race. Vice President Lloyd Bentson would attest to that. Perhaps last night slowed Clinton's momentum, though Clinton and Trump supporters should not read too much into Pence's superior temperament. On substance, Kaine and Pence seemed to cancel each other out.

To be sure, both of these men had tough jobs defending their bosses, but instead of doing so they just invented new ones.  Make-believe Trump and Clinton sound grand, but, unfortunately for Kaine and Pence, the real Trump and Clinton may be the closest humans can come to that sound fingernails make on a chalkboard yet that is who they must defend. Pence and Kaine exist on their respective tickets to do so. As impossible a task as it might be, both failed.