Violence Against Trump Supporters: Who Is to Blame? 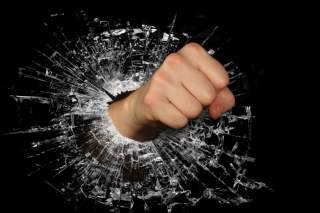 If you are physically assaulted at a Donald Trump rally because you are there to support the presumptive Republican nominee, do you deserve it?

Even if you are a victim of the violence, is it primarily the fault of the protesters who attacked you or the candidate who incited them in the first place?

If you ask Trump’s political opponents who was to blame for the riots that followed his rally in San Jose Thursday, the answer is clear.

“At some point Donald Trump needs to take responsibility for the irresponsible behavior of his campaign,” said San Jose’s Mayor Sam Liccardo, a Democrat.

Hillary Clinton condemned the violence against Trump supporters. She also said the billionaire sets a “bad example” for nonviolent, civil discourse and a “low bar” for behavior at his rallies.

For months, Clinton and Bernie Sanders have blamed Trump for fighting and protests at his campaign events—even though the organized protesters are often easily identifiable Sanders supporters. “Socialism works” placards were reportedly seen at the San Jose disturbances.

There is no question that Trump has at times encouraged rough treatment of the demonstrators he has made a big part of his act. “Get him out of here!” he yells as security escorts people who disrupt his speeches from the venue. Those are the less eventful disruptions. He has occasionally egged on supporters who punch out anti-Trump demonstrators and in at least one case suggested he would pay their legal fees.

But Trump supporters do not generally disrupt or violently protest Clinton, Sanders and rival Republican campaign gatherings, aside from stray hecklers. Trump had to cancel an event in Chicago due to threats of violence. Have Clinton or Sanders? A young woman wearing a Trump shirt was pelted with eggs and a man was bloodied in San Jose. How many comparable events have there been involving the other candidates’ supporters?

Pace Liccardo, it was not the Trump campaign whose behavior including waving Mexican flags while burning American ones in San Jose.

Many liberals and anti-Trump conservatives have spoken out against the more violent protesters who have engaged in attacks on the real estate developer’s voters. Not only do they risk triggering a Silent Majority-style backlash from which Trump may benefit. The right to support candidates and attend rallies is deeply ingrained in our Constitution and American tradition.

Yet many of these commentators regard Trump as not just misguided or wrong on particular policy issues. They consider him fundamentally illegitimate, a fascist who potentially poses an existential threat to our current form of government.

In October, Ben Carson was asked at a Republican presidential candidate if he would abort a fetal version of Adolf Hitler. Whether one would travel back in time to kill baby Hitler based on what we know now about the Holocaust and Nazi crimes against humanity has long a question posed in ethics classes. It has since become a popular internet meme.

If you believe the Trump campaign is itself a baby Hitler, is it not at least a little bit justified to punch one of his supporters in the nose? Or are Trump’s detractors engaging in hyperbole that might one day get somebody killed?

One can find often heated debates on these questions between the left and more centrist liberals on social media websites. Trump is further muddying the waters by calling the American-born judge presiding over the Trump University case a biased “Mexican.”

As some have pointed out, much of the political class in both parties assumes that Hispanics will not support a candidate or party that opposes amnesty for illegal immigrants or constructs a border security wall.

Nevertheless, a candidate who is widely suspected of anti-Hispanic racial animus and has shown no capacity to discuss ethnically or racially charged issues with the slightest nuance probably ought to proceed with caution here. Caution is not Trump’s middle name.

People who might have protested even Marco Rubio are not likely to feel they fit into Trump’s vision of America. And if they feel threatened by his candidacy, why not succumb to political violence?

“Let’s be clear: It’s never a shame to storm the barricades set up around a fascist,” wrote Emmett Rensin, an editor at the liberal “explanatory” website Vox, adding: “If Trump comes to your town, start a riot.” Vox suspended him, but he is not alone.

The Constitution was supposed to be the barricades set up around our liberty. We stormed those long ago.