Want To Be a Successful Dictator? Copy North Korea. 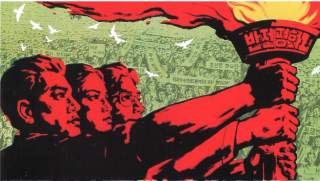 The White House has launched its review of U.S. policy toward the DPRK, making it a good time to dispel with the notion that the regime is unknown and unknowable, unpredictable and irrational, and to consider a number of international developments that dramatically shaped North Korea’s national security policy and domestic political institutions. As isolationist as North Korea’s leaders may be, they are nonetheless keen observers of developments around the globe. And while the regime is shaped in part by its own historical experiences and by the interpretation of Korea’s own past, the character of the regime is also shaped by what three generations of supreme leaders have learned from the experiences of other states over the past several decades. Based on an analysis of the declassified documents from the archives of North Korea’s former communist allies and of North Korea’s own media and publications, it is possible to understand how interpretations of these experiences shaped the current regime.

We consider five of those lessons.

Lesson number one: beware of the pitfalls in disclosing too much information

In February 1956, Soviet leader Nikita Khrushchev delivered a speech at the Twentieth Congress of the Communist Party of the Soviet Union denouncing the crimes and grotesque personality cult of the late dictator Joseph Stalin. The speech had far-reaching implications beyond the borders of the Soviet Union. As details of the so-called Secret Speech spread throughout the socialist camp, questions arose about the legitimacy of the Central and Eastern European regimes established under Stalin’s tutelage and the policy of strictly adhering to Soviet policies without consideration of local conditions. The negative response was sharpest in Poland and Hungary, where hundreds of thousands of people took to the streets in opposition to Soviet influence.

North Korean leader Kim Il-sung, himself a beneficiary of direct Soviet support after the country’s liberation from Japan and also the subject of a state-sponsored personality cult which rivaled that of Joseph Stalin, observed the developments in Poland and Hungary with horror. According to Soviet sources, Kim blamed instability on the leaders of the Polish United Workers’ Party for their unwise decision to disclose the news of Khrushchev’s criticism of the late Soviet dictator to lower-ranking party members and, subsequently, to the masses. Determined to prevent a challenge to the socialist order in the DPRK, Kim concluded—incorrectly in the estimation of Soviet officials—that it would be necessary to keep news of the speech and of developments in other socialist countries from lower-ranking members of the ruling Workers’ Party of North Korea and from the population of the DPRK.

Yet, a small group of senior officials in the Workers’ Party of North Korea learned of the Secret Speech through their ties to the Soviet embassy in Pyongyang and criticized Kim’s personality cult at a party meeting in August 1956. The North Korean leader purged these officials, and he took steps to curtail political pluralism in the party. Kim also took steps to make North Korea impervious to foreign influences by minimizing the impact of the Soviet Union and China on the trajectory of political, cultural and economic developments in the country. By the mid-1960s, Kim had succeeded in eliminating political pluralism through the establishment of the Monolithic Ideological System, which made the word of the sovereign absolute.

Lesson number two: choose a successor who will remain loyal

Kim’s decision to make North Korea the only communist country to adopt the feudal practice of hereditary leadership succession is tied to messy succession processes in the Soviet Union and China. As noted above, not long after Stalin died without anointing a successor, Nikita Khrushchev betrayed the late Soviet dictator’s legacy by denouncing him in his Secret Speech. Mao, by contrast, was betrayed by his appointed successor, Lin Biao, while still living when the latter tried to overthrow him in a failed coup. It is not difficult to imagine that Kim—who believed himself a great revolutionary figure on par with Stalin and Mao—would seek to secure his legacy by selecting a trustworthy successor. North Korea’s own literature points to these episodes to justify the practice of hereditary leadership succession. In particular, the book Theory of Successor, published by Chosen Soren, clearly shows that North Korea learned from the mistakes of the Soviet Union in leadership succession.

Despite having learned this lesson from other communist countries, Kim’s decision to appoint his son, Kim Jong-il, as successor was not welcomed by all in the socialist camp. When officially announced in 1980, the People’s Daily, an official newspaper of the Communist Party of China, admonished the North Koreans for adopting the feudal practice.

By establishing the practice of hereditary leadership succession in North Korea, Kim il-Sung’s legacy remained intact. Indeed, the state-sponsored cult of personality has developed a mythology surrounding the Kim family that extends back several generations to include his grandparents and parents, with grandiose tales of staving off foreign invasion or leading resistance to Japanese authority. In doing so, the regime, now under the leadership of the third in the dynasty, Kim Jong-un, sought to reaffirm its legitimacy by demonstrating that the Kim family has fought for Korea for generations, and is therefore morally and politically justified to rule.

Lesson number three: never entrust your national security to others:

The Cuban Missile Crisis had tremendous implications for military doctrine and diplomacy for the parties immediately involved in the event that brought the world closer to the brink of nuclear conflict than any other. It also had a profound impact on North Korea’s national security policies.

Despite having signed a Treaty of Friendship, Cooperation and Mutual Assistance with Moscow in July 1961, North Korea began to have doubts about Moscow’s trustworthiness as security-providing ally following the Cuban Missile Crisis, which Kim il-Sung viewed as capitulation to the United States. Kim believed that his suspicions about Moscow’s credibility and commitment to Pyongyang’s security were confirmed when the Soviets refused to supply the DPRK with military equipment worth about 100 million rubles in December 1962. After that, North Korea began developing autonomous defense capabilities by adopting the so-called equal emphasis policy Byungjin Line, whereby heavy industry and national-defense capabilities would be simultaneously developed at the expense of consumer goods and light industry. Starting in early 1963, North Korea also began to explore the possibility of developing an indigenous nuclear deterrent. By 1965, the percentage of North Korea’s national budget allotted to national defense rose to nearly 30 percent, up from 4.3 percent in 1956.

North Korea continues to allocate a disproportionate percentage of the national budget to the military. In 2013, the DPRK reintroduced the Byungjin Line and began focusing on the simultaneous development of the nuclear program and light industry.

Lesson number four: maintain the loyalty of the military

The tumultuous events surrounding the collapse of the socialist camp bore many lessons for Kim Il Sung and leader-in-waiting, Kim Jong Il. The advent of Kim Jong-Il’s Songun, or military-first policy, can be traced back to two events in 1989. The first is the democracy movement in China, highlighted at Tiananmen Square, while the other is the execution of Romanian president Nicolae Ceauşescu and his wife. Needless to say, the Communist Party of China continues to retain control as a result of the suppression of the democracy movement by the Chinese People’s Liberation Army. In contrast, President Ceauşescu and his wife were arrested and executed by the Romanian army. The North Korean media has repeatedly mentioned that socialist governments in Eastern Europe collapsed due to the betrayal of their armies. In other words, Kim Jong-il learned by contrasting the experiences of China and Romania that to preserve the regime, it was necessary to exert total control over the military. This led to the shift from a party-centered socialist system to a military-first one.

Following the death of Kim il-Sung in 1994, Kim Jong-il sought to overcome the serious economic and energy challenges caused by the collapse of socialist regimes in Central and Eastern Europe, as well as the devastating famine, to sustain the regime by manifesting the military-first policy. The concept of “songun” is strictly “songun directed by the Party.” Since the Seventh Congress of the Workers’ Party of North Korea in May 2016, the word, which was the symbol of the Kim Jong-il government, has been used less and less. However, there is no change in the fact the supreme leader reigns over—and frequently inspects—the military. At this point, Kim Jong-un’s control over the military seems stable.

Lesson number five: never give up your nukes

Kim Jong-il and his son and current North Korean leader, Kim Jong-un, took a cue from the experience of Libya’s Muammar el-Qaddafi, who voluntarily abandoned a nuclear weapons program in 2003 for improved relations with the West, only to be toppled and executed by NATO-backed rebels. Based on the experience of the late Libyan strongman, the North Koreans determined that they would be toppled—if not immediately, then at some point in the future—if they abandoned their nuclear weapons program. According to a statement of a spokesperson of North Korea’s Foreign Ministry, NATO’s actions in Libya “fully exposed before the world that ‘Libya’s nuclear dismantlement’ much touted by the United States in the past turned out to be a mode of aggression whereby the latter coaxed the former with such sweet words as ‘guarantee of security’ and ‘improvement of relations’ to disarm itself and then swallowed it up by force.”