A War with Iran Would Wreck the American Energy Market 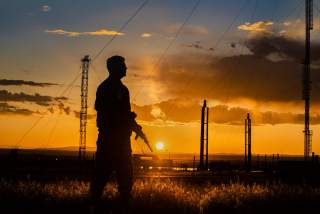 Reading Ilan Goldenberg recently described for Foreign Affairs what a war with Iran would look like. His analysis was informative, vivid and harrowing. But while his attention was focused primarily on the Middle Eastern theatre, I was wondering how such a skirmish would play out here in the United States.

Specifically, how it would look for Americans at the gas pump.

Goldenberg writes that even isolated, small-scale missile attacks or cyberattacks could drive oil prices to a now-unthinkable $150 a barrel, which is nearly $100 more than what West Texas Intermediate (WTI) crude futures are currently trading at.

While the U.S.-China trade war, a slowing global economy, and a massive surge in American production, has thus far kept prices in check (benchmarks are down twenty percent since April), markets are demonstrating their acute sensitivity to heightened tensions in the Middle East. After the attacks on oil tankers in the Strait of Hormuz last week, crude futures jumped more than four percent. After the Islamic Revolutionary Guard Corps (IRGC) shot down a U.S. military drone on Thursday, prices spiked 6 percent. On top of that, the Organization of Petroleum Exporting Countries and its partners (collectively referred to as OPEC+) are making good on their commitments to cut production, and some member states are boasting record compliance rates as they seek to curb output even more than originally agreed.

As the 2020 presidential election inches closer and closer, the last thing President Donald Trump needs is rising gas prices, especially during the summer driving season. And because crude prices generally account for around 60 percent of gas prices at the pump, a war with Iran would be a disaster for American motorists, especially considering that nearly forty percent of the world’s crude comes from OPEC. Putting a war with Iran into this context, Goldenberg’s prediction doesn’t seem far-fetched.

This exposes a major problem with American energy policy: if U.S. national-security interests are legitimately at risk due to recent Iranian behavior in the Middle East, Washington shouldn’t be hampered by fears of an energy crisis at home if it needs to respond with appropriate force. Such insecurity leaves the country less safe: bad actors like the IRGC or Hezbollah might decide an attack on American assets in the region is worth the risk if the Trump administration is wary of how a spike in the price of oil (and thus the price of gas) could damage the president’s chances of winning next year’s contest. Not only is such a lack of deterrence potentially damaging to American interests, it puts our closest allies in the region—chiefly amongst them being Egypt, Israel, Jordan, and Saudi Arabia—in danger too.

This dilemma could have—and in the future, can be—avoided. But in order to bridge the gap between American national-security concerns and U.S. energy supplies, the Trump administration needs to do some serious soul-searching as it relates to how it thinks about energy as a whole.

Since he first began his campaign for president more than four years ago, Trump has repeatedly touted his unequivocal support for what he refers to as “clean coal.” This consistency has manifested itself as recently as this week, as the White House moved to scale back Obama-era curbs on emissions created by power plants burning coal. For the president, this embrace of coal is powered by pure electoral considerations: of the top five coal-producing states, Trump won four of them in 2016.

But as studies have shown time and time again, there is no economic future in coal. And because of the sheer volatility of oil as a cheap, easy-to-access resource of energy (as the sudden events of this past week have proven), its reliability can easily be called into question.

The solution? An enthusiastic diversification of the American energy portfolio.

Of course, such a project is already underway and has been despite the White House’s deference to traditional sources of energy: renewable energy resources have doubled in terms of output of electricity in the last ten years, and now accounts for 17.6 percent of all electricity generation in the country. Nearly 90 percent of this increase has come from wind and solar, with hydroelectric and other renewables making up the other 10 percent.

Clearly, the administration has little to show for all it’s trying to do to reverse the progress renewables have made. Still though, seemingly arbitrary and ill-conceived attempts to change the emerging status quo—much to the chagrin of the energy economy’s biggest players—hurt way more than they help.

Trump and his top brass have so far resisted the science behind climate change and have ignored the economic forces driving a switch to renewables. And while the president himself has historically shown that he has little appetite for sacrificing more blood and treasure in the Middle East, Iranian military adventurism might force him to rethink his stance.

In that case, if the United States is forced to enter the fray, it should do so from a position of strength and not be bogged down by energy insecurities. Perhaps the Trump administration can be convinced to take another look at its energy policies for the sake of national security and market realities.

Fail to do so, and a conflict with Iran could prove another blunder in America’s long and drawn out presence in the Middle East.