The War in Ukraine Has Revolutionized Drone Warfare 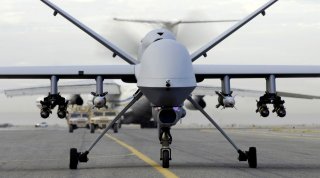 Modern unmanned aerial vehicles, widely known as drones, have been an indispensable part of warfare for the past two decades. America's use of Predator drones for reconnaissance missions in the Kosovo War against Serbian forces is known as the first time drones officially entered into the equation. At that time, hardly anyone noticed the capacity of these vehicles to change warfare. By the early 2000s, the United States began to use drones not only for intelligence, surveillance, and reconnaissance (ISR) missions but also for precision strikes, starting in Afghanistan.

For some time, the United States, followed by Israel, monopolized not only drone military operations but also the drone market. While these two states took advantage of the military edge provided by drones, it was impossible for other states to develop military drones with the capabilities of Predator, Reaper, or Heron drones. But this is no longer the case.

The success and effectiveness of drones on the battlefield pushed other states to follow suit. Turkey, among a few other states, was successful in developing its own indigenous, technologically advanced drones. This has resulted in what can be called the second drone age, an age where drone technology is no longer monopolized.

As drones started to be used extensively, new operational concepts started to evolve, radically transforming armed conflict. This is especially visible in the Russo-Ukrainian War, where drone usage dominates most of the highlights of the conflict.

Both Ukrainian and Russian forces have used drones for ISR and strike missions. Among these drones are the MALE Class Turkish Bayraktar TB2 and the Iranian Mohajer 6, which can fire precision-guided munitions, but also loitering munitions (or kamikaze drones), such as American Switchblade and Iranian Shahed 136 and Shahed 131 drones.

It didn’t take long for drones to become one of the most important instruments in the war in Ukraine. In the initial phase of Russian aggression, Ukrainian forces demonstrated adept use of Bayraktar TB2 drones, which effectively neutralized several advancing Russian forces, including tanks, artillery, helicopters, and missile defenses, as well as important maritime targets. Most notably, a Bayraktar drone contributed to the sinking of the Moskva, the flagship of Russia’s Black Sea Fleet.

Some have claimed that Ukrainian drones have gradually lost their effectiveness due to Russia’s increased effort to counter them by better organizing its logistics and air defenses, including its missile defense systems and electronic warfare capabilities. However, this has not stopped Russia from launching its own drone warfare campaign. Russia has begun launching hundreds of Iranian-made drones to attack Ukrainian targets or conduct ISR missions.

Drone warfare in Ukraine reached a new level when Russia began acquiring and using Iranian drones, although Iran initially denied any involvement. Russia has used Mohajer and several variants of Shahed drones to strike not only Ukrainian military components but also critical infrastructure, particularly the country’s energy infrastructure ahead of winter. Ukrainian officials say that Russia has been carrying out such strikes since mid-September. This is likely a result of Russia’s waning long-range precision strike capabilities, which intelligence reports suggest is due to Russia’s depleted stock of precision-guided missiles. Drones can compensate for this shortfall.

On the other hand, the Ukrainian battlefield also demonstrated that one needs a huge inventory of drones if the expected armed conflict will be lengthy and intense. The lessons learned from this can be seen in the rapid, increased interest from decisionmakers worldwide to focus on national production capabilities or, when that is not possible, to sign military agreements with the states that already have the necessary capabilities. The increasing number of states who have requested to buy Turkey’s Bayraktar TB2 is just an example of this proliferation trend of the second drone age.

However, the proliferation of military drone usage is not the only feature that we are witnessing. While the use of military drones has greatly impacted warfare, new elements witnessed in the Ukraine conflict raise a troublesome question: is a third drone age underway?

One of these elements is the use of civilian drones for military purposes. While this has been a common practice among violent nonstate actors, this is a new practice for states with novel military implications. For instance, Ukrainian officials said that they aim to build a fleet of drones and called upon citizens to donate their own commercial drones to the army. This approach has been concisely defined as “dronations.” Additionally, Ukraine has incorporated into its operations not only commercial drones, but civilians themselves are playing a crucial role. Described as the “democratization of military power,” this new trend is exemplified by Ukrainian citizens using cheap and simple technology to win on the battlefield. In one well-known example, a fifteen-year-old Ukrainian boy used a commercial drone to direct Ukrainian forces against Russian forces. It is exactly these sorts of practices that will lead to even more changes in how states conduct war, and as a result, affect change in the very character of war.

In this context, it is very likely that the trends witnessed in the Ukrainian conflict will propel other nations to follow the same lead by incorporating smaller, less expensive, and easy-to-produce drones into their inventory. Notably, we are seeing these drones being used more and more. One of the latest examples was the case of North Korea, which earlier this month launched five tiny drones on an ISR mission toward South Korean territory for the first time since 2017. The South Korean military failed to intercept the drones, leading Seoul to announce plans to build its own drone unit.

The Russo-Ukrainian War has demonstrated that, via technological advancements, the character of warfare is changing radically. Military and commercial drones have offered more to the war effort than expensive fighter aircraft or other military systems could in terms of cost-effectiveness and procurement opportunities. However, in this new drone age, the incorporation of commercial drones has brought with it the inclusion of civilian power into the equation. This has led to innovative operational concepts, which have demonstrated the power of simple, cheap, and easy-to-use technologies against the existing expensive and difficult-to-develop military mainstream.