A Warning: Why Should Anyone Trust Anonymous? 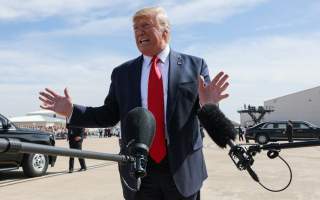 This week, Michelle Cottle, a member of the New York Times editorial board, not only acknowledged the existence of a Deep State, but also praised it as “a collection of patriotic public servants—career diplomats, scientists, intelligence officers and others—who, from within the bowels of this corrupt and corrupting administration, have somehow remembered that their duty is to protect the interests, not of a particular leader, but of the American people.”

The most (and least) identifiable member of this movement to subvert the U.S. government’s only nationally-elected office is the still anonymous author of the New York Times op-ed, “I Am Part of the Resistance Inside the Trump Administration.” Published last September, the author describes him- or herself as one of many members of the administration who are “working diligently from within to frustrate parts of his [Donald Trump’s] agenda and his worst inclinations.”

The author is described by the Times as a “senior official in the Trump administration,” most likely someone at the equivalent of a cabinet-level position. Numerous people have been sources of speculation, former Secretary of Defense James Mattis, conservative stalwart and former DNI Dan Coats, or even Vice President Mike Pence. Almost three dozen officials have denied authorship.

Now, the same author has written an entire book to reveal “the truth about the president,” so that the American people can stand in a voting booth informed over “whether to give him another term.” The book, entitled A Warning, will be published next month and pre-orders have already boosted it to #1 on Amazon.

“Who elected Anonymous? Why is it their duty to subvert an elected president? That to me is the bigger issue than publishing a book anonymously or pseudonymously,” says James Antle, editor of The American Conservative.

George Beebe, Vice President and Director of Studies at the Center for the National Interest and a former head of Russia analysis at the CIA, says the author had two choices. They could either express their views within the administration and attempt to change policies legitimately while in office, or they could resign and oppose what is happening from the outside. “But I think what this anonymous person has elected to do is neither of those two. It’s essentially to remain anonymous inside the administration, and yet attempt to criticize and change that administration from the outside through this anonymous publication. And I think that is unethical,” says Beebe.

“This gets to a problem many Trump critics have—they are unable to separate his conduct, which can indeed be inappropriate or worse, from legitimate policy disagreements,” adds Antle.

It’s unknown to the public whether or not the individual still holds office or has departed in the past year.

Axios revealed today that the anonymous official was a frequent participant in meetings and conversations with President Trump, wrote extensive notes and internal memos, and those inner conversations will be recounted in the book. Traditionally books of this nature go through clearances to make sure no secret information is released.

“First of all, it could damage national security by making it appear to people on the outside that conversations foreign leaders, allies, adversaries have with our president could be published,” Beebe says. “And this would erode trust in American ability to keep these things confidential and secret…But also it has a broader, longer-term effect on eroding our institutions.”

In the Nation, Jeet Heer recently observed that those cheering on government officials seeking to upend Trump may want to think twice. According to Heer, “This full-throttle enthusiasm for unelected government officials, including the spies at the CIA, should give us pause. Trump is a terrible president, but do we really want to leave major political events, including the impeachment of the president, in the hands of the intelligence community, with faith that they will be motivated only by patriotism?” In their zeal to oust Trump, it’s not a question that many of his adversaries appear to be pondering.