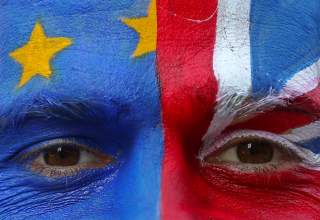 The British people’s decision to leave the European Union—also known as Brexit—will mark the end of Britain as a world power, Fareed Zakaria argued in a March 14 Washington Post column. The United Kingdom will become a modern “Banana Republic,” Zakaria argues, falling from heights of power to a stunning low “for Britain, Europe and the West.” This fact-free assertion is dangerously wrong.

Contrary to Zakaria’s account of British history, from the time of Cromwell until 1914, British national military strategy was guided by a prudent foreign policy that saw little strategic value in permanent alliances with continental European states. In numerous wars with France and Spain, Britain relied on German-speaking powers and, in 1812, on its Russian allies to carry the burden of war on the continent. Meanwhile, British sea power supplied Britain’s friends and blockaded Britain’s enemies.

The lesson was clear: unless Britain herself was directly attacked or her vital interests were threatened, London avoided war on the continent. The raising and commitment of massive armies to Europe’s continental wars contributed nothing to the defense of the British Isles, let alone to the security of Britain’s all-important overseas empire.

The start of World War I marked the end to this comparatively measured policy. As historian Niall Ferguson notes in The Pity of War, initially, no one in London saw any reason for Great Britain to fight alongside France against Germany. However, based on growing public support for war with Germany, the Prime Minister H. H. Asquith and his cabinet concluded that if they did not push for war, their government soon would be replaced by another that would. The decision to fight on the continent committed the British people to a war for which they were woefully unprepared.

The “Great War” killed a generation of British men, with locality-based regiments suffering losses that could wipe out the entire young male population of a village or region. The war fatally weakened Britain and emptied the British treasury, and World War II completed the empire’s decline.

In 1945, when Britain’s debt-to-GDP ratio reached 256 percent, The Economist editorialized that Britain’s reward “for losing a quarter of our national wealth in the common cause is to pay tribute for half a century to those [the United States] that have been enriched by the war.” Britain’s wealth and global influence, built and maintained in the previous three hundred years, was practically liquidated overnight.

London’s participation in two world wars, not Brexit, is what destroyed British national power. If anything, Brexit could well mark a return to an independent foreign policy that by 1900 arguably made Great Britain the richest power in the world. For example, President Trump’s July offer of a free-trade arrangement to Prime Minister Theresa May points the way to new prosperity for Great Britain.

Such a deal the United Kingdom could easily expand to include Norway, Iceland, Greenland, Canada, and Japan as the basis for a new North Atlantic Free Trade Zone made possible by the appearance of an ice-free sea lane through the formerly frozen Arctic Ocean. Transatlantic trade shapes the global economy as a whole, and the emergence of this Arctic passage promises to be at least as important as the diversion of trade to the Atlantic from the Mediterranean in 1492 after Columbus reached the Western Hemisphere.

The central question of international relations is not, as Zakaria would have it, how Washington can reinvigorate the comatose body of the postwar order that collapsed with the Soviet Union in 1989. The question for Britain is—and the question for the United States is—how to build prosperity in a radically changed world where China and other rising powers are  treated as economic competitors, not inevitable enemies in some future war.

As the British discovered in 1914, when global maritime powers (like the United States) fight a war with continental powers (like China), the conflict demands the persistent employment of powerful armed forces for years, draining national wealth and morale. The British Empire’s lesson for Washington is unambiguous: unless the United States is attacked, Washington should avoid direct involvement in continental wars. Unlike London and Paris relying on American aid in 1917, Washington cannot turn to another great power for the financing and military assistance the United States would need to prevail in a war with China.

Americans must defend our own liberty and property, but, like the British before 1914, seek to avoid involvement in purely local conflicts that do not impinge on U.S. national strategic interest. Preventing the emergence of a single bloc or empire from dominating the great Eurasian landmass should be a permanent red line in U.S. foreign and defense policy—a red line that both the American people and America’s trading partners on or near the Eurasian landmass can support. It’s a red line that potential opponents can respect, too.

Retired Col. Douglas Macgregor, U.S. Army, is a decorated combat veteran, a PhD and the author of five books. His latest is Margin of Victory, (Naval Institute Press, 2016).