Was Brookings the Hidden Hand Behind the Steele Dossier? 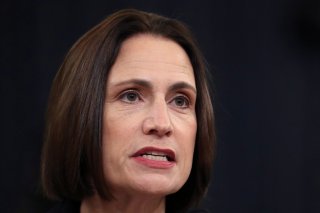 The liberal Brookings Institution is one of the oldest and most respected think tanks in Washington. It often serves as a holding station for leading Democratic officials during a Republican presidency. Janet Yellen, the Treasury Secretary and former head of the Federal Reserve was, for example, a distinguished fellow at Brookings during the Trump presidency. But more recently, the spotlight has started to become trained on Brookings in a fashion that may reflect a slightly less flattering portrait of the think-tank’s activities during the 2016 presidential campaign.

Special Counsel John Durham has charged Virginia-based analyst Igor Danchenko, a principal researcher for the Steele dossier who worked at Brookings for a number of years for Fiona Hill, with five counts of making false statements to the FBI. The dossier turned out to contain a farrago of lies and unsubstantiated claims that Steele himself was unable to confirm in a recent interview with George Stephanopoulos other than to try and bluster his way through. The Washington Post’s Erik Wemple tersely summed the so-called dossier up as “garbage.”

Durham’s latest indictment alleges that Danchenko fabricated a phone conversation between himself and a person he believed to be then-president of the Russian-American Chamber of Commerce. According to the Steele dossier, that conversation conveyed a “conspiracy of cooperation” between Trump campaign officials and the Kremlin.  The indictment further charged that Danchenko lied about his contacts with a Democratic party operative, Chuck Dolan, who acted as Danchenko’s source. Danchenko himself may turn out to be a minor figure in the investigation, but he does appear to be an entry point for Durham to unravel a possible wider Clinton campaign effort in 2016—one that sought to depict Donald Trump as a Manchurian candidate engaging in rampant collusion with the Kremlin and Russian president Vladimir Putin.

Danchenko was born in Perm, Russia, where he completed his law degree. He relocated to the United States in the early 2000s and proceeded to earn his MA from Georgetown University in the School of Foreign Service. A former classmate of his at Georgetown who spoke to the National Interest said that “he was clearly doing intelligence work. He knew too much. He had lots of details about the bread and butter of Russia—politics and business.”

Danchenko began his American career at the Brookings Institution, where he said he worked closely with economist Clifford Gaddy and Russianist Fiona Hill. Danchenko’s first big break came in 2005 when he somehow managed to obtain Putin’s 1996 dissertation. In a 2006 joint presentation with Gaddy, Danchenko alleged that large swathes of Putin’s dissertation had been plagiarised.

Fiona Hill took steps to advance Danchenko’s career. A Russia expert at a Washington think-tank tells the National Interest, “Danchenko was unusual because he worked forever at Brookings. Fiona needed to get rid of him or find a way for him to transition. So she introduced him to Christopher Steele. Danchenko is enterprising.”

Steele, of course, is a former British spy who ran a London-based intelligence firm. Steele had been contracted by the research agency Fusion GPS, itself hired by the Democratic National Committee (DNC), to dig up dirt on then-Republican presidential candidate Donald Trump. Hill also allegedly connected Danchenko to Chuck Dolan.

Correspondence published by Senator Lindsey Graham indicates that Danchenko was suspected by the FBI of acting as a Russian agent. According to information obtained by the Senate Intelligence Committee, the FBI assessed that Danchenko “had contact in 2006 with the Russian Embassy and known Russian intelligence officers…” Danchenko told a Russian Intelligence Officer in September of that year that he is “interested in entering the Russian diplomatic service one day.” In October, Danchenko contacted the Russian Intelligence Officer seeking a reply “so the documents can be placed in tomorrow’s diplomatic mail pouch…” The FBI further assessed that Danchenko made contact with a “Washington, D.C.-based Russian officer in 2005.” The FBI assessment noted that the two “seemed very familiar with each other,” adding that the “Primary Sub-source persistently asked about the interviewee’s knowledge of a particular military vessel.” According to an unredacted portion of  a declassified FBI report,  Danchenko “was the subject of an FBI counterintelligence investigation from 2009 to 2011.”

The FBI’s assessment was corroborated by Dolan. “He is too young for KGB. But I think he worked for FSB. Since he told me he spent two years in Iran. And when I first met him he knew more about me than I did. [winking emoticon],” wrote Dolan to an acquaintance in a 2016 email obtained by Durham. It is unclear why Dolan-- who himself allegedly attended several meetings at the Russian Embassy in the summer of 2016-- agreed to collaborate with a man he suspected of working for Russian intelligence on a political opposition research project commissioned by the DNC.

Now Durham’s new indictment raises no shortage of fresh questions about the FBI’s conduct. Why was the FBI so quick to act on the dossier’s fabricated leads, but so slow to interview Danchenko? Why, given the damage caused by his alleged criminal distortions, did the FBI grant Danchenko a proffer agreement when it finally came around to interviewing him in January 2017? Why, in its efforts to secure surveillance warrants on people close to Trump, did the FBI decide to conceal from the Foreign Intelligence Surveillance Court that Danchenko was himself a suspected Russian intelligence asset?

The new crop of allegations stemming from Danchenko’s indictment appears to suggest that Fiona Hill mentored, collaborated with, and actively promoted someone who helped to shape one of the most consequential political scandals in U.S. history. Despite participating in what amounted to an opposition research effort to portray Trump and members of his campaign as Russian stooges, Hill herself went on to accept a top post at the Trump administration’s National Security Council in April 2017. Did Hill suspect—and was she ever warned—at any point over the course of their lengthy professional relationship that Danchenko could possibly be compromised by Russian intelligence? Then there is the case of Victoria Nuland, a top Obama State Department official, who was also a senior fellow at Brookings. She has acknowledged that the Obama State Department hosted Steele for a briefing on the dossier. In June 2018, she told the Senate Intelligence Committee, “I actively chose not to be part of that briefing.” But she also said, “I was not aware of it until afterwards.” The two statements contradict each other. Her testimony indicates that she went out of her way to shun a briefing that she didn’t know about. If Republicans retake Congress in 2022, they may well conduct their own inquiries about just what took place during 2016.

Indeed, the Washington Examiner’s political correspondent Byron York called on Brookings earlier this week to conduct a thorough internal investigation to determine the scope of its role in the emergence of the Steele Dossier. Beyond the immediate political implications of the ongoing collapse of the Russiagate narrative, the indictment focuses overdue attention on the multifarious activities of a group of elites connected to the Clinton campaign who sought to besmirch a presidential candidate they disliked. It’s starting to look as though Durham, for one, will have more to say about that.