We Asked David Bromwich: What Should Be the Purpose of American Power? 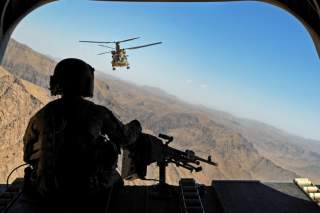 No nation has a purpose engraved on its character as the natural law was said to be engraved on the heart of a person. A nation, even more than a person, is a complex entity: you cannot touch, taste, hear, smell or see it as a whole. America’s purpose, if we have one, must be inferred from our actions, as measured by the judgment of sane and reasonably well-informed persons.

The elites that governed the United States between 1990 and the present were broadly agreed on our national purpose. We existed in order to dominate the world for the world’s own good. After all, most people everywhere wanted to be like us. On the other hand, a Gallup poll released at the end of 2013 showed that the United States is perceived worldwide as the greatest threat to world peace. American elites and international opinion have come to different conclusions.

Edmund Burke instructed the British Parliament concerning the American colonists in 1775: “Slavery they can have any where. It is a weed that grows in every soil. They may have it from Spain, they may have it from Prussia. But until you become lost to all feeling of your true interest and your natural dignity, freedom they can have from none but you.” Americans, Burke thought, cared for liberty exorbitantly—in this they resembled the British—and Britain deserved to hold on to the colonists only if it respected their love of freedom without any coercive imposition.

Abraham Lincoln spoke in a similar vein regarding another American ideal, our faith in equality. The signers of the Declaration of Independence, said Lincoln, when they pledged their belief in the words “all men are created equal,” intended

to set up a standard maxim for free society, which should be familiar to all, and revered by all; constantly looked to, constantly labored for, and even though never perfectly attained, constantly approximated, and thereby constantly spreading and deepening its influence, and augmenting the happiness and value of life to all people of all colors everywhere.

What Lincoln did not mean by “spreading and deepening its influence” may be deduced from his opposition to the Mexican-American War. Like Burke, he thought that freedom ought to be exemplary, not evangelical. You prove the good of a way of life by setting an example.

As the Gallup poll suggests, the world now looks on the United States as a belligerent empire. We have become an object of fear more than admiration because we teach our way of life by force of arms. A restless hunger for dominion, once merely episodic in our history, turned into the pattern of policy after the dissolution of the Soviet Union. To act in keeping with a purpose in which we can feel a justified pride, we would have to become exemplary rather than evangelical in our practice of freedom.

David Bromwich is Sterling Professor of English at Yale University. He is the author of The Intellectual Life of Edmund Burke: From the Sublime and Beautiful to American Independence (Belknap Press, 2014).