We Asked Gary Hart: What Should Be the Purpose of American Power? 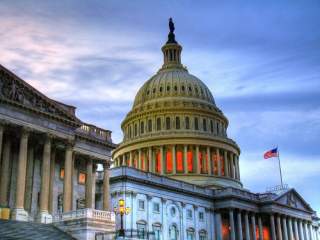 This is a call for making principles the centerpiece of U.S. foreign policy. That is both less and more radical than it sounds. Less, because most policy makers believe themselves naturally to be men and women of principle. More, because the assumption that we are a principled nation simply because we are American is not always true.

One does not have to be a veteran of the Church Committee to recall the overthrow of governments, assassination attempts against foreign leaders, support for repressive dictators, misbegotten wars, dubious alliances and so on.

In the realm of principled behavior, there is a gap between our proclaimed convictions and the performance of our relations in the world. Chalk most of this questionable conduct up to expediency, haste, perceived necessity, ideological motivation, mistaken intelligence or simple ignorance of history.

Realists, in contrast, take the world as it is and advocate that the United States operate within that world to protect its own national interests.

Most foreign-policy analysis is premised on nations possessing, in varying degrees, three powers: economic, political and military. For this discussion, let’s assume there is a fourth power possessed uniquely, though not uniformly demonstrated, by the United States. That fourth power is the power of principle.

We are envied in the world for our standard of living. We are respected and admired for the principles upon which our nation was founded. These include not only our constitutional rights and liberties, but also the civic virtue of citizen participation in the process of government required in a republic for the protection of those rights.

The path of expediency followed by both idealists and realists since the rise of the national-security state in 1947 has eroded both the respect contained in the opinions of mankind throughout the world and the principles upon which our nation was founded. The trickery we employed in the dark alleys of the world during the Cold War is no longer available to us in an age of instant communications, transparency and Edward Snowden.

We sacrifice our fourth power of principle, and the moral authority it provides, when we pursue policies of power imposition, self-interest, superiority and expediency. That is a high price to pay, especially for a nation that claims to hold itself to a higher standard.

Our purpose should be to apply those principles to governance in the age of globalization. We must work to expand our information-technology leadership, reduce poverty and form new alliances to combat irregular, unconventional warfare.

Against the tapestry of history, the power of principle is mightier than the sword, the dollar and the megaphone.

Gary Hart is the author of The Republic of Conscience (Blue Rider Press, 2015) and a former U.S. senator from Colorado.