We Asked Gideon Rachman: What Should Be the Purpose of American Power? 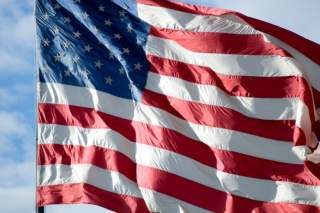 If I were American, I would be strongly tempted to be an isolationist.

But it is much less obvious that any of these actions are directly beneficial to the United States. Neither China nor Russia nor Iran poses a clear and present danger to America. But confronting these countries with “red lines” in their own backyards does create a genuine risk of war. The case for American isolationism is further strengthened by recent experiences with unsuccessful military interventions. After Iraq and Afghanistan, it would require culpable naïveté to expect that U.S. troops can sort out a Middle East that faces twenty years of turmoil. Finally, the prospect of American “energy independence” makes isolationism look economically feasible.

So the case for isolationism is clearly much stronger than it has been for many years. But, in the end, it is not conclusive.

The history of the twentieth century suggests that America is ultimately likely to get dragged into an armed conflict with a major authoritarian power bent on expansion. Simply ignoring such threats and hoping they won’t cross the Atlantic or the Pacific is tempting—but probably unwise. Similarly, the twenty-first-century scourge of terrorism has already shown that it can hit the American mainland. If a group like the Islamic State were able to establish control over considerable amounts of territory for a period of years, it would be likely to turn its attentions to attacking U.S. interests in a more systematic way. In the hyperconnected world of the Internet, critical American infrastructure is also highly vulnerable to attack from overseas. The next 9/11 is just as likely to involve an attack on the power grid or America’s financial infrastructure as on buildings or planes.

All of these factors—plus a degree of concern for freedom outside America—should prompt the United States to continue to use its might to prevent potential rivals, particularly authoritarian powers, from expanding their own power and influence.

This should not mean taking crazy risks that increase the chances of warfare. On the contrary, the United States should place less reliance on its formidable military—and instead concentrate on developing new forms of leverage.

Recent experiences with Iran (and even Russia) have suggested that economic sanctions are a more effective tool than conventional wisdom used to hold. In a globalized world, international businesses need access to the dollar area in order to survive. International elites also crave visas to the United States and the European Union for themselves and for their children. The American legal system also has a surprisingly long reach—as the recent arrests of (allegedly) corrupt FIFA officials in Switzerland demonstrated.

These are the kinds of instruments that America should turn to first as it exercises its power in the twenty-first century.

Gideon Rachman is the chief foreign-affairs columnist at the Financial Times.