We Asked Gideon Rose: What Should Be the Purpose of American Power? 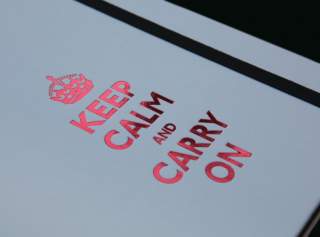 I reject the premise of the question, because I don’t think the world is increasingly unstable. The purpose of American power today is the same as it has been for generations: to consolidate, protect and extend the liberal international order that emerged after World War II.

At the core of that order are democracies with mixed economies, peacefully cooperating and trading with each other while nestling closely under an American security umbrella. That core is embedded in a variety of overlapping institutional structures, from the Bretton Woods institutions and the United Nations, to NATO and the European Union, to an endless array of cooperative bilateral, regional and functional groupings. Because the order doesn’t discriminate, any country that wants to join and is prepared to play by the rules is allowed in, making it a potentially universal alliance that is constantly expanding. And because the order has so many aspects and points of entry, countries not ready to sign up for the whole package at once can ease in over time, starting on the margins and progressing toward the core at their own pace.

This order has been the framework within which a great deal of economic, social and political development has proceeded around the globe, to the lasting benefit of both the United States and the world at large. Its basic outlines were sketched before the postwar break with the Soviet Union, so the end of the Cold War did much less to change the world than many expected, merely paving the way for the order’s extension into areas of the world that were previously off-limits.

The George H. W. Bush and Clinton administrations competently pursued broadly similar policies that gave the order a new lease on life in new circumstances. The George W. Bush administration damaged it through reckless and incompetent adventurism. The Obama administration has tried to get it back on track by cutting its losses and avoiding major new missteps.

Today, even after a global financial crisis and some recent geopolitical challenges by Russia and China, the United States may be richer, stronger and safer than it has ever been; if not, it is certainly close to that. It spends more on defense than the next seven countries combined—and many of those countries are its close allies. It has unparalleled power-projection capabilities and a vast, globe-spanning intelligence network. It has the world’s reserve currency, the world’s largest economy and the highest growth rate of any major developed country. It has good demographics, manageable debt and dynamic, innovating companies that are the envy of the world. And it is at the center of an ever-expanding web of connections. Its few remaining rivals, meanwhile, have few allies, little soft power, and poor prospects for long-term stability or success.

The country’s current bout of declinism, pessimism and paranoia has little grounding in reality. All U.S. foreign policy has to do is keep calm and carry on.