We Asked Paul Saunders: What Should Be the Purpose of American Power? 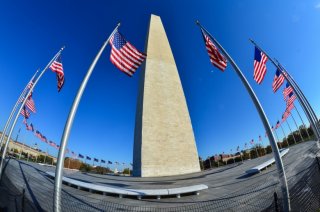 The purpose of American power is to defend and advance U.S. national interests, including preserving and strengthening American freedoms, facilitating continued economic growth and protecting the United States from attack.

Because the United States and our allies are the principal architects of an international system of which America is the primary beneficiary, it should be a central objective to maintain international order. This requires continuing U.S. leadership.

Moreover, the international system—and therefore U.S. national security as well as the stability necessary for expanding prosperity and promoting our values—is more vulnerable to conflict and tension between major powers than to local interstate or civil wars. Continuing intense competition between major powers both directly produces and indirectly facilitates local wars (not to mention regional or even world wars). And it generates wars in greater numbers, and of greater severity, than Washington can manage on an ongoing basis. It is thus far more efficient, and more humanitarian, to maintain stability by carefully managing great-power relations than by sequentially intervening in unending individual crises. Indeed, the latter approach has been exasperating for many Americans.

Despite this, conflicts like Syria’s civil war and the fighting in eastern Ukraine have been disturbing. Limited U.S. involvement in each case has led some allies in the Middle East and Europe to question America’s commitment to their security. Earlier, frequent but inconclusive interventions alienated major-power rivals, Russia and China, and failed to deter them.

The problem is that U.S. elites have increasingly defined leadership as the use of force: we are leaders when we drop bombs or deploy troops. When the public predictably tired of war, Americans rejected this “leadership.” U.S. allies and rivals have seen this reaction, and the Obama administration’s responses to it, and drawn their own conclusions.

What the United States needs is a new model of U.S. international leadership that rests more heavily on what others truly admire about America—our economic success and our free society. This approach will still require force, particularly when truly vital U.S. national interests are at stake. It will also require applying power without using force.

But no less important will be finding the right mix of inspiration, encouragement, cajolery and intimidation to manage the complex relationships among the world’s satisfied and dissatisfied governments to ensure that most are satisfied—and that no combination of major powers becomes sufficiently dissatisfied to mount a sustained attempt to overturn the system. Notwithstanding their evident limits, the recent BRICS and Shanghai Cooperation Organization summits in Ufa, Russia, illustrate the extent to which China, Russia and others are already frustrated, in different ways and to different degrees.

Ultimately, maintaining a stable international system will require finding a difficult balance between strength (through clear rules and determined enforcement) and flexibility (through compromise). A system that privileges strength will crack; one that relies too heavily on compromise will erode. The real question is not America’s purpose, but whether our leaders—in either party—are capable of pursuing it.