We Asked Robert W. Merry: What Should Be the Purpose of American Power? 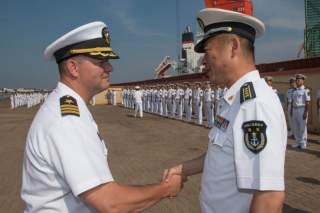 America is the most powerful nation in the world, perhaps the most powerful nation in world history. Thus, it has a major global role to play. But foreign policy must focus above all on the interests of the nation itself, and its people. That means, first, protecting vital American interests at home and in our region. It means, second, maintaining the country’s position in the world so that it can successfully execute the first requirement. It means, third, avoiding messy military involvements that undermine America’s global position and sap its resources. If the first job of U.S. foreign policy is to ensure the well-being of the American people, then any action that undermines that well-being, without justifiable longer-term returns, is foolhardy. The hurts and wants of unfortunate peoples caught in the vortex of history don’t come into this equation, as sad as that is.

But America’s standing in the world confers upon it two other fundamental requirements. First, as the core state of Western civilization, America bears a burden to protect the West from any fundamental threats. This was the U.S. role throughout the Cold War, beginning when Europe was on its back but continuing throughout the Continent’s steady rise from its immediate postwar enervation. Second, America has a responsibility to maintain stability, to the degree that it can, in major strategic locations in the world. That burden comes with unequaled power.

But the purposes of U.S. power are one thing. How they should be pursued is quite another. It’s a fool’s mission to project military power to maintain a global hegemonic status that ignores powerful interests and imperatives of other major nations. Hence, American power should be used to back up diplomacy aimed at maintaining a stable balance of power in the world insofar as possible. This means correctly identifying those nations and forces that threaten the three great American interests—security of the homeland; security for Europe; and stability at key global strategic locations. We can’t do it alone. We need friends and allies. And we won’t have friends and allies if we operate without regard to their vital interests.

It boils down to this: Who are our friends, and who are our enemies? Our enemies are those nations and forces positioned, and with intent, to threaten America’s pursuit of its three central foreign-policy imperatives. Our friends are those positioned to help us in dealing with those enemies. Hence, if the Islamic State is our enemy, then Syria’s Bashar al-Assad is not. If Islamist fundamentalism, unleashed on 9/11, was our enemy, then Saddam Hussein was not. If China is emerging as a threat to our ability to maintain stability in Asia, then perhaps we should consider seriously the consequences of maintaining hostile relations with Russia, a traditional Chinese adversary.

American power is double-edged. It can be used to protect us and the world. It also can quickly destabilize the world, at which point its ability to protect us declines precipitously.