We Asked Ruth Wedgwood: What Should Be the Purpose of American Power? 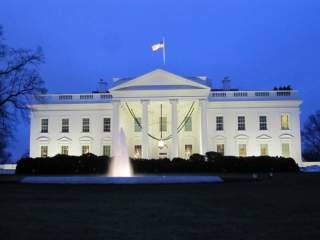 American power is an offshore balancer—deterring pugilistic regimes that fancy the land or resources of neighbors, and serving as a caution to dictators possessed of outlandish ambitions. The global reach of America’s navy and air force, the intelligence capability and readiness of our armed forces, and the attractiveness of our democratic form of government have allowed the United States to function as a cop on the block—a public service that was, in a more naive view, supposed to be undertaken by the United Nations.

To be sure, the American press has forsaken serious coverage of foreign affairs, and Washington’s ability to influence the course of events through an overstretched foreign service is often limited. We have been mistakenly swayed by personalities—Washington’s overripe infatuation with Rwandan strongman Paul Kagame is a case in point. But America’s diverse population and the worldwide rise of Internet news sources have also permitted the United States to sound the alarm in human-rights crises through the press, diplomacy and the voices of NGOs. It was not by chance that the United Nations—with its convocation of all the governments of the world—was placed in New York as a central locus for negotiation and decision making.

Faced with unpredictable events and powerful adversaries—whether the forays of Putin’s Russia in Ukraine or China’s thrusts in the South China Sea—the United States may observe a necessary caution. But ultimately, it is the strength of the American economy, the robustness of its military capability and the attractiveness of its ultimate commitment to human rights that allow this New World power to claim an outsize public role in keeping the peace and sustaining economic growth.

Ruth Wedgwood is the Edward B. Burling Professor of International Law and Diplomacy at Johns Hopkins University’s School of Advanced International Studies. She is a member of the Hoover Institution’s National Security and Law Task Force.