We Need to Test Our Assumptions About North Korea 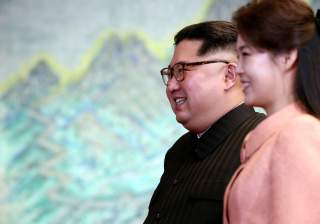 The Western media is filled with projections and speculation about the upcoming summit between President Donald Trump and Kim Jong-un. These views are based on long-held assumptions within the Pyongyang watching community about North Korea’s strategy for its nuclear program and intentions on the Korean Peninsula. Concerns about Kim Jong-un laying a trap or rehashing a strategy that we have seen before abound to the point that they are almost sacrosanct. [1] It is time that the community of Korea watchers reassesses these assumptions. Many may prove to be valid and well worth holding on to. But others should be challenged for proof and logic. Only through a clear eyed approach to North Korea can we hope to develop strategies that will have resonance and traction and make the most of the opportunity that we may now be presented with.

The first assumption we need to consider focuses on the reason for Kim Jong-un’s about-face in 2018 from brinkmanship to diplomacy. The assumptions related to this question are not universal. The U.S. administration and many of the conservative pundits give credit to President Trump’s strategy of Maximum Pressure and threats of a bloody nose if North Korea did not change its ways and stop testing its missile and nuclear programs and come to the negotiating table. They argue that North Korea was feeling the pain of the sanctions and Kim needed relief. There seems little doubt that North Korea was feeling the sting of sanctions, but if we maintain this as the sole reason for Kim’s actions, we assume he is coming to the negotiating table from a self-perceived position of weakness. Such an assumption is likely wrong and could leave U.S. negotiators feeling they are in a conspicuously advantageous position—a feeling that could lead to serious missteps in the course of negotiations.

It can be argued that Kim has been planning a major diplomatic push for years, only biding his time until the conditions were right. Over the last year, three things have happened to set the table. First, the United States elected a president who openly offered to sit down with Kim Jong-un and negotiate. Kim had concluded midway through the Obama administration that the U.S. policy of strategic patience would require strategic patience on his end. North Korean analysts likely considered a Clinton administration would follow suit and that strategic patience on the part of Pyongyang would have to continue in the face of sanctions. But Trump presented the opportunity for engagement.

Second, and probably the most important piece of the puzzle, was the administration in Seoul. Since 2008, South Korean politics had been dominated by the conservatives, first under Lee Myung-bak and then by Park Geun-hye. Both administrations were more comfortable dictating the terms of engagement to Pyongyang. The terms for engagement were too high and would have forced North Korea to come to the table in a weakened position. With the political implosion of the Park administration and the election of the progressive administration of Moon Jae-in, Kim Jong-un saw a partner that could be engaged without surrendering his position. Given the eagerness of the Moon administration to engage, Kim likely felt he could exert a certain amount of control in the engagement process. President Moon would also be able to carry Pyongyang’s interests forward in facilitating relations with Washington, something that Kim could not do on his own without kowtowing to U.S. demands for upfront steps toward denuclearization.

The third piece of the puzzle is often put forward as the reason for Kim’s willingness to come to the negotiating table—he has been able to secure (in his mind) a minimum nuclear deterrent, which captured the United States’ attention and raised the urgency to solve the problem. In fact, North Korea’s rush in 2016 and 2017 to develop a nuclear deterrent was not the original plan, but a Plan B given the initial failure of diplomacy. While North Korea has had a dual-track strategy since Kim Jong-un came to power of diplomacy and development of a nuclear deterrent, they have been calibrated at different speeds. In the first part of his rule, Kim leaned heavily on diplomacy. After an initial period of demonstrating progress on his critical defense systems in 2012 and the beginning of 2013, Kim explored engagement with the United States and South Korea and was met with a united front demand for tangible steps toward denuclearization. For a leader who was still consolidating his power, this was a nonstarter. He refocused his diplomacy toward Japan and Russia in order to gain leverage, but this too failed. In an effort to restart diplomacy with Seoul, he manufactured the August 2015 crisis, but was once again met with the united front. The architect of this diplomatic strategy, Kim Yang-gon, mysteriously died in December 2015 and a new, bold brinkmanship policy unfolded in January 2016 with the fourth nuclear test.

Kim Jong-un most likely came to the conclusion that the only way to ensure success on the diplomatic front was to escalate to de-escalate. If that were to be the case, the fundamental calculus would have to change. North Korea would have to force its way to the negotiating table from a position of strength. This meant it needed to demonstrate a viable nuclear program that would cause concern in the capitals of its adversaries. It would also be the means by which Kim would demonstrate his legitimacy as leader. By burnishing his national security bona fides, Kim was able to announce the advent of a new era (his era) at the Seventh Party Congress in May 2016 from a strong footing. He was the leader who would take regime change off the table and by doing so, open the pathway to the solution for the economic side of Byungjin. A year and a half later, he had conducted two more nuclear tests and a bevy of IRBM, MRBM and ICBM tests. In November 2017, Kim announced that North Korea had a viable nuclear deterrent. Now it was time to de-escalate, which began with his 2018 New Year’s Day speech.

Therefore, as North Korea recently reminded U.S. policymakers and pundits in a Rodong Sinmun editorial, the Maximum Pressure strategy did not bring Kim to the table. On the contrary, Kim brought the international community to the negotiating table by the force of his nuclear program. U.S. negotiators need to understand that Kim has the mindset of an equal and will not roll over on equities he feels are vital to his two primary objectives: regime survival and perpetuation of Kim family rule.

The other set of assumptions that the Pyongyang watching community wrestles with is what does Kim want and what is he willing to give up to get it. Here is where the community’s assumptions are the most hardwired and based on decades of analyzing the North Korean regime. The assumption is that Kim’s ultimate objective is reunification on North Korea’s terms, which will come about by pushing U.S. forces off the Korean Peninsula and bending Seoul to Pyongyang’s will. As such, Kim is coming to the summit armed with a strategy of obfuscation and delay, not willing to give up much and stretching any solution far into the future. In the meantime, he will work on driving a wedge between the conservative administration in Washington and the progressive administration in Seoul, as well as playing on the fundamental political divides inside the South Korean body politic.

This is where some long held beliefs need to be challenged. From an aspirational point of view, the above might represent Kim Jong-un’s deepest held desires. But from a practical point of view, they appear out of touch with the reality Kim is faced with. North Korea no longer has the leverage or capability to reunify the peninsula on its own terms. Even if U.S. forces up and left the peninsula on their own accord and progressives laid flowers from the DMZ to Seoul, North Korea could still not pull off this dream. North Korea has no resources to consolidate its rule in the South. If North Korea is not willing to open up its doors to the outside world for fear of external influence, how will it exert control over the most wired country in the world? In addition, it is highly unlikely that the progressives in Seoul would willingly turn over the country to North Korea once the United States had left. If North Korea wanted a fight, they would face a formidable foe in the ROK armed forces. With U.S. forces no longer held in check on the peninsula by North Korea’s conventional deterrent, the United States would become a much more unpredictable and dangerous threat from afar. Just as important, once the United States had left the peninsula, North Korea’s role as an ally and wedge on the peninsula for China would disappear. Beijing’s calculus would likely change. Lips and teeth be damned. China would likely become more aggressive in ensuring stability on the peninsula, and not in Pyongyang’s favor. Kim Jong-un would find himself trapped between two threats and no ally to be found. His strategic vulnerability would far exceed his current position. So, this notion that Kim Jong-un is basing his current strategy off of some nefarious plan to reunify the peninsula is likely not the case. North Korea traded the goal of reunification for regime survival in the 1990s and not much has changed since then.