Weak Inflation Is a Global Problem 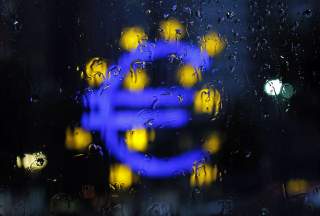 A low and decelerating German inflation number—February’s print came in at a paltry 1.2 percent year over year—is far more consequential than it first appears. The first and most obvious reason is that it creates a dilemma for the European Central Bank: further declines may force ECB president Mario Draghi and company to begin talking more about weak inflation dynamics and less about the strength of the recovery.

The Fed has struggled through a similar dilemma at various points in the current recovery. Growth in Europe is currently at the highest levels seen in recent memory, but inflation is not keeping pace. For the ECB, this creates a conundrum. Will inflation pressures eventually emerge? Can it peel away some of the current stimulus without causing inflation pressures to dip even further?

One of the potential consequences is a far slower tapering of euro quantitative easing than many people anticipate. Nothing is expected until late 2018, and this provides some runway for inflation to reaccelerate. There is no reason to react yet.

But there is a high likelihood that inflation—at least in the EU—has seen its near-term peak. Instead of tapering quickly from the current €30 billion per month, the ECB may choose a slower glide path. Another consequence is that this weak inflation print should cause markets to push out ECB rate-hike expectations. Simply, the nascent weakness in German inflation could have a significant spillover effect into ECB policy.

The second, and potentially more important, aspect of the German inflation deceleration is that it signals that global inflation pressures may not be as strong as the U.S. Federal Reserve—or other central banks—are leading markets to believe. Most central banks want inflation, and any signs of weakness should be troubling to them.

The potential signal of decelerating inflation goes entirely against the prevailing narrative, which has inflation pressures rising and the Fed potentially finding itself “behind the curve.” This narrative would have markets believe there is the real possibility of inflation surging out of control, obliging the Fed to play catch-up by raising interest rates at a blistering clip.

The recent German inflation figures should begin to insert some uncertainty, if not outright skepticism, into that narrative. After all, inflation is not simply a local phenomenon in a globalized economy. Academic research suggests that inflation is not localized, but rather a broadly global phenomenon. A quick look at a chart of country-level consumer prices shows that prices tend to move in tandem. If weaker inflation persists in Germany, the Fed should take seriously the implications of weaker inflation prospects abroad.

It is worth noting that inflation forecasts for both the EU and United States have recently picked up. The question is whether they will begin to fall back soon, or continue to move higher. This is of particular interest to a Federal Reserve that has been expressing a progressively higher level of confidence about inflation pressures.

The Fed’s enthusiasm may well be justified in the United States. But the German weakness is not an isolated incident. China is also seeing a less-than-robust pickup in inflation. Maybe the most pressing question is whether the U.S. reflation story can be isolated and deviate from the rest of world.

What does it all mean? Assuming that the weakness persists (a significant assumption, but not one that should be dismissed out of hand), we could expect fewer rate hikes in the United States, less pressure to taper early in the EU and, since central banks will have less inflation to combat than currently expected, less chance of a recession in the next couple of years.

Again, there is no guarantee that inflation will continue to disappoint, but the global nature of inflation means that a disappointing print from a significant national economy should not be ignored. And that, maybe, the hype of accelerating inflation was only that: hype.