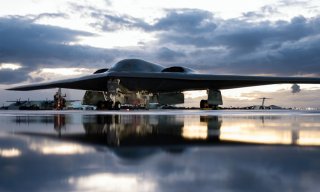 The Department of Defense has begun to ratchet up spending to recapitalize the U.S. strategic nuclear triad and its supporting infrastructure, as several programs move from research and development into the procurement phase.  The projected Pentagon expenditures are at least $167 billion from 2021-2025. This amount does not include the large nuclear warhead sustainment and modernization costs funded by the Department of Energy, projected to cost $81 billion over the next five years.

Nuclear forces require modernization, but that will entail opportunity costs. In a budget environment that offers little prospect of greater defense spending, especially in the COVID19 era, more money for nuclear forces will mean less funding for conventional capabilities.

For the foreseeable future, the United States will continue to rely on nuclear deterrence for its security and that of its allies (whether we should be comfortable with that prospect is another question). Many U.S. nuclear weapons systems are aging, and replacing them will cost money, lots of money. The Pentagon’s five-year plan for its nuclear weapons programs proposes $29 billion in fiscal year 2021, rising to $38 billion in fiscal year 2025, as programs move from research and development to procurement. The plan envisages a total of $167 billion over five years. And that total may be understated; weapons costs increase not just as they move to the procurement phase, but as cost overruns and other issues drive the costs up compared to earlier projections.

The Pentagon knew that the procurement “bow wave” of nuclear weapons spending would hit in the 2020s and that funding it would pose a challenge. In October 2015, the principal deputy undersecretary of defense said “We’re looking at that big bow wave and wondering how the heck we’re going to pay for it…  and probably thanking our stars that we won’t be here to have to answer the question.”

The Pentagon funds primarily go to delivery and command and control systems for nuclear weapons. The National Nuclear Security Administration at the Department of Energy bears the costs of the warheads themselves.  It seeks $15.6 billion for five nuclear warhead life-extension and other infrastructure programs in fiscal year 2021, the first year of a five-year plan totaling $81 billion. The fiscal year 2021 request is nearly $3 billion more than the agency had earlier planned to ask, which suggests these programs are encountering significant cost growth.

Some look at these figures and the overall defense budget (the Pentagon wants a total of $740 billion for fiscal year 2021) and calculate that the cost of building and operating U.S. nuclear forces will amount to “only” 6-7 percent of the defense budget. That may be true, but how relevant is that figure?

By one estimate, the cost of building and operating the F-35 fighter program for the U.S. Air Force, U.S. Navy and U.S. Marines over the program’s lifetime will be $1 trillion. Amortized over 50 years, that amounts to $20 billion per year or “only” 2.7 percent of the Defense Department’s fiscal year 2021 budget request. The problem is that these percentages and lots of other “small” percentages add up. When one includes all of the programs, plus personnel and readiness costs as well as everything else that the Pentagon wants, the percentages will total to more than 100 percent of the figure that Congress is prepared to appropriate for defense.

The defense budget is unlikely to grow. Opportunity costs represent the things the Pentagon has to give up or forgo in order to fund its nuclear weapons programs. The military services gave an indication of these costs with their “unfunded priorities lists,” which this year total $18 billion. These show what the services would like to buy if they had additional funds, and that includes a lot of conventional weapons.

The Army is reorienting from counter-insurgency operations in places such as Afghanistan and Iraq to facing off against major peer competitors, that is, Russia and China. Its wish list includes more long-range precision fires (artillery and short-range surface-to-surface missiles), a new combat vehicle, helicopters and more air and missile defense systems.

Moreover, the total number of Navy ships, now 293, will decline in the near term, widening the gap to get to 355. The Navy’s five-year shipbuilding program cut five of twelve planned Arleigh Burke-class destroyers, and cost considerations have led the Navy to decide to retire ten older Burke-class destroyers rather than extend their service life for an additional ten years. This comes when China is rapidly expanding its navy, and Russian attack submarines are returning on a more regular cycle to the Atlantic Ocean.

The Navy has said that funding the first Columbia-class ballistic missile submarine forced a cut-back in the number of other ships in its fiscal 2021 shipbuilding request. The decision not to fund a second Virginia-class attack submarine appears to stem directly from the unexpected $3 billion plus-up in funding for the National Nuclear Security Administration’s fiscal year 2021 programs.

These are the opportunity costs of more nuclear weapons: fewer dollars for aircraft, ships, attack submarines and ground combat equipment for conventional deterrence and defense.

The principal driving factor behind the size of U.S. nuclear forces comes from Russian nuclear forces and doctrine. Diverse and effective U.S. nuclear forces that can deter a Russian nuclear attack should suffice to deter a nuclear attack by any third country. In contrast to the Cold War, the U.S. military no longer seems to worry much about a “bolt from the blue”—a sudden Soviet or Russian first strike involving a massive number of nuclear weapons designed to destroy the bulk of U.S. strategic forces before they could launch. That is because, under any conceivable scenario, sufficient U.S. strategic forces—principally on ballistic missile submarines at sea—would survive to inflict a devastating retaliatory response.

The most likely scenario for nuclear use between the United States and Russia is a regional conflict fought at the conventional level in which one side begins to lose and decides to escalate by employing a small number of low-yield nuclear weapons, seeking to reverse battlefield losses and signal the strength of its resolve. Questions thus have arisen about whether Russia has an “escalate-to-deescalate” doctrine and whether the 2018 U.S. nuclear posture review lowers the threshold for use of nuclear weapons.

If the United States and its allies have sufficiently robust conventional forces, they can prevail in a regional conflict at the conventional level and push any decision about first use of nuclear weapons onto the other side (Russia, or perhaps China or North Korea depending on the scenario). The other side would have to weigh carefully the likelihood that its first use of nuclear weapons would trigger a nuclear response, opening the decidedly grim prospect of further nuclear escalation and of things spinning out of control. The other side’s leader might calculate that he/she could control the escalation, but that gamble would come with no guarantee.  It would appear a poor bet given the enormous consequences if things go wrong. Happily, the test has never been run.

This is why the opportunity costs of nuclear weapons programs matter. If those programs strip too much funding from conventional forces, they weaken the ability of the United States and its allies to prevail in a conventional conflict—or to deter that conflict in the first place—and increase the possibility that the United States might have to employ nuclear weapons to avert defeat.