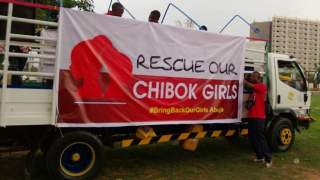 The violent theft of 276 schoolgirls in Nigeria is a nightmare-turned-reality in more ways than one. Few scenarios are more horrifying than the kidnapping of children from school. It revives an archetypal fear. And the fact that the school girls are still alive makes the ordeal even more wrenching for the conceivable hope of rescue.

But the whole incident is the stuff of nightmares in another fundamental way. The group that has declared responsibility for the mass kidnapping (Boko Haram) is a beast that can’t be killed—or decapitated. Indeed, the Nigerian government has tried both, armed with a $6 billion annual security budget, only to have the monster reassemble in a more violent and irrepressible form. And this invincible beast also fulfills some existential, midnight terrors.

This Nigerian crisis is horrifying and desperate, but it is not wholly surprising. Scholars have been warning for years now that killing off the leaders of terror groups does not effectively neutralize their threat. Indeed, Boko Haram mutated into its current, barbaric form after the Nigerian government had scored what appeared to be the victorious assassination of its former head, Mohammed Yusuf, in 2009.

In its former incarnation, Boko Haram was indeed menacing and brutal, training future jihadists in a sprawling Islamic center that included a mosque and madrasa. The group then focused mostly on attacking police stations and other government buildings. Still, there is a spectrum of wrongdoing, and the group under its current leadership has descended to the other side in kidnapping, enslaving and, surely, raping schoolgirls. Indeed, the apparent lack of respect and humanity and the tearing down of what others, with sacrifice and hope, have built up is morbidly intentional.

Pakistan also provides a glaring example of the perils of decapitation. New generation terror groups have been defiant about shedding off whatever restraint the old guard exhibited, as the Pakistan Taliban dramatically demonstrated in 2010 when it executed Brig. Sultan Amir—an old ally of Afghanistan’s Taliban and a member of the Pakistani intelligence services. Mullah Omar had reportedly intervened on Amir’s behalf, but the terror offshoot was unmoved.

Indeed, the new generation terror groups that selectively contort Islamic precepts often heed no religious authority either. Boko Haram is an extreme in this regard, having killed a number of Muslim clerics. In February of this year, Abubakar Shekau (the group’s head) claimed responsibility for killing Sheik Adam Albani, a prominent Muslim cleric and known critic of the insurgent group. The terrorist group also killed the cleric’s wife and child in the attack. Indeed, the latter died before the cleric.

Many terrorism experts have long advocated for maintaining a steadier, more consistent development of general safety and security as an alternative to targeted assassinations—although these efforts produce fewer headlines. Ultimately, the best way to counter the terror leaders “is to provide people with few reasons to follow them,” argued Lawrence Freedman back in April 2004, in an op-ed (“The Futility of ‘Targeted Killings”) published by the Financial Times. Of course, that is a long-term endeavor and Nigeria’s schoolgirls cannot wait for it to bear fruit. In the meantime, the government should, of course, think long and hard how it can extricate the students that are trapped amid their captors—no easy feat to be sure. Rescuing the kidnapped one by one, as they work in the fields, for example, may be the best worst option. The Nigerians and the world must keep the pressure on, but also give the government the latitude to act intelligently.

Ultimately, the Nigerian government must also keep in its sights the longer term goal of elevating standards for its people. It will not be easy for the country to vanquish the beast. If the Nigerian people are going to bear the sacrifice of confronting it, they must have something to dream of.

Ximena Ortiz is the author of “The Shock and Awing of America: Echoing Consequences of Fear and Alienation,” and former executive editor of The National Interest.