Welcome to War in the 21st Century 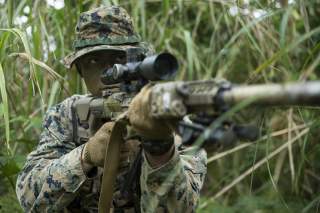 If you’re looking forward to a good night’s rest, don’t even think about cracking open Cocktails from Hell, by military veteran and columnist Austin Bay. If you can get to sleep at all, it’s bound to give you nightmares.

Bay’s latest book surveys five possible conflicts that might break out any day now. Spoiler alert: None of them end well for us.

Some people believe that, if you don’t think about war, then war is unthinkable. Bay is not one of those people.

The world presents “wicked problems” that “test human intellect and trounce human arrogance,” Bay writes. And sometimes, as in the fateful summer in 1914, leaders in their proud towers will misread those problems and plunge into the horror of big, bloody, intractable fights that kill millions and topple empires. History reminds us that sometimes wicked problems get completely out of hand.

Bay picks five fearsome scenarios that might embroil the United States—either directly or indirectly—in disastrous wars. Four of these setups include the usual suspects: North Korea, Iran, China and Russia.

Those selections reflect Bay’s realism, not a lack of imagination. Little noticed in the our daily outrage over Trumpian foreign policy is that the current president’s list of bad guys is virtually a carbon copy of that held by his two predecessors. That’s not coincidence. Rather, it’s the emerging post–Cold War consensus that these are the powers with the method, opportunity and means to seriously disrupt the global international order.

Though the United States is not the world’s policeman, it is a global power with global interests and global responsibilities. And that means it is as likely to bump heads with any power with serious ambitions to upset the global status quo. Hence, only the most naïve or obtuse analyst would suggest anything other than paying a lot of attention of what a conflict with these powers might look like.

Hats off to Bay for delivering a clear-headed, accessible primer on the forces and factors that might impact a shooting war. Bay is no optimist. That’s because he reasons that the United States does not hold all the cards when it comes to conventional conflict.

It’s a view backed up by realistic assessments of U.S. military power. Even though Trump has invested in bumping up readiness during the first two years of his administration, America still doesn’t have an adequate force to do everything that needs doing. That assessment, articulated earlier this year in The Heritage Foundation’s Index of U.S. Military Strength, was recently validated by a bipartisan Congressional commission assessing U.S. defense strategy.

But before you dash to the bomb shelter with Cocktails from Hell in hand, it is worth remembering that Bay is not arguing that war is inevitable. Indeed, if there is one common element of strategy shared by Beijing, Pyongyang, Moscow and Tehran, it’s that each of these four would-be horsemen of America’s apocalypse would like to win without fighting.

They realize that wars aren’t healthy for them, either. Each would prefer to accomplish its goals without coming in to direct conflict with the United States. Nobody wants World War III.

Further, Trump has made it harder for China, North Korea, Iran and Russia to get what they want in the world without worrying about the United States. That is good news and bad news. To continue frustrating evil-doers ambitions without raising the risk of conflict, America must send a strong message that the odds of them prevailing in war are not at all good. Moreover, Washington must also show that it is capable of dealing with destabilizing efforts other than war. That means the United States needs strong conventional and military deterrence as well as a proactive but judicious foreign policy.

The fifth of Bay’s “wicked problems” is the Congo, where ongoing cycles of violence and meddling by external powers continually threaten to spin out of control. Unfortunately, these conditions don’t describe the Congo alone. Bay could have picked Venezuela or any number of other troubled states.

The real takeaway here is that it is not at all unprecedented for America to wind up fighting in unlikely places, rather than in the regions most pondered by strategists. Bay himself had a tour in Iraq, decades ago. It was pretty much the last place he and his comrades had expected to be deployed and shot at.

Who really knows where and when the next American will go in new harm’s way? Bay doesn’t pretend to know. But with Cocktails from Hell, he performs a much-needed service, reminding us that the terrible face of war is worth thinking about.