The West and Russia Face Tough Choices in Ukraine 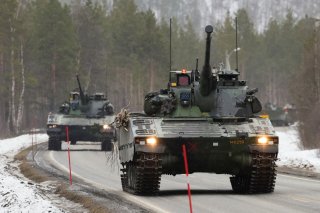 Amidst the carnage in Ukraine, hope is quicksilver, but maybe a glint is emerging. An incipient stalemate, with Russia’s invading forces bloodied and blunted and Volodymyr Zelenskyy’s government fearful of the bloodshed yet to come, may be slowly concentrating minds in Moscow and Kyiv. This war, like most, will end with either one side’s defeat or in a virtual stalemate, and, if the latter, it is at this point only an uncertain prospect. While each side may be readier than two weeks ago to entertain the possibility of a ceasefire, each envisages it only on its own terms. The drama over their wobbly efforts to narrow the gap has begun to draw attention from the war’s other grim headlines, yet the process, grueling and fragile, is but the foyer to a much more complex set of challenges facing everyone involved.

No ceasefire, other than simply one permitting Russia to replenish its spent and starved forces, is possible, unless its terms form the basis for terminating the war itself. Vladimir Putin, however, appears to be an immediate hurdle. If he now recognizes that Zelenskyy is and will remain Ukraine’s leader, he is not yet ready to deal with him. Similarly, while the idea of a ceasefire may be churning in his mind, those who have had contact with him say that he is not close to believing the conditions for one are at hand. This leaves his diplomats, including his foreign minister, who doubtless do want to see progress, struggling on two fronts: at home with the only decisionmaker who counts and in the negotiations with entangled issues extending far beyond a cease fire.

A week ago, Sergei Lavrov said that Ukraine’s “neutral status is being seriously discussed … and the sides are close to agreeing on absolutely specific wordings.” Putin’s spokesperson, Dmitri Peskov, has offered as a model either Austrian or Swedish neutrality. And Zelenskyy has several times announced that Ukraine is ready to declare neutrality as well as pledge not to allow NATO bases or weapons into his country, meeting a second Russian demand. Key common ground, yes, but only the entrée into a thicket of problems. Understandably, the Ukrainian side has accepted the idea of neutrality conditioned on the full withdrawal of Russian military forces, collective security guarantees, and a pledge to respect Ukraine’s sovereignty and territorial integrity. Trouble attaches to each of these three demands.

Whether the demand to withdraw Russian forces is a precondition for a ceasefire or, more likely, a condition following a ceasefire, it will not be achievable until Putin answers questions that he is not ready to answer and won’t be until events unfold further. Even if he has given up on conquering the whole of the country and imposing a government of his choice, has he abandoned a recrudescent dream of halving the country at the Dnieper River and creating the Novorossiya he prematurely imagined in 2014? Or short of that, as appears within reach, is he determined to connect the occupied territories in Donetsk and Lugansk and a land bridge to Crimea with a now lifeless Mariupol as its strategic center? Or, more ambitiously, is he determined to extend the siege to Odesa and render Ukraine a landlocked country? The answers seem unlikely to come soon.

Lavrov said the discussions of Ukraine’s neutral status were “of course with security guarantees,” but security guarantees from Russia alone without very considerable constraints on Russia’s postwar military deployments and exercises won’t impress Kyiv. If these can only be achieved by an understanding that the United States and its NATO allies will make a major effort to modernize and strengthen Ukraine’s defenses (without forward basing NATO in Ukraine), and will, if need be, come to its aid as they have in this war, will Moscow swallow this?

The question of Ukrainian sovereignty is the most fundamental and the most difficult. In the Austrian case, the 1955 Austrian Independence Treaty, signed by the Allied-occupying powers and the Austrian government, reestablished Austria as a free, sovereign, and democratic state. Neutrality was not part of the treaty; this was subsequently declared by the Austrian parliament. Conceivably Russia and Ukraine could sign a similar treaty with the United States and key NATO countries undersigning, followed by a declaration of neutrality by Ukraine’s Rada.

Formidable obstacles, however, stand in the way. Ukraine’s demand that the country be made whole, including the return of Crimea and the reincorporation of the separatist territories runs directly into Russia’s demand that Ukraine recognize Crimea as an integral part of Russia and the separatist republics as independent. The easy way around the first roadblock would be for both countries to resume living with the status quo, that is, as a practical matter acknowledging that Crimea is part of Russia but without de jure recognition. The issue of the separatist territories is far more difficult. The most likely, if unpalatable, outcome would be one of two: to recognize that the territories are lost, embracing an older notion of giving up the 3 percent to save 97 percent. Or to refurbish a Minsk process that would almost surely require that Kyiv accept a degree of previously unthinkable autonomy for the territories. It may, however, be too late for the second, if Putin is already contemplating annexing the separatist territories and a good deal more. Then how does Kyiv choose?

A second tangle of issues arises even before this first set takes full shape. The United States and its European allies, preoccupied with vanquishing Putin militarily, economically, and politically, will need to shift some of their attention to how they might nudge a stuttering, highly impacted process forward, should it emerge. If signs, albeit not yet there, suggest that Putin’s single-minded obsession with prevailing no-matter-the cost weakens, they will face a choice of when and how they want to modulate their crushing sanctions to further weaken his resolve. The timing question involves how much thinking needs to be done in advance to preserve alliance cohesion should the chance for progress emerge. The “how” question entails which punishment(s), if eased, would likely offer Putin meaningful incentive without threatening to undermine the force of the remaining package.

Even sooner, they need to think more systematically about the role they might hope the self-appointed mediating states—Israel, Turkey, and China—can play in unwinding the war, and then factor that into their own strategy. Each of these governments brings something different to the effort, and they too need to step back and weigh how their effort, if collective, can be made more effective. Israel is the most trusted among the three in Kyiv. Turkey is the NATO member with greatest credibility in Moscow. China is the country with the most potential leverage. While providing a partial lifeline to Russia as a customer for its oil and wheat, China’s leverage is already evident in the red lines around Western sanctions that it is not crossing. China, however, as Kevin Rudd speculates, is not likely to move from a “nominal” to an “active” mediator until “five minutes to the hour,” when it becomes clear that Putin has lost his gambit.

Ultimately, the most fraught issue surrounds the question of what is to be done when the war is over or, sadly, has degenerated into an insurgency without end. Fraught not only because the answer is hard to envisage, and any answer will be divisive, but because it makes a difference whether it is confronted now, recognizing that it may be an essential piece in ending the horror, or delayed until everyone has picked their way through or stumbled over the urgent immediate choices they face, and are ready to address a new and uncertain future.

The mediating states seem already to have decided. Ibrahim Kalin, the chief advisor to President Recep Tayyip Erdogan, reflecting after a recent telephone conversation between the Turkish leader and Putin, offered the view that, “Even though we fully reject the Russian war on Ukraine, the Russian case must be heard, because after this war, there will have to be a new security architecture established between Russia and the Western bloc.” If one listens carefully to what Chinese diplomats say, China’s position appears to be similar. While justifying the reason Russia launched a war that China condemns, the Chinese ambassador to the United States concluded his recent op-ed, “As a Chinese proverb goes, it takes more than one cold day to freeze three feet of ice. The long-term peace and stability of Europe relies on the principle of indivisible security. There must be a balanced, effective and sustainable European architecture.”

Maybe, but, when deliberating the future of Europe, the prior question depends on deliberating with which Russia—one that is inflated and hardened, one chastened and pliable, or one revanchist and unreachable. The options will be different in each case. Can they, should they, be planned for now?

Robert Legvold is the Marshall D. Shulman Professor Emeritus in the Department of Political Science at Columbia University and the author of Return to Cold War.