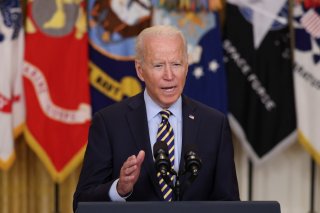 The Taliban understand the power of stories. For years, the Taliban have carefully cultivated a narrative of the Afghanistan War, using everything from websites to traditional forms of communication like poetry, to describe how a heroic Islamic movement and the guardians of Pashtun and Afghan culture battled an evil foreign occupier. With a keen eye for history, the insurgents cast themselves as successors to the rebels who fought Britain in the 1840s. (It helped that the heart of the Taliban is the Ghilzai tribe—the same Pashtun group that battled the British nearly two centuries ago). Just as the Mujahadeen in the 1980s defeated one superpower, the Soviet Union, so the Taliban would inevitably defeat another superpower, the United States.

Americans have long struggled to tell a meaningful story of Afghanistan. It’s not a “good war” like the popular and sanitized tale of World War II, where a band of brothers saved the West. Afghanistan is not a “bad war” like Vietnam or Iraq, which were birthed in delusion and lies. Confusingly, Afghanistan began as a just cause, with national unity and allied support. For years, Obama pitched Afghanistan as a noble fight, with Iraq as its sinful sibling. And then somehow Afghanistan morphed into a grim quagmire, like World War II mutating into Vietnam. Whereas the Taliban cast its tale of resistance as part of the broader Afghan national story, Americans labored to place the campaign in the U.S. tradition. America couldn’t win in Afghanistan, and it couldn’t even define what winning meant. “We search for a redemptive ending to every tragedy,” wrote Elizabeth Samet in her book about national memories of war. “We find no solace in the inconclusive.” In the end, there was little American love for the war, but there were also no national protests and no serious threats from Congress to cut off funding. For most of the 99.7 percent of Americans who never served in Afghanistan, it was a strange and distant misadventure, a bad trip.

There’s an odd duality in American public sentiment. By the time of the Obama administration, polls found that most Americans saw Afghanistan as a failure. But people also viewed the mission as a necessary response to 9/11. The war was a letdown—and it was the only choice. It was a mandatory debacle. It was a required fiasco. Rather than unpack this dissonance, Americans took refuge in forgetfulness. The longest war had the shortest memory.

What should be America’s testament? Americans must recognize the bravery of individual U.S. soldiers, put Afghans at center stage, confront the hard truths of war, and avoid repeating the same mistakes. The best story is neither Afghanistan as the good war, nor Afghanistan as the bad war. Instead, Afghanistan is a just war undone by hubris and righteousness. It’s a story about the dangers of moral crusades. It’s a tale about how the first decisions in a campaign can set the trajectory for tragedy.

The Afghanistan War was fundamentally right. It was an appropriate response after thousands of American civilians were killed on 9/11 and the Taliban refused to hand over Al Qaeda’s leadership. The U.S. intervention in 2001 was, in many ways, a textbook campaign that toppled the Taliban with barely a handful of American casualties. Washington skillfully coordinated with local allies on the ground, gained global backing, kept Russia and Iran on board, and identified a viable new Afghan leader in Hamid Karzai.

But America’s success was undone by a fatal flaw—righteousness. The American crusader, inspired by idealism and hardened by wrath, saw the war as good against evil and demanded moral retribution. When the Taliban offered peace feelers in 2001 and 2002, Washington refused to even entertain the idea. On December 7, 2001, the sixtieth anniversary of the Pearl Harbor attack, President George W. Bush drew an explicit parallel between World War II and the war on terror.

The terrorists are the heirs to fascism … Like all fascists, the terrorists can not be appeased. They must be defeated. This struggle will not end in a truce or a treaty. It will end in victory for the United States, our friends and for the cause of freedom.

Bush drew no distinction between “Al Qaeda terrorists and the Taliban,” and added, “Not long ago that regime controlled most of Afghanistan; today they control not much more than a few caves.” The transcript recorded the audience response: “(LAUGHTER).” By refusing to negotiate a deal with the Taliban in 2001-2002, the United States missed the best chance to achieve something resembling victory.

The story of a just war undone by righteousness can help Americans move forward. There should be no forgetting, no syndrome, and no weaponization. The successes and failures should be shared by all. The Afghanistan War has a hundred fathers.

This narrative teaches America, not just about Afghanistan, but also about itself—about U.S. moralism, the American way of war, and the need for humility and far-sighted thinking at a moment of seeming triumph. The fault lay not in the stars, but in ourselves. As the United States adjusts to a new world of strategic competition with China, the necessity for restraint and pragmatism in war becomes even stronger.

A good war undone by wrath can be situated in the arc of the American epic. The Afghanistan War began, not as an imperial quest, but because the United States was attacked. America will not succumb to melancholy and retreat from the world. America will keep the flame of its ideals alive—but learn to temper its fervor. After all, losing has an upside. Failure can spur new opportunities for reform at home and political gain abroad. During the Cold War, Washington feared that the fall of South Vietnam would trigger a domino effect where all Southeast Asia would fall to communism, but in the end, Communist China and Communist Vietnam went to war. Similarly, the Taliban’s success could create tensions between the group and other regional actors like Iran that America can exploit.

AFTER THE fall of Saigon in 1975, Secretary of State Henry Kissinger said, “Vietnam is a Greek tragedy. We should never have been there at all. But now it’s history.” Vietnam, however, lingered in the American body politic like a residual infection. Afghanistan could also poison American politics for years to come. In William Faulkner’s novel, The Sound and the Fury, a father tells his son that was is the saddest word because things are etched in stone. But the son discovers an even sadder word—again—because disaster repeats itself in a cycle, and the past just is. Haunted by the passage of time and memory, the son smashes his father’s pocket watch. But even without its hands, the watch keeps ticking.

Dominic Tierney is Professor of Political Science at Swarthmore College, a Senior Fellow at the Foreign Policy Research Institute, and the author of four books, most recently, The Right Way to Lose a War: America in an Age of Unwinnable Conflicts (Little, Brown, 2015).