What America's ISIS Strategy Is Missing 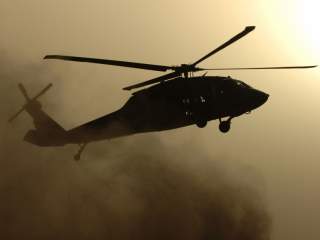 It is happening again. In the quest to “degrade, and ultimately destroy” the Islamic State, American leaders are coming to realize that more is needed from the United States and its allies. At the World Economic Forum in Davos, U.S. Secretary of Defense Ash Carter said that the United States is “looking for opportunities to do more, and there will be boots on the ground.” The goal is to “enable” local forces to take back and hold territory taken by the terrorist guerilla group, all in an effort to “intensify [the] war against [the Islamic State].”

Here is the issue: once again, this is tactical creep accompanied by strategic stasis. Helping local forces was the second pillar of Obama’s four-point strategic plan, outlined back in September 2014. Since then, the administration keeps announcing new initiatives that are couched in strategic rhetoric, but are really marginal and cosmetic changes at the tactical level. Recall the announcements of the 450 advisers, the “lily pads,” fifty special forces, and then the 200 U.S. commandos. These shifts are small moves to bolster the military fight against ISIS, but they do not change the strategy at all. A strategic shift would put greater emphasis on governance, providing incentives for coalition allies to fully participate in the effort and pursuing all diplomatic angles with actors on the ground, even the unsavory ones.

How to actually change the strategy to take down the Islamic State, if that is truly the desired goal? Start with governance. Right now, “attitudes toward [the Islamic State] are often more favorable than outsiders commonly assume,” according to Mara Rivkin. This is the case because, while the Islamic State is a terrible option for many under its rule, living with the group might be less bad than an unknown alternative. If the United States is serious about changing its strategy, then one of its main objectives should be to provide a viable and effective governance alternative. This is easier said than done. The Islamic State would have to be removed militarily and then outside actors, like the United States, along with its allies and partners, must work closely with whatever civil society is left in the region to rebuild and replace the current governance structure. Water must be potable and readily available, electricity must be consistent and reliable, security must be felt when citizens walk outside their doors, stores must be stocked and, while it seems mundane, the garbage must be picked up. Even a military defeat of the Islamic State will breed resentment if the basic needs of the people are not met. Sadly, governance was not mentioned in President Obama’s strategy rollout, and has not since been included.

In the same statement where Secretary Carter described the so-called strategic shift, he also called out many countries for only being part of the anti–Islamic State coalition “on paper.” He is correct. The attention of allies, especially those in the region, is turned elsewhere—notably to Yemen and Iran, among other areas. According to administration and military officials in not-for-attribution statements, Jordan, Saudi Arabia, Bahrain and the United Arab Emirates have essentially halted their air support operations. Saudi Arabia went months without flying a mission, Jordan has not been in the air since last August and the UAE since even further back, in March 2015. Meanwhile, the United States continues its “anemic approach averaging only six strike sorties a day,” based on David Deptula’s calculations. Despite all this, the United States could win this war on its own—but it should not. A legitimate victory requires the active and persistent participation of allies and partners, mostly regional ones, that demonstrate it is not just the West which is against the Islamic State’s vision of a just society. Finding incentives to bring these actors back into the coalition is vital to a strategic victory against the Islamic State. If the United States goes it alone, it could certainly win many of the battles, but the long war would be lost. It is in moments like these that friends are needed most.

Finally, a diplomatic solution, first in Syria, is required to fell the Islamic State. The administration is now correctly pursuing this approach, putting more of the onus on Secretary of State John Kerry to, as a New York Times report put it, “push Russia, Iran, and other players toward two objectives: a cease-fire to limit the cycle of killing and the establishment for a transition of power.” That is important, but finding a way to release Raqqa from the Islamic State’s grasp is also necessary. The anti–Islamic State fight is mostly focused on Iraq as the United States aims to maintain what it won in the Iraq War. But as long as Assad remains in power, and Raqqa continues to be a stronghold for the Islamic State, the administration’s stated goal will not be achieved. A long political, military and governance campaign is required to make that a reality. No amount of carpet bombing can see this outcome through.

The administration certainly has a tough job ahead. It said it would seek to defeat the Islamic State, and it no doubt is trying, albeit with minimal applied resources. And it has less than a year to get the job done, almost certainly making this an issue for the next administration. Whatever it decides to do over the next twelve months to end the Islamic State, it needs to stop couching its moves in strategy speak. The strategy has remained the same since 2014. The only thing that changed is the amount of effort put into the military aspect of the strategy, which encompasses most of it. The real strategic shift would be to make governance issues matter more than military issues, get the anti–Islamic State coalition back into action for real and strike some hard but important diplomatic deals. Anything short of that will lead to tactical shifts in service to a strategy that stays the same.