What Are History’s Lessons For the Ukraine Crisis? 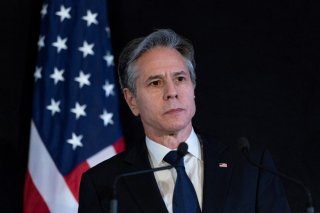 As the crisis over Ukraine continues to preoccupy the United States, Russia, and Europe, it is increasingly urgent to consider the lessons from history from earlier international crises, particularly those that were successfully and peacefully resolved. The Cuban Missile Crisis offers one such example. Despite enormous tensions between Washington and Moscow, the two sides reached a diplomatic accommodation that averted a nuclear catastrophe. Can Washington and Moscow arrive at a similar outcome today?

The Center for the National Interest convened a discussion of this important issue with Graham Allison, the Douglas Dillon Professor of Government at Harvard University. Allison, who is the author of the landmark book Essence of Decision: Explaining the Cuban Missile Crisis, was a special advisor to the Secretary of Defense (1985–87) and the Assistant Secretary of Defense for Policy and Plans (1993–1994), where he coordinated strategy and policy towards the states of the former Soviet Union. President Bill Clinton awarded Allison the Defense Medal for Distinguished Public Service, for “reshaping relations with Russia, Ukraine, Belarus, and Kazakhstan to reduce the former Soviet nuclear arsenal.” His most recent book is Destined for War: Can America and China Escape Thucydides’s Trap?, which examines the U.S.-China rivalry.