What Are Putin’s Real Presidential Plans? 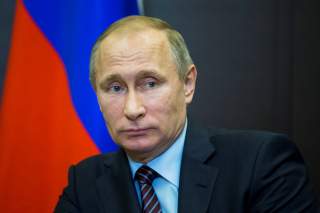 There is a revealing scene in the movie Tequila Sunrise, in which Mel Gibson’s character laments his difficulty in getting out of the cocaine-dealing business. He wants to stop (or so he claims), but no one else wants him to quit. His customers crave the drugs. The cartel needs his connections. His ex-wife desires a share of the illicit income. Even the police hope he will continue so that they can arrest him and his suppliers. Quitting, he suggests, is not as simple as it might appear.

Russian president Vladimir Putin can probably relate. In his annual address to the Federal Assembly in January, he proposed constitutional changes that would weaken presidential powers and restrict any president to no more than two terms in office. Putin’s proposal took nearly everyone inside and outside of Russia by surprise, prompted a reshuffling of his government, and kicked off weeks of speculation about his aims after his constitutionally limited term expired in 2024. Would he really end his presidency in four years? Did he intend to become prime minister, legislative chairman, or the head of some newly enhanced State Council, thereby continuing to wield power in some other way?

Putin’s initial answers to such questions were frustratingly vague and for good reason. He presides over a Putin-centric political system that cannot function unless he himself controls it. Nonetheless, Russia’s vexing long-term problems—economic stagnation, educational deficiencies, and demographic decline—are not amenable to top-down, presidential directives. He must know that it will take decades at best for Russia to achieve his declared goal of regaining an acknowledged place among the world’s great and prosperous nations. He will have to deal with the issue of succession if he is to put the country on a stable glide-path to post-Putin success.

Dealing with that succession is far from an easy matter, however. Putin certainly knows that he would instantly set off a full-blown scramble for power if the words retirement or successor were to pass his lips. He also understands that declaring an intention to remain president ad infinitum would pose problems of a different sort. “It would be very worrying to return to the situation we had in the mid-1980s when state leaders stayed in power, one by one, until the end of their days and left office without ensuring the necessary conditions for a transition of power,” he said recently in a national television interview.

Given such concerns, why did he seemingly shift course this week and openly accede to the Duma’s “request” that it pass a law enabling him to remain president until 2036 if voters approve? Many observers believe that this had been his plan all along, that his earlier coyness was simply a clever means of testing how much support he might have for end-running constitutional restrictions on his time in office. After all, he must have known that even hinting at departure would spook many Russian elites, who have long counted on him for their positions, their wealth, and their protection from rivals, and would prompt a plethora of pleas for his continued rule.

But the emergence of dangerous new international factors probably played a more important role in Putin’s decision to tip his hand more directly. In the past few weeks, Russia has walked up to and back from the brink of direct military conflict with Turkey—a NATO member—over Syria. The coronavirus threat has quickly transitioned from specter into a reality that could overwhelm Russia’s healthcare capabilities and its energy export-dependent economy. Political stability in Iran, China, Europe, and the United States appears less certain as governments struggle to contain the virus, limit its economic damage, and manage popular fears. Saudi Arabia and Russia have gone to the battlements over oil production as a global recession looms and competition for energy markets intensifies. And Russia itself has exploited this dispute to return fire over American sanctions against the Nord Stream 2 gas pipeline by driving oil prices down and hurting the ability of the U.S. shale industry to compete with Russian producers for energy sales in Europe.

The natural reaction in times of heightened fear is to seek safety in the familiar, rather than to venture toward the untested and unknown. Rulers are no more immune to this impulse than are the ruled. In fact, Putin explicitly cited the ongoing coronavirus epidemic and the recent collapse of Russia’s agreement with OPEC in explaining his willingness to approve lifting the term limits on his presidency. It is not, he implied none too subtly, a propitious time to be raising the possibility of a leadership transition in Russia.

The past few weeks of Russia’s public debates over constitutional changes, backroom maneuverings within its political elite, and a fast-developing world health and economic crisis, have given us a glimpse into just how difficult it can be to find an orderly way out of the Russian presidency business if indeed Putin was ever serious about exploring ways to manage a transition. It has become clear that the Putin era will not end voluntarily anytime soon, and odds are that it will not feature a predictable Hollywood-style fade to black once it does end.

The are several takeaways in all this for the United States. First, it would be unwise to base our Russia policy around hopes that a more liberal post-Putin leadership will evolve in the foreseeable future. More importantly, we should be aware that the Kremlin is increasingly concerned that a confluence of internal and external dangers is posing genuine threats to Russian interests, and perhaps even to its own hold on power. And as Putin himself cautioned in his memoirs, a rat is most prone to strike when it feels cornered.