What Does China’s Iranian Consulate Mean for America? 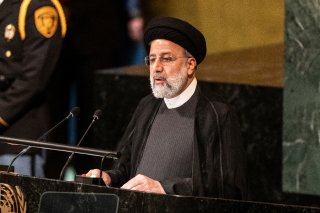 China’s Bandar Abbas consulate would undoubtedly serve as a conduit to consolidate this new triangle alliance.

Coordinating the Belt and Road Initiative

The success of the BRI gives the Xi administration a strategic tool in great power competition. China intends to improve Iran’s transportation infrastructure by building roads, bridges, ports, factories, and industrial towns, in accordance with the twenty-five-year strategic agreement. When completed, these infrastructural projects in Iran’s southern free trade zones in Jask and Chabahar would be integrated into China’s trillion-dollar BRI to export its goods to the Middle Eastern, Central Asian, and European markets. Needless to say, opening a consulate at Iran’s transportation hub would expedite this integration.

The Reconquista of Taiwan.

If the forceful unification of Ukraine is inevitable for Russian president Vladimir Putin’s realization of his imperial Novorossiya (New Russia) project, for Xi, the reunification with Taiwan is necessary to fulfill the “One China” objective.

As the world’s largest energy importer, China seeks to ensure an uninterrupted flow of hydrocarbon resources from Iran, Saudi Arabia, and other Gulf states. By signing comprehensive economic and security agreements with Iran and Saudi Arabia, the Gulf’s major players, the CCP has taken steps to ensure a smooth flow of oil in the event that the West punishes it for attacking Taiwan.

The opening of a CCP consulate in Iran can serve, among other things, as a platform to ease the energy and economic consequences of this strategic decision.