What Does Trump's Jerusalem Decision Mean for Iran? 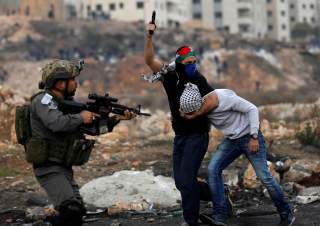 Breaking with decades of U.S. foreign policy and defying the international opposition, on December 6, 2017, President Donald Trump recognized Jerusalem as the capital of Israel. He also promised that in time, the American embassy in Tel Aviv would be moved to Jerusalem.

Trump was acting on October 23, 1995, congressional “Jerusalem Embassy Act of 1995,” (JEA 1995) which urged to recognize Jerusalem as the capital of Israel and called on the White House to relocate the embassy.

The law gave the executive the right to issue of a waiver, a loophole which presidents Bill Clinton, George W. Bush and Barack Obama utilized to avoid the move. The previous administrations considered changing the status quo to be misgauged at best and dangerous at worse. The reasons are well known, ranging from the impeding the Israeli-Palestinian peace process to creating anti-American violence in the Arab and Muslim world. But the right-wing Israeli government of Benjamin Netanyahu and the Israeli lobby in the United States, including evangelical Christians led by the Vice President Mike Pence, had persuaded the president who overrode the objections of the Department of Defense and the CIA.

It is too early to predict how the events would unfold, but it is already clear that hardliners in Iran have considered the Trump declaration to be a major foreign policy windfall. The Revolutionary Guards and its foreign operation branch, the Quds Force, were particularly elated. The Tasnim News Agency, an outlet associated with the guards, wrote that Trump’s decision has certain advantages. “This situation makes Iran’s work in forming a resistance front with a focus on defending Palestine easier.” Quds Force social media outlets and the Javan newspaper, a daily belong to the guards, quoted Hamas political leader Ismail Haniyeh saying that “Trump’s ‘flagrant aggression’ has opened ‘the gates of hell’ as the group calls for a ‘day of rage.’” Iran’s Chief of Staff of the Armed Forces, Maj. Gen. Mohammad Bagheri, said that the path to the liberation of Quds will continue stronger than ever. Kayhan newspaper, considered the mouthpiece of the Supreme Leader Ayatollah Khamenei wrote that Trump’s decision had accelerated Israel’s death. Maj. Gen. Mohammad Ali Jafari, the chief commander of the Revolution Guards, noted that “the US and the Zionist regime have committed their most historic folly vis-à-vis al-Quds, and with the grace of God, al-Quds will become a graveyard for the fake regime of Israel.”

Rhetoric aside, hardliners have a few steps in mind. First, they would try to improve Iran’s standing in the Arab world. Since 2011, this standing was greatly reduced due to its support for the Assad regime. The Syrian civil war enabled Saudis to take advantage of the situation to convince the Arab nations that Iran, rather than Israel, is the real threat to the Arab world. The result of one survey conducted by the Interdisciplinary Center in Herzliya concluded that the Saudi public is far more concerned about the threats of Iran than Israel, with 53 percent naming Iran as their main adversary. Trumps Jerusalem decision would change this dynamic, enabling Iran to switch the focus to Israel once again. More consequentially, the regime would be able to establish itself as the leading defender of the Palestinians and their right to Jerusalem.

“If half of the money spent by some governments in the region to encourage terrorism, extremism, sectarianism, and incitement against neighbors would have been spent on liberating Palestine, we would not have faced this American arrogance, which is trying to enshrine ‘the promise of those who do not belong and do not deserve it.’ Nevertheless, Jerusalem remains an Arabic-Islamic entity.”

Moderate Arab governments would bear the costs if forced to disassociate with Israel, since it may affect their intelligence and military collaboration. During recent years, there have been sea changes in the relations between Israel and regional countries. For instance, Saudi Arabia and Israel have grown closer mostly due to their shared concern over Iran’s regional policies and its controversial nuclear program. Israeli officials acknowledged that their country and Saudi Arabia are in complete agreement about Iran's intentions. The Israeli military chief Lt. Gen. Gadi Eisenkot in an interview with Saudi newspaper Elaph hinted that the two countries are exchanging information to deal with Iran. Observers did not rule out the possibility that the two sides may even begin establishing diplomatic relations. The Iranians would do the utmost to prevent such an outcome.

Third, the Revolutionary Guards would use the Trump decision and the expected violent protests to step up recruitment of Shia Muslims and others. The Quds Force has control over fifteen Shia militias proxy groups mostly from Iraq, Afghanistan, Pakistan and other places with significant Shia populations. Ostensibly created to fight ISIS, the militias found themselves looking for a new mission after the Islamist radicals were defeated. Defending Jerusalem from the perceived challenge posed by the United States and Israel has already been eagerly embraced. The mission of these proxy groups will be to attack American forces in addition to targeting Israel. Perhaps encouraged by Qassim Suleimani, the commander of the Quds Force, the Iraqi Shia paramilitary Harakat Hezbollah Al-Nujaba—a faction of the Iranian-backed Popular Mobilization Forces—threatened to attack the U.S. military in Iraq. Akram al-Kaabi, the group’s leader, noted that “Trump’s stupid decision . . . will be the big spark for removing this entity [Israel] from the body of the Islamic nation, and a legitimate reason to target American forces.”

Finally, Trump’s decision would change the balance of power between Hamas which controls Gaza Strip and Fatah which controls the Palestinian Authority (PA) in the West Bank. In October 2017, Hamas, which faced increasing difficulties in governing the strip, signed a reconciliation agreement with Fatah mediated by Egypt. But the negotiations stalled because Hamas and the Palestinian Islamic Jihad (PIJ) refused to disarm. The Quds Force which controls the PIJ, was vehemently against the agreement, even though its leader, Ahmad al-Mudallal, had denied the fact. With Ismail Haniyeh, the political chief of Hamas, calling for a new Intifada and promising to open the “gates of hell,” it would be difficult for Fatah to press for disarmament.

While the Jerusalem announcement may not lead to a new intifada or a broader anti-American conflagration in the Middle East, the regime hardliners believe that the Saudi led campaign against Iran would most likely fizzle.

Dr. Farhad Rezaei is a research fellow at Center for Iranian Studies (IRAM) in Ankara, where he researches Iran’s foreign policy. His forthcoming book is Iran’s Foreign Policy After the Nuclear Agreement: Politics of Normalizers and Traditionalists.

Image: An undercover Israeli security officer detains a Palestinian demonstrator at a protest near the Jewish settlement of Beit El, near the West Bank city of Ramallah, December 13, 2017. Reuters/Mohamad Torokman