What to Expect From Indonesia’s ASEAN Chairmanship 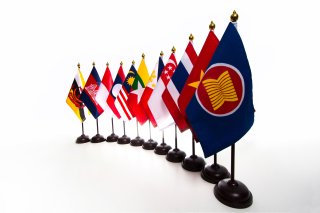 Following its stint as the G20 president in November of last year, Indonesia has another opportunity to project its power and pursue its priorities as the chair of the Association of Southeast Asian Nations (ASEAN) in 2023. With the theme “ASEAN Matters: Epicentrum of Growth,” Indonesia officially started its term as ASEAN chair on January 1, taking over from Cambodia. Often perceived as the de facto leader of the regional bloc, Indonesia faces high expectations to manage and resolve many significant issues, including the ongoing turmoil in Myanmar and the South China Sea disputes. In August last year, then-Malaysian prime minister Ismail Sabri Yaakob expressed confidence in Jakarta’s ability to better address ASEAN and global issues in its capacity as ASEAN chair. While the ASEAN chairmanship presents an opportunity for Indonesia to regain its regional leadership, it also comes with greater responsibilities for Jakarta to tackle many significant regional challenges.

Almost two years after the February 2021 military coup, there is still no end in sight to Myanmar’s deepening crisis. While ASEAN is expected to act as a peacemaker to resolve the conflict, the bloc has been largely ineffective in restoring peace and stability in the country through its Five-Point Consensus (5PC). The bloc remains divided over how to deal with the Myanmar junta and has often been criticized for making little meaningful progress in the implementation of the 5PC. Indonesia, Malaysia, Singapore, and the Philippines are among the bloc's most vocal critics of the junta.

Tackling the post-coup crisis in Myanmar remains a major headache for Indonesia under its chairmanship, whose success will likely be assessed based on how Jakarta manages the issue that divides the bloc. Dr. Oh Ei Sun, a senior fellow at the Singapore Institute of International Affairs, said it would be very difficult for Jakarta to achieve any significant breakthroughs in the Myanmar issue for two reasons.

“Firstly, ASEAN works on consensus, and a number of ASEAN countries may not agree with taking a harder line with Myanmar. Secondly, the junta, just as its many predecessors over the last half centuries, had hardened itself against the detrimental effects of the various sanctions,” Oh explained.

However, Policy and Economic Affairs Centre of Malaysia (PEACE) CEO Dr. Zokhri Idris expressed confidence that Indonesia would play a key role in ensuring peace progress in Myanmar but said collective efforts within ASEAN are needed.

“Indonesia has the tendency to work with various parties to solve conflicts. It manages to bring contesting parties [Ukraine and Russia] to a Forum [G20], and I am sure it will replicate the same method to the Myanmar issue,” the Idris said.

“There is no a single winner in solving the issue, but rather a concerted effort of ASEAN members to fill in the gap during the peace process,” he further added.

The South China Sea (SCS) dispute remains a key security flashpoint in the region. The idea of the Code of Conduct (CoC), which aims to manage tensions between claimant states over the SCS, was formally adopted and acknowledged in 2002. However, since then, ASEAN and China have been engaged in negotiations over the CoC agreement without significant progress. Beijing and some ASEAN claimant states have overlapping claims in the SCS, including the nine-dash line. With these fundamental divergent interests at play, the China-ASEAN CoC is unlikely to be concluded during Indonesia’s ASEAN chairmanship.

“The conclusion of CoC negotiation is nowhere to be seen. This is mainly because the enforceability of the code is a sensitive point, in that most of the negotiants would like it to be enforceable on others but not themselves,” Oh explained.

This was echoed by Zokhri, who felt that it would be hard for Indonesia to push forward the CoC negotiations as Indonesia is not one of the claimants in SCS disputes.

“Although we admit the fact that Indonesia, through its foreign policy, would be stern in protecting territorial sovereignty, the SCS sovereignty is very much contested between UNCLOS vs historical perspectives. We have not seen a strong/active response from Indonesia much particularly towards SCS,” he said.

In a statement issued in November last year at the annual leaders’ summit in Phnom Penh, the leaders of ASEAN agreed “in principle” to admit Timor-Leste as the group’s eleventh member, with full membership pending. During a visit to Indonesia in July 2022, Timor Leste president Jose Ramos-Horta expressed hope for his young country to join ASEAN under Indonesia’s chairmanship. While Indonesian president Joko Widodo has been a vocal advocate for Timor-Leste’s membership, it remains to be seen if he can continue to exert his leadership to convince his fellow regional leaders to accept Timor-Leste as a full member of the bloc.

“At this rate, we are positive that Timor Leste will be a member of ASEAN in 2023. However, that depends on whether each ASEAN country remains steadfast in building a consensus to accept Timor-Leste’s membership,” Zokhri said.

While Timor-Leste may have the smallest economic size in comparison to those of the other members within ASEAN, its full membership can help ASEAN strengthen its centrality at a time of great global uncertainty. As ASEAN chair, Indonesia can play a vital role in advancing its diplomatic efforts to create a road map for Timor-Leste’s formal membership.

ASEAN and the Great Powers

In 2023, the increasing U.S.-China geopolitical and geo-economic bifurcation and competition for influence will continue to resonate throughout the ASEAN region. As ASEAN’s largest bilateral trading partner, China represents a trading volume that is 54 percent higher than that of the United States. Meanwhile, the United States is ASEAN’s largest source of Foreign Direct Investment (FDI), providing $34.7 billion (25.3 percent of total FDI inflows) to ASEAN in 2020, compared with $12 billion from China and Hong Kong (8.7 percent of total inflows). So far, states have generally maintained equidistance between the two great powers.

Yet events such as the Myanmar crisis, the Russo-Ukrainian war, and the increasing pressure on countries to take sides between the United States and China have threatened the equilibrium and exposed divisions within the bloc. Such divisions severely impair the unity and the effectiveness of ASEAN, risking it falling into a region of divergent regimes and endangering ASEAN centrality.

Under Indonesia’s Chairmanship, ASEAN faces the critical challenge of halting this diverging trend. If the bloc’s largest and most populated economy cannot do it, the situation left for the next chairman state will be even more problematic. While Widodo vowed to prevent ASEAN from becoming a “proxy to any powers”, it remains a big challenge for him to lead ASEAN out of the great power dilemma.

The Regional Comprehensive Economic Partnership (RCEP), which is the largest trade agreement in human history, took effect for Indonesia on January 2. RCEP is a remarkable affirmation of multilateralism and openness by Asian countries. The pact is also the first free trade agreement (FTA) that includes China, Japan, and Korea—the three major economies in East Asia.

ASEAN’s economic growth has almost always been higher than the global average, and its GDP was projected to grow by 5.1 percent in 2022, compared to 3.2 percent worldwide. As the largest economy within ASEAN and the fifth largest among RECP parties, hope is high for Indonesia’s leadership to keep the ASEAN economic engine running full steam and achieve even higher levels.

However, this task may not be easy. With the ongoing great power rivalry, a war in Europe, and a looming international financial crisis, the global economic outlook for 2023 is bleak and gloomy. In both 1997 and 2008, ASEAN showed staunch commitments to strengthen its integration efforts when facing regional and international financial turmoil. 2023 may be a bigger test for the bloc’s unity and economic resilience. Other issues also raise high expectations, such as establishing the RCEP Support Unit, a body to coordinate the trade agreement, and Hong Kong’s recent bid to join RCEP.

Energy security is another tough challenge that Indonesia’s chairmanship needs to deal with. The recent seventh ASEAN Energy Outlook (AEO7) released by the ASEAN Center for Energy (ACE) in late 2022 projects continuous high energy demand growth, tripling 2020 level by 2050, with total final energy consumption (TFEC) expected to reach 473.1 Mtoe by 2025 and 1,281.7 Mtoe by 2050. With the current natural resource reserve and production capacity, ASEAN will become a net importer of natural gas by 2025 and coal by 2039.

As the world’s fourth-largest producer of coal, ASEAN’s biggest gas supplier, and the largest biofuel producer globally, Indonesia may not have energy issues itself but will most surely face pressure to coordinate the distribution of energy among ASEAN member states. “Energy should be borderless. The problem with energy is that we limit energy within [the borders of] our member states,” said ACE executive director Nuki Agya Utama at the launch of AEO7.

The AEO7 also calls for Indonesia to connect its electricity system in Sumatra to Peninsular Malaysia by 2025 to enable ASEAN to meet its growing electricity demand while keeping costs in check.