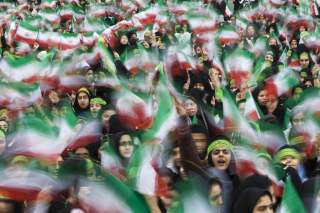 THE ADVENT of the Trump administration has put U.S.-Iranian relations into a deep freeze. President Trump has repeatedly indicated his displeasure with the Joint Comprehensive Plan of Action (JCPOA), the agreement that restricts Iran’s nuclear program. His appointment of Mike Pompeo to become secretary of state, and the ascension of John Bolton to become national security advisor, suggest that he wants to adopt a much harder line toward the JCPOA even at the expense of isolating the United States from its European allies. Trump has said, “When you look at the Iran deal—I think it’s terrible; I guess [Rex Tillerson] thought it was okay. I wanted to either break it or do something, and he felt a little bit differently. So we were not really thinking the same. With Mike Pompeo, we have a very similar thought process.”

But the notion that Washington can simply dictate the terms of any agreement to Iran, or should even contemplate a new round of regime change by attacking Tehran, reveals how detached from reality the Iran debate has become. Similarly detached has been that debate’s ritual invocation of Iran’s “malign,” “nefarious” or “destabilizing” regional behavior without examining actual Iranian policies and the reasons for them. Iran has been an adversary of the United States that has sought to expand its influence throughout the Middle East. But treating Iran as an inveterate foe that cannot be dealt with diplomatically risks creating a self-fulfilling prophecy.

Though no longer an empire, today’s Iran is one of the most important states in the Middle East. It occupies a large and pivotal physical space. Its population is about the same as Turkey’s, not far behind Egypt’s and much greater than that of any of the other Arab states.

It is natural—and many Iranians see it as natural—for such a nation to be active in, and to have substantial influence in, the region to which it belongs. This perspective does not depend on any specific ideology or grand strategy. It does not depend on the political character of the Islamic Republic or the revolution that created that regime. The same background, and most of the thinking that flows from it, would apply if the Pahlavis were still in power. It was the last shah who appealed to memories of past expansion when he staged a lavish celebration at Persepolis for the 2,500th anniversary of the founding of Cyrus the Great’s empire.

DESPITE ITS size and ancient glory, Iran faces the offsetting disadvantage of being a minority in its own region in important respects. It is a multiethnic, but predominantly Persian, state in a Middle East that is mostly Arab. It is mostly Shia in a region in which most people are Sunni Muslims. Some of those Sunnis, especially on the other side of the Persian Gulf, are influential religious militants who consider Shia barely tolerable, if not heretics. These disadvantages mean Iran must work that much harder to win friends and influence people. It also means there are natural lines of conflict that contribute to Iranians’ sense of being threatened within their own neighborhood. Iranian leaders look around them and see at least as many dangers to worry about as opportunities to exploit.

No experience has contributed more to Iranian leaders’ sense of beleaguerment than the Iran-Iraq War in the 1980s. Iraq started the war. The eight-year conflict was enormously costly. Accurate figures on casualties are lacking, but Iranian deaths probably numbered well up into six figures, with hundreds of thousands more wounded. Besides the grueling combat at the front, Iraqi missiles rained down on Iranian cities—an experience that shapes Iranian leaders’ thinking today about their need for ballistic missiles as a deterrent. The war, which occurred during the first decade of the Islamic republic, was a strongly formative experience for many current Iranian leaders.

Iranians remember that most Arab states, including those facing Iran across the Persian Gulf, sided with Iraq, notwithstanding their own differences with Saddam Hussein. Iranians also remember that the United States took Saddam’s side, with the only partial exception to that—what Americans know as the Iran-Contra affair—regarded in the United States as a scandal.

That history is part of a larger picture, as Iranians see it, of hostile outside powers playing on local weakness and division to threaten Iran. Some of those threats have grown into direct compromises of Iranian sovereignty and independence. The relevant history includes the British and Soviet occupation of Iran during World War II, and the American and British overthrow of Prime Minister Mohammad Mossadegh in 1953. The Trump administration’s fostering of a U.S.-Israeli-Saudi axis centered on—indeed, defined by—hostility to Iran is the latest chapter in that history.

The main lesson for Iran from Saddam’s invasion in 1980 and the horrendous war that followed is that Iran must do everything it can to prevent another hostile regime from coming to power in Iraq. Whoever governs Iraq need not be a puppet or a client or even an ally, but they must have cordial relations with Iran. Parallel perspectives govern much thinking about the relationship among Iraqis, who also suffered greatly from the war in the 1980s. The mostly friendly relationship that exists today between the Iranian regime and the Iraqi government of Prime Minister Haider al-Abadi reflects such perspectives in both countries.

Iran shares a nine-hundred-mile border with Iraq and has no interest in endless instability there. While Iran welcomed the United States’ gift of ousting Saddam and thereby enabling greatly increased Iranian influence in Iraq, its interests are not served by unending turmoil along its Western border. This is especially true given such border-spanning vulnerabilities as ethnic Arab and Kurdish minorities within Iran.

Iran’s principal impact on the territorial integrity and stability of Iraq has been its assistance in combating Islamic State (ISIS). That group had become the biggest impediment to al-Abadi’s government asserting authority over all the non-Kurdish parts of Iraq, as well as posing a terrorist threat to Iran itself. In rendering this assistance, Iranian leaders are aware of how sectarian tensions have fueled instability and civil war in Iraq ever since the U.S. invasion. It follows that Iran does not have a stake in stoking such tensions, however much natural sympathy Iranians have for Shia coreligionists. Iran has sought influence and cultivated relationships all over the Iraqi demographic and political map—with Sunnis as well as Shia, and Kurds as well as Arabs. Iran’s use of Shia militias is a function of effectiveness in fighting ISIS, not of religion. Iran even has tried to help the Iraqi regime recruit more Sunnis into its military.

Similar perspectives guide the Iranian approach toward the rest of the Arab world, even without the especially intense security concerns about the immediate neighbor with the long shared border. Iranian leaders are acutely aware that there are more Sunni Arabs than Shia ones. In places where a Shia theme can be played for propaganda advantage, Iran will play it. This has been true in Bahrain, where a Shia majority—the only such majority in a Gulf Arab state—wants to overcome the domination of a Sunni ruling family. But insofar as the Islamic Republic of Iran aims a religiously infused message at the region in the course of asserting regional leadership, it is generally a message of Islam, and not specifically of Shiism.

Iranian policies toward other countries in the Middle East are most accurately interpreted in terms of whatever special ties, legacy and current significance the individual country holds for Iran, rather than any region-wide grand strategy or scheme. Syria is the place where, besides Iraq, Iran has exerted itself most strenuously in recent years. As in Iraq, much of this effort has been aimed at defeating ISIS. Amid the multifaceted Syrian Civil War, the assistance also has helped the Assad regime to combat other rebel groups, some of which have their own violent jihadist components. A background to this assistance is that the relationship with Syria has been the only long and strong alliance that Iran has enjoyed with an Arab state. The alliance began with shared opposition to Saddam Hussein’s regime in Iraq and later was reinforced by economic ties. Given the inherent disadvantage for non-Arab Iran in seeking influence in the Arab world, Tehran unsurprisingly places high value on its partnership with Syria and will do what it can to avoid losing it.

Geographic proximity means the significance of Syria in Iranian eyes also is related to Lebanon, but the latter country has its own special place in the Iranian regime’s sentiments. It is a multiconfessional state in which a Shia Muslim plurality has striven to win political influence commensurate with its numbers. Iran, still in the early days of the Islamic republic, became a champion of that cause, and in the process midwifed the birth of Lebanese Hezbollah—which, as the fighting in Syria demonstrates, is still Iran’s most important nonstate ally. It is hard to identify any part of this picture that Iran, even under pressure, would be willing to change appreciably.