What It Was Like to Blast Vietnam in a B-52 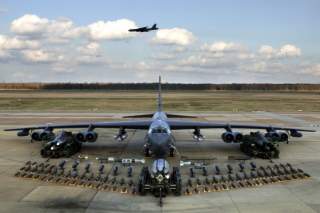 On a Tuesday night nearly forty-four years ago, the parents of those young Vietnamese were doing their best to kill U.S. airmen over Hanoi.

Given that Obama’s trip occurred so close to Memorial Day, it seems fitting to look back at a rare artifact of one the last battles fought between America and Vietnam. Audio tapes recorded the radio and intercom chatter aboard one of the B-52s that struck Hanoi and Haiphong on December 26, 1972.