What Lawmakers Can Learn from the Coronavirus Pandemic 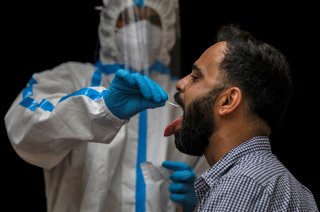 The public health crisis presented by the coronavirus has exacted a heavy toll globally in lives and economic damage. The United States alone accounts for over 4.3 million cases and 149,000 deaths, losses made more acute through the inability of medical equipment supply chains of Personal Protective Equipment (PPE) to meet demand. While PPE stockpiles increased following the initial U.S. outbreak in March 2020, with spikes in cases throughout July, the United States is again experiencing major shortages of both PPE and drugs like Remdesivir.

It became clear that the United States relied on foreign factories for the majority of the PPE required to combat the coronavirus, especially masks. Further, the majority of factories in China were unable to operate at full capacity because of the particularly large outbreaks there. Thus, many American factories pivoted from making their typical inventory to creating face shields, masks, and other gear. This led to calls for more American-made PPE in anticipation of other waves of the coronavirus or greater preparation for another global health crisis.

To evaluate support for increasing domestic manufacturing capacity, we conducted a web survey via mTurk Amazon of 1,035 respondents on July 7, 2020, in conjunction with the International Public Opinion Lab at Western Kentucky University. We randomly assigned respondents one of four versions of a statement, asking them to evaluate this statement on a five-point scale.

“The US government should take action to increase the domestic production of medical supplies, pharmaceutical goods, and Personal Protective Equipment (PPE), for example, masks and gowns.”

Version 2 (V2) also included that this decision should be made, “as part of a plan to bring manufacturing back to the United States.”

Version 3 (V3) instead added that such actions should be taken, “as a plan to ensure the United States can adequately prepare for and respond to public health crises.” 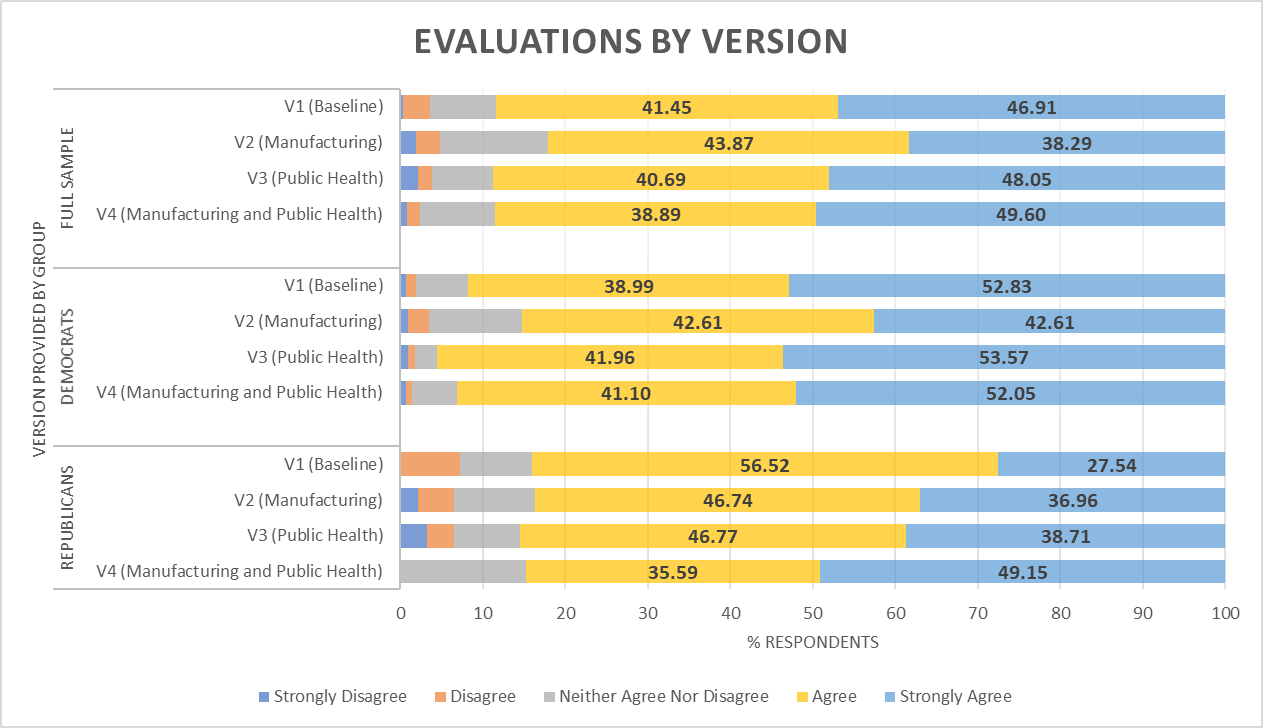 Most telling, there are surprisingly few major deviations based on the version received. Across all four versions, 80–90 percent of respondents agreed with the need to bring the manufacture of medical goods back to the United States. At the same time, we do see minor distinctions that offer insights into which type of argument is most effective. For Version 2, there are approximately 10 percent fewer “Strongly Agree” responses than the other versions, and approximately 5 percent more “Neither Strongly Agree nor Strongly Disagree” responses. This suggests that appeals that focus directly on domestic manufacturing are less effective in swaying respondents than appeals on public health concerns or even those that lack a clear focus. We expected that, in the midst of a global public health emergency, survey respondents would be more receptive to a public-health related framing (Version 3). However, as the results of V3 did not significantly deviate from the baseline, this was not the case.

Some differences emerge by party identification. As the framing of Version 2 mirrored Trump’s calls to move manufacturing back from international markets, we expected this version to receive higher levels of Republican support; however, this was not the case. Statistical analysis (t-tests) confirm that Democrats have higher levels of support than Republicans do for V1 and V3, with mean differences of approximately .38 and .32 on a five-point scale, respectively. So, while respondents overall reacted more negatively to V2 than the other versions, it is rather V1 and V3 that are directly impacted by partisanship. This finding may be due to how the party establishments have approached the pandemic. Acknowledging nuances in these stances, in general the Republican Party and the Trump administration have been dismissive of the threat posed by the coronavirus, and have at various times minimized the threats posed by a PPE shortage. For example, in April 2020, Trump called hospital shortages of PPE “fake news” while multiple states reported widespread shortages and health-care professionals resorted to reusing N95 masks due to their short supply. It follows, then, that Democrats might be more responsive to discussions of increasing PPE supplies and specific calls to increase domestic production in response to public health crises.

As cases spike in the United States, recognition of the need for PPE is not limited to health care and frontline workers, but by the American public across partisan lines. Our survey shows that respondents recognize the need for PPE in the backdrop of the coronavirus pandemic, although they do react comparatively negatively to framing the need for medical supplies specifically as part of an economic plan to bring manufacturing back to the United States. For proponents of moving the production of medical supplies like PPE back to the United States, these findings should be heartening. In a political climate where many facets of the U.S. response to the coronavirus have divided along partisan lines, domestic production of medical supplies, when framed properly, potentially provides an avenue by which the U.S. politicians can help to better address current and future health crises and find broad-based support while doing so.

Timothy S. Rich is an associate professor of political science at Western Kentucky University and director of the International Public Opinion Lab. His research focuses on public opinion and electoral politics, with a focus on East Asian democracies.