What the Next Lunar New Year Holds for China 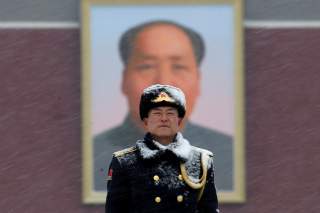 Around this time last year, I wrote a two-part series looking back at 2017 for hints of Chinese strategic intent, and then looking forward to 2018 for Chinese strategic actions. I asserted then that Beijing would try to promote abroad “socialism with Chinese characteristics” and seek to displace the Western-oriented and U.S.-preeminent world order. Also, I claimed Beijing would further develop the People’s Liberation Army (PLA) and exercise a more assertive foreign policy. So, with the onset of the new Lunar Year on February 5, let’s examine how accurate were the forecasts for 2018 and what to expect from Beijing in 2019.

Beijing expanded the numbers of Chinese think tanks in response to past government’s call for “new types of think tanks with Chinese characteristics to tell the China’s story.” According to a recently released report on global think tanks, China increased the numbers of its think tanks from 435 to 507 in 2018 (17 percent growth). The continued think tank surge is part of a national strategy to improve policy making and influence domestic and international public opinion. This strategy also aims to increase China’s soft power around the world and promote “socialism with Chinese characteristics.” All of these Chinese think tanks still have varying degrees of government sponsorship and affiliation.

In late-January 2018, at a Chinese Communist Party’s (CCP) leading group meeting to discuss how better to deepen the overall reform of the central government, Xi approved several policy documents to include the “Guiding Opinions on Promoting the Reform and Development of Confucius Institute.” The new policy directed the Confucius Institute to focus on “serving Beijing’s major powers diplomacy with Chinese characteristics . . . and improving the quality of education” and to become an important force of “soft communications” between China and foreign countries.

A month later, Xi issued a directive to cultivate greater support amongst the estimated sixty-million-strong Chinese diaspora. He called for “closely uniting” with overseas Chinese in support of the Chinese Dream. Moreover, Xi called for uniting as part of the greater efforts and activities of the United Front—a CCP organization designed to build broad-based domestic and international political coalitions to achieve the party’s objectives. He hoped these overseas Chinese citizens will collectively cooperate to counter political foes of the CCP, advance the party’s political agenda, and help realize broader Chinese geo-economic ambitions such as the Belt and Road Initiative (BRI).

On December 18, speaking on the fortieth anniversary of China’s transformative 1978 reforms, Xi staunchly defended Beijing’s embrace of “socialism with Chinese characteristics” and glowingly spoke of its benevolent benefits to the world. He called “the pursuit of reform and opening-up and socialism with Chinese characteristics a milestone in realizing the Chinese nation’s rejuvenation,” and further stated that “China’s development has provided successful experience and offered a bright prospect for other developing countries as they strive for modernization, representing a great contribution of the Chinese nation to the progress of human civilization.”

Last December, the U.S. Department of Defense (DoD) released a report to the U.S. Congress on “U.S. Defense Implications of China’s Expanding Global Access.” The report describes China’s expansion through military access and engagement; the BRI and Digital Silk Road initiatives; technology procurement; and a wide-reaching economic, political, and social presence. The worrisome expansion reflects Beijing’s strategic objectives to displace the United States in the Indo-Pacific region, expand its overseas presence in terms of bases and partners (and potential future allies), extend the reaches of its state-driven economic model, and eventually realign and restructure the world order in its favor as the preeminent global power. In 2018, China further expanded its extant base in Djibouti and eyed future projects in Cambodia, Philippines, Vanuatu, Israel, Greenland, and Antarctica. All told, under the BRI, Chinese companies played a key role in the construction and operation of more than forty ports and airports across thirty-four countries. Furthermore, like many overseas Chinese facilities, they could be quickly and easily repurposed for military use.

Last month, the U.S. Director of National Intelligence released the 2019 Worldwide Threat Assessment and then testified to the U.S. Senate. He asserted that Beijing is prepared and postured for an “ideological battle” with Washington. China is spreading “socialism with Chinese characteristics” to displace the U.S.-led democratic free market system and the greater Western-oriented and U.S.-preeminent world order. Globally, China under Xi is aggressively spreading its political system in the developing world through the BRI and employing predatory practices to gain the competitive economic edge.

The PLA recently outlined its plans to develop and deploy artificial intelligence (AI) capabilities for its forces in future high-technology warfare. The PLA is reportedly shifting from conventional destruction to AI-powered high-speed and extreme destruction operations. China plans to win wars by shifting the focus in warfighting from “systems confrontation” to “algorithms competition.” Beijing believes that achieving superiority in algorithms ultimately will produce “war-fighting superiority.”

Last December, a prototype electromagnetic rail gun was again noted on the deck of a PLA Navy (PLAN) combatant ship, supposedly conducting at-sea testing of an experimental naval gun that uses magnetic force, rather than an explosive charge, to propel its projectile, potentially giving the gun greater range, lethality, and destructive power than a conventional weapon. According to sources with direct knowledge of a U.S. intelligence report on the electromagnetic railgun, a warship-mounted railgun is expected to enter the PLAN by 2025.

Last month, General John Hyten (Commander, U.S. Strategic Command) reiterated the recently released DoD’s 2019 Missile Defense Review’s assessment that China has rapidly developed hypersonic missile technology and may deploy them starting in 2020. More troubling is his warning that “we (United States) don’t have any defense that could deny the employment of such a weapon against us, so our response would be our deterrent (nuclear) force.”

Also, the PLAN’s first domestically designed and built aircraft carrier (CV-17) has just completed its fourth round of sea trials in the Yellow Sea and could be commissioned as early as April. The PLAN purportedly plans to operate six carriers by 2035 to include future nuclear-powered ones with electromagnetic catapults, unmanned aerial vehicles, and advanced carrier-borne stealth fighter aircraft.

Beijing also announced the merger of three national radio and television entities to create a single Voice of China (VoC) to “guide hot social issues, strengthen and improve public opinion, push multimedia integration, strengthen international communication, and tell good China stories.” The VoC employs fifteen thousand employees across dozens of bureaus around the globe, producing media programs in more than sixty languages to provide a reassuring and benevolent image of China, one that blunts any concern about Beijing’s growing power and influence in the world. The VoC will complement similar “sharp power” activities by the Confucius Institutes and United Front. Altogether, these influence organs are intended to promote the Chinese foreign policy agenda and explain Chinese ideas and values, and in a way that wins the country supporters abroad.

Last month, in a speech marking the fortieth anniversary of the 1979 “Message to Compatriots in Taiwan,” Xi held out again “one country, two systems” as a model for Taiwan. Xi warned Taiwanese President Tsai Ing-wen that unification must be the ultimate goal of any talks over its future. He also said efforts to assert full independence could be met by armed force and that the “Taiwan question” was a Chinese internal affair and he would not tolerate any “foreign interference.”

China has long resorted to discreet salami-cutting tactics (persuasion and coercion) to diplomatically and economically isolate Taiwan and set the conditions to eventually retake the island-nation. In 2018, however, Beijing accelerated the tempo of salami-cutting despite drawing unwelcome global attention and criticism. China accepted an excessive political and economic cost to woo over Taiwan’s allies. To date, El Salvador, Dominican Republic, and Burkina Faso have cut diplomatic ties with Taiwan and instead formally recognized China—leaving only seventeen nations that officially acknowledge Taipei. Next in Beijing’s crosshairs may be the Vatican and Palau.