What Russia Expects from the Trump Administration 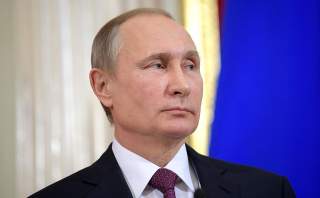 If Trump’s victory is truly the beginning of a new paradigm in domestic and particularly in foreign policy, and a transition from globalism to nationalism, we can expect major changes in U.S. foreign policy. This could open new opportunities for Russian-American relations.

A) If Trump indeed reassesses the U.S. attitude toward NATO, as a residue of the Cold War, and toward Europe overall, it may allow Moscow and Washington to prevent the Baltic states and Poland from continuing to create tensions, spoiling Russian-American relations and drawing the United States into conflict with Moscow under the false pretext of a Russian threat. In this case, politicians in Washington might no longer see Russia as an enemy that must be contained through endless strengthening of NATO and full mobilization of U.S. and European forces.

The relationship between Washington and Moscow could become more pragmatic, similar to Washington‘s relationships with other European countries. This would entail a predominantly bilateral character, in contrast to current relations, which are primarily alliance-based, multilateral and anti-Russian, thanks to the efforts of a number of European countries. In those new circumstances, if needed, Russia could provide guarantees of security and territorial integrity to some countries in eastern Europe, if their protection under Article Five of the NATO Charter is not sufficient. Thus, Russia could clearly show that it is not an enemy of the West, and has no intention of attacking the Baltic states or Poland, where hysterical discussions began after the crisis in Ukraine and Crimea’s reintegration into Russia. For Moscow to normalize relations with Washington, it needs American recognition that Ukraine is a special case for Russia.

B) Russia did not carry out expansion against Ukraine, though from the West’s perspective this is an indisputable fact that led to the creation of an entire system of sanctions against sectors of Russia’s economy and individual Russian citizens. Under the new paradigm, Trump‘s administration will have to give this up and lift the sanctions over time if it is prepared to normalize relations with Russia. In this case, Trump’s foreign-policy team would have to agree with Russia‘s position that the expansion into Ukraine was not Moscow’s doing, but the West’s, which encouraged a military coup against the legitimately elected president of Ukraine. Russia merely responded to the actions of the West, which was trying to transform Ukraine into an anti-Russian state inside NATO. Russia could not allow this to happen, since Ukraine is an existential problem for Russia.

Moscow could pursue the following program of action with Trump as a compromise. First, remove the issue of Crimea from the agenda and mark it as resolved, meaning Crimea is accepted Russian territory. Next, Ukraine adopts a nonaligned, neutral status in its constitution and the Kiev authorities decentralize power, including implementing the Minsk agreement’s terms on the status of the Donetsk People‘s Republic and Luhansk People‘s Republic. Finally, Moscow and Washington give a written guarantee of the territorial integrity of Ukraine and commence promoting the country’s economic recovery. At the same time, it would be desirable for the Trump administration to somehow make clear that the United States will cease its confrontational policy of expanding NATO by taking new countries of the former Soviet Union into the ranks of this military organization. Such arrangements in Ukraine could contribute to lifting the U.S. and European sanctions against Russia that began with the events in Ukraine.

Typically, proponents of NATO‘s eastward expansion and membership for Ukraine, Georgia and other former Soviet republics in this military alliance refer to the fact that these countries are independent and sovereign, and have the right to join any alliance at their discretion. Our common history shows that this argument has a serious flaw. In 1962, Cuba had every legal right to place Soviet nuclear missiles on its territory. However, the Kennedy administration had a different opinion and did not care about Cuba’s rights. The United States brought the world to the brink of nuclear war to force the USSR to remove its missiles. This example demonstrates that Ukraine has the right to join NATO, but also that Russia, seeing such an alliance as an existential threat, has the right to try to prevent it.

C) With respect to the situation in Syria, Iraq and the broader Middle East, events may develop in the following way. If there is a real change in the American foreign-policy paradigm, our countries could abandon the zero-sum game that originated in the Cold War and continues to this day, in which one’s is automatically perceived as the other’s loss. In this case, it could be possible to abandon competition and rivalry, which has been disastrous for Moscow, Washington and the region, and to move toward real and deeper cooperation between the Russian and U.S. militaries and intelligence services in the war against terrorism. Given strengthened Russia-Iran, Russia-Turkey, Russia-Iraq, Russia-Israel and Russia-Egypt relations, we could agree that the United States and Russia, together with their partners and allies, could divide spheres of responsibilities in the fight against the Islamic State and in contributing to the stabilization of the situation in the broader Middle East.

D) Improving relations between Moscow and Washington could have a significant impact on U.S.-Russia-China relations. The policies of three successive U.S. presidents—Clinton, Bush and Obama—pushed Russia into China‘s embrace, which many American experts debated with anxiety. According to these same experts, better relations between Washington and Moscow during the Trump administration will have a positive impact on Russia‘s relations with the West in general and significantly reduce Russia’s dependence on China. Russian-Chinese relations would preserve their closeness and trust, but with the improvement of relations between Moscow and Washington, they would become more balanced. As a result, Russia would have more room to maneuver with both Washington and Beijing.

E) Such a new approach may well turn out to be beneficial for the entire system of international relations in yet another area of foreign policy. Some politicians and analysts in Europe today believe that the United States should continue to play the role of “world police.” Otherwise, they believe, chaos and disorder will grow in the international system. Alas, this view does not correspond to the current realities prevailing in the world. Serving as the sole gendarme that restrains some countries, punishes others and rewards yet others is no longer reasonable for even such a rich and powerful country as the United States. Such a role costs much, but gives little in return. Trump, as a businessman, understands this very well; unlike professional politicians, he knows how to count money. To ensure global peace and stability, we need several—or even more—“policemen” who would not confront each other, but work together, share responsibilities and, if you like, manage spheres of influence to jointly ensure security in the world. The Congress of Vienna and the Yalta and Potsdam Conferences show that the world enters long periods of stability and predictability only when several countries share areas of influence and responsibility.

F) Of course, President Trump would face obstacles in implementing such a policy:

2) Some among both Republicans and Democrats in Congress might oppose such a policy. In the United States today, neoconservatives and liberal interventionists have formed a political alliance to prevent such shifts in U.S. policy.

3) Likewise, such a change would meet resistance in certain circles in western Europe and especially in Poland and the Baltic states.

Finally, it is difficult to say how far Trump is willing to go in rethinking U.S. policy in accordance with new U.S. capabilities. If he remains firm and consistent, as the election results showed, the American establishment, for the most part, will not support him, but the American people will almost certainly give their support. The latter gives some hope that Trump will be able, to a large extent, to implement his views on foreign and domestic policy. This would mean the actual end of the Cold War with Russia and the rejection of new Cold Wars with China or other emerging powers. It would also establish American leadership, not by suppression, dominion and punishment, but through cooperation with others and the division of responsibilities between major “policemen.”

Andranik Migranyan is a chief policy expert at Moscow State University’s Center for Public and Political Programs and a professor at the Moscow Institute of International Relations.