What Russia's Youth Are Thinking 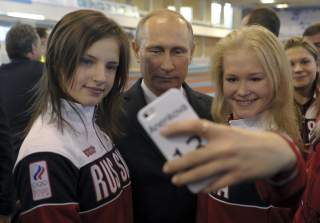 The politics of Russia’s youth are an enigma for most Western observers. No unified understanding exists among journalists, analysts and policy makers. Some are firmly convinced that the generation raised under President Vladimir Putin’s rule is the vanguard of the opposition, while others insist that young Russians are even more conservative than the population at large.

Surveys of public opinion indicate that Putin enjoys strong support among Russia’s youth. In December 2017, the Levada Center, the country’s foremost independent polling agency, found that 86 percent of Russians between the ages of eighteen to twenty-four approved of the Russian president. Similarly, a poll conducted by the state funded Russian Public Opinion Research Center (VTsIOM) after the Presidential election in March 2018 showed that 67.9 percent of Russian voters aged eighteen to thirty-four cast their ballots for Putin. Like members of older generations, many young Russians credit the Kremlin leader for restoring the country’s geopolitical status after the fall of the Soviet Union. “Thanks to [Putin] Russia overcame the consequences from the collapse of the USSR and rose to a new level,” stated Ekaterina Nikitina, a journalism student.

However, these numbers should not be taken as a sign that Putin’s policies go unchallenged by the Russian youth. Most of the young Russians that I spoke with heavily criticized their country’s president. A major complaint is that Putin’s unwillingness to step aside prevented a transition of power. “A President should not turn into a Tsar, and the country under [Putin] is moving towards the time when there was a Tsar,” said Mikhail Sein, a video-blogger and journalist. Another area of concern among those interviewed is that the Russian president is evolving into an ever more reactionary figure. Anastasia Labunets, a social activist for the Communist Party, bemoaned that Putin “began as a moderate liberal reformer and gave big hopes, but became a typical authoritarian leader in the end.” Finally, the Kremlin’s recent moves in the social sphere inspired chagrin. Referring to Putin’s broken promise to not raise the pension age, Sofia Malakhova, a book illustrator, asked “How can one feel about a person who directly stated that under his rule the pension age would not be raised?”

It also the case that Putin’s personal popularity does not translate to satisfaction with the Russian political system as a whole. Early last year, the Higher School of Economics, one of Russia’s leading universities, conducted a survey of over six thousand students from 109 different universities. The researchers found that young Russians have a low level of trust for most government officials. A list of the top eleven professions that Russian students most distrust includes Members of the Duma (66 percent), members of regional parliaments (65 percent), mayors (62 percent), and governors (61 percent).

The same study pointed to a widespread feeling amongst the Russian youth that there are serious problems in the country and that meaningful change is necessary. Of those surveyed, 69 percent are worried about the uncertainty of their Russia’s future and 75 percent supported political reforms in addition to economic ones. At the same time, 48 percent of the respondents opposed changes that would fundamentally alter the existing system. The rising generation of Russians, although dissatisfied with many facets of the status quo, lacks major revolutionary aspirations.

A topic widely reported on by Western media outlets is the significant role of Russia’s youth in recent anti-government protests. However, despite the strong showing from young Russians in protests last year, most of them are unlikely to take to the streets anytime soon. While some of the young Russians that I talked to were very politically engaged, most confined their political activity to checking the news. A similar conclusion is reached by the study from the Higher School of Economics, which shows that 64 percent of Russian students would not be willing to take part in a demonstration and that 72 percent deem protests as an ineffective means to achieve political change.

When it comes to their country’s foreign policy, young Russians offer starkly different assessments. Some, like Labunets, speak favorably of it. “Russia manages in most cases in international affairs to be on the side of fairness,” she contended. Others denounce the current approach as adventurism at a time when the country is experiencing dire internal challenges. Mikhail Nachevsky, a young aspiring politician who plans to run for the Moscow City Duma in 2019, argued, “In Russia there are demographic problems, problems with roads, there are entire communities without gas and sewage systems. Now more than ever, we must concentrate on the domestic situation in the country.” There were even those who found Putin’s approach insufficiently assertive. One student at a top Russian university called for a “more uncompromising” Russian foreign policy and declared that in place of the Kremlin leadership he “would act more decisively and radically.”

On Russia’s involvement in Ukraine and Syria, reactions also varied. Ekaterina Nikitina supported Crimea rejoining Russia but criticized the 2014 annexation as overly coercive. In regards to the military operation in Syria, Nikitina says, “I cannot understand at all why our country initiated any sort of military action there.” Artyem Terekhov, a libertarian scriptwriter described Russian actions in Ukraine after 2014 as “cruel” but stated that he found the situation in Syria more difficult to judge. Russia’s youth does not view foreign-policy issues in black and white. On the hot button questions, they are able to think for themselves and appreciate the nuances.

Their reaction to Trump is more mixed. On one hand, most young Russians find the American President to be a strange and distasteful personality. They expressed astonishment over the fact that a person like Trump could become president and used terms such as “clown,” “funny,” and “freakish personality” to describe him. Nevertheless, they expressed cautious optimism over Trump’s stated desire to improve relations with Russia. Russian youths want their country to have a better relationship with the United States, but question whether obstacles such as Congressional opposition, new sanctions, and the scandal over Russian interference in the 2016 election can be overcome.

Although young Russians hope that their country will find a mutual understanding with the United States, they do not support friendship at the expense of Russia’s great power status. Better relations “cannot be achieved through sanctions and threats,” contended Ekaterina Nikitina. She added, “The United States and Russia are two great powers which must respect and support each other.” Nikitina’s view is one shared by many of her peers. The survey of Russian students from the Higher School of Economics showed that 68 percent of them believe that Russia can only exist as a great power. A significant minority (40 percent) goes even further in asserting that Russia can only be respected if it is feared. Thus, there is little appetite amongst the next generation of Russians for major concessions on foreign policy.

While much of the Russian youth approves of Putin and opposes completely overhauling the status quo, it is not blind to the system’s problems. The rising generation is often critical of the Kremlin’s foreign-policy decisions, but shares its great-power aspirations. Consequently, although young Russians are receptive to the United States, they are unprepared to accept partnership at any price.