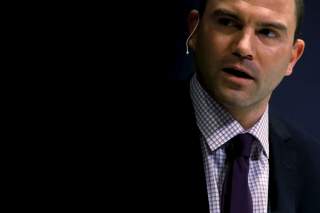 Ben Rhodes, the foreign policy advisor and speechwriter who was President Barack Obama’s aide for all eight years of his administration, is something of a villain in conservative national-security circles. Republicans in Congress and senior fellows in hawkish think tanks like the American Enterprise Institute and the Heritage Foundation don’t generally have pleasant things to say about him.

When Rhodes is mentioned on the right, he is usually described as an object of derision; not as a sober-minded foreign-policy thinker, but an extreme partisan and Obama loyalist who worked his public-relations magic to create an “echo chamber” and deceive the United States into a weak nuclear deal with Iran. On conservative talk radio, Rhodes is the spinmeister and “political operative” with an ends-justify-the-means compose who will lie, cheat, spin, or cover up the facts if it helped the Obama administration’s political advantage—even if the situation involves terrorists murdering four Americans in Benghazi.

But it is Ben Rhodes’s recollection of the Syria red-line debacle in his new memoir, titled The World As It Is, that has opened wounds that have never really healed. In an excerpt published by the Atlantic last week, the former deputy national-security advisor in charge of strategic communications took readers inside the Situation Room during nearly two weeks of stress and chaos as the White House was trying to come up with a response to Bashar al-Assad’s first major sarin has attack against civilians in Damascus. During the first few days after the chemical attack, Rhodes writes about the near unanimity among Obama’s senior advisers in support of an American military response. “I joined a National Security Council meeting where officials advised Obama, one after another, to order a military strike,” Rhodes recollects. One of those officials was Gen. Martin Dempsey, the chairman of the Joint Chiefs of Staff, who consistently opposed U.S. military intervention in the civil war in the months and years before the regime's sarin gas assault.

We know how the story eventually ended. Obama, increasingly doubtful about America’s capacity to change Syria’s dreadful situation for the better, concluded at the end of the process that the decision to launch military force should be left to Congress. Sensing through constituent calls and public-opinion polls that the American people were not supportive of jumping into a ruthless civil conflict in another Arab country, lawmakers in both parties wanted nothing to do with Syria. Once it was clear that lawmakers would not provide him authorization to proceed, Obama shifted to diplomacy with the Russians in order to get Assad to agree to dismantle his declared chemical weapons infrastructure. The “blob” of mainstream foreign-policy intellectuals, which Rhodes seemed to strongly disdain, reacted to Obama’s unwillingness to enforce his chemical weapons red-line as a moral and strategic catastrophe. By refusing to punish Assad for such an atrocity, they argued, Obama squandered U.S. credibility in the eyes of its allies; emboldened its adversaries to challenge the global rules of the road; and exposed Washington as a paper tiger.

Nearly five years removed from that episode, those feelings of contempt are still hovering over the establishment. Proponents of a multiday missile barrage on the Syrian regime in the summer of 2013 remain utterly convinced after all these years that the Obama administration dropped the ball when it counted. Indeed, the criticism has resurfaced in many of the reviews of Rhodes’ memoir; one review in the Washington Post blames Obama’s fixation with preventing another Iraq as the factor that pulled him from military action. In the New Yorker, veteran staff writer George Packer second-guesses Obama’s hesitancy to bomb Assad’s chemical and military facilities in September 2013, while seeming to use the lack of action as a cause of the violence in Syria that followed. “We don’t know what a missile strike against Assad in 2013 might have achieved,” Packer acknowledges, “but we do know what followed Obama’s refusal to enforce his own red line: more Syrian government atrocities (including the repeated use of chemical weapons), millions more Syrian refugees, the shift of European politics to the populist right, an emboldened Russia intervening militarily in Syria.”

The inside account offered by Ben Rhodes will have little impact on these arguments. Those who believed back then that striking Syria was the right thing to do will not waver from that viewpoint, even if there is a general realization that such an operation would not have done much to alter the course of the war. Even today, those who regard Obama’s Syria policy as a toxic brew of ineptitude and incompetence fail to explain with anything beyond untested assumptions and at times arrogance why it would be in the U.S. national-security interest to pursue one more regime change campaign in the Middle East despite America’s poor record this far; whether they could be confident that Assad’s successors would be self-styled reformers and pro-western democrats rather than extremists with a transnational agenda; why deposing Assad would have been worth the risk of possibly killing Russian or Iranian soldiers on the ground; how the United States should have responded if the Russians retaliated inside Syria or out; and what the strategy would have been if Assad called Obama’s bluff and launched even more chemical munitions at civilians. These were some of the very questions the National Security Council debated in the frantic days after the August 21, 2013, chemical attack. No action was taken partly because good answers were hard to find.

Intervention into the Syrian morass was a bad idea in 2013. It was a bad idea in 2016. And it remains a bad idea today. Many in Washington will refuse to accept that argument, claiming confident that by virtue of its indispensability, benevolence, and moral intentions, the United States has a special responsibility to act when an atrocities happens or a humanitarian disaster kills too many innocents. America is a superpower, thus it retains the power to hold the criminal perpetrators accountable and ensure a similar atrocity doesn’t happen again. If this were true, of course then, President Trump’s Tomahawk missile strike on a Syrian regime airfield in April 2017 would have deterred the Syrians from dropping more sarin and chlorine bombs on civilian neighborhoods a few months later.

The World As It Is is the perfect title for Rhodes’ memoir, for it illustrates the blunt nature of the world as an oftentimes cruel and unforgiving place where events can be immune to solutions imposed from Washington. The best we can often do is manage the problem. Ben Rhodes appears to have come around to learning that lesson. Will neoconservatives on the left and liberal internationalists in the center and center-left ever come to the same realization?