What the Ukraine War Really Means for China 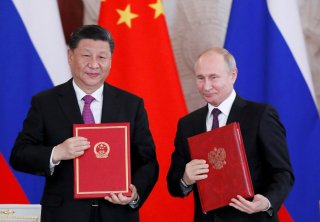 As China grapples with an upsurge in domestic problems, there is increasing speculation that it may attempt to bolster its position abroad. Will it seek to up the pressure on Taiwan and even contemplate an outright invasion? To what extent will it continue to back Russia against Ukraine? How will Beijing manage its relations with Washington? To address these critical questions, the Center for the National Interest hosted two leading foreign affairs analysts for a virtual discussion.

Graham Allison is a Douglas Dillon Professor of Government at Harvard University and served as Assistant Secretary of Defense in the Clinton administration. His latest book Destined for War: Can American and China Escape Thucydides’ Trap was a best-seller.

Lt. Gen (ret.) Wallace Gregson is Senior Director, China and the Pacific at the Center for the National Interest, former Commander, U.S. Marine Corps Forces Pacific, and a former Assistant Secretary of Defense for Asia and Pacific Security Affairs.

Jacob Heilbrunn, editor of the National Interest, moderated the discussion.