What Vietnam Expects from America 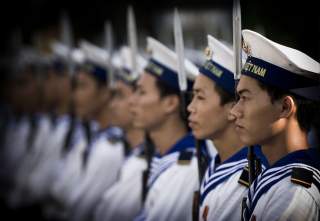 The dynamism of the fast-growing ties between Hanoi and Washington is intrinsically intertwined with the changing context of the Asia-Pacific region. It is widely acknowledged that the region is undergoing more dramatic changes than any other regions do. By 2020, ten out of twenty world’s biggest economies will be located in the Asia-Pacific, and over 1 billion people will be helped out of poverty thanks to aggressive reforms in many countries. The rise of China, India and the rest has produced far-reaching and profound repercussions not only in the economic, but also in security realms of the entire world. The worrisome developments on the Korean peninsular and in the East Sea (Vietnam’s version of South China Sea) are now a constant reminder of the fragile and hard-fought peace that the region has enjoyed since the end of the Cold War. While opportunities for economic cooperation abound, bigger security challenges are also looming. Lack of a pan-region governing body is arguably one important reason for that speculation.

Relations among major powers in the Asia Pacific are usually driven by both interests and to a lesser extent, values of each country, and by those that are shared. Yet there are also areas beyond the magnitude of national and bilateral interests. Issues such as regional peace and stability, freedom of navigation, and climate change require a more coordinated and integrated approach if they are to be dealt with more effectively and efficiently. No nation can be a loner in this fast-changing world, like Don Quixote with the windmill. The United States, China, Japan and India are expected to work together more closely to build and maintain a balance of power and a regional security architecture that benefit the whole community rather than fragmented groups of countries. The Association of Southeast Asian Nations and medium-powered countries, such as South Korea and Australia, should play a significant role in this scenario.

In word and deed, the United States projects itself as a “resident” power in the Asia-Pacific area. From “rebalancing” to a strategy under the Trump administration that is expected to take shape sooner rather later, the United States must assume a big role in what is described as the Asia-Pacific century. Vietnam, though smaller by size but with earnest aspiration, is promoting domestic reforms and pursuing a foreign policy of proactive international integration. As Vietnam’s deputy prime minister and minister of foreign affairs Pham Binh Minh put it at the Asia-Pacific Economic Cooperation Multi-Stakeholder Dialogue in Hanoi recently, the future of the Asia-Pacific is also Vietnam’s. An outward looking stance is well reflected in the robust development of Vietnam’s substantial foreign trade investment and trade sectors. The country is now party to twelve free-trade agreements while negotiating four others.

Since the normalization more than two decades ago, Vietnam and the United States have created one of the most impressive successful stories in history, given the bitter war that deeply divided the two countries hitherto, and the current fast and comprehensive growth in bilateral cooperation. Bilateral trade, for instance, has increased one hundredfold in that time span. Last year, the U.S. export to Vietnam grew by 43 percent. Defense and security ties are expanding in tandem with the overall bilateral relations and the common denominators of regional peace and stability. Cooperation also expands to other regional and global issues such as counter-terrorism, natural disasters, epidemics, cybersecurity and peacekeeping. Both countries highly value the role of Association of Southeast Asian Nations in the region and the association’s centrality in regional structures, including the East Asia Summit.

The fundamental geostrategic motivation behind the relationship between Vietnam and the United States is unique in a sense that it does not resemble a mutually characterized relationship. The rise of the Asia-Pacific region is working to the interests of all other countries, whereas myriad challenges are still threatening to undo accomplishments. However, the first driver of the Vietnam-U.S. relations is the common understanding that a successful partnership can only be realized with a constructive, balanced, inclusive and open approach. An exclusive thinking would not help the two countries economically and security-wise. The increasing bilateral maritime cooperation, for instance, is comprehensible along that line because it is also designed to work for such “public good” of the whole region as security and safety of sea lanes in the South China Sea. The joint statement issued during President Obama’s visit to Vietnam in 2016 makes clear that “the increasingly enhanced U.S.-Vietnam relations have positively contributed to the joint efforts of the international community in maintaining peace, stability, cooperation, and respect for international law in the region, and building a rules-based region.”

Second, in making sense of the geostrategy of the region, both countries have laid emphasis on a sustainable and long-term view of the partnership. It is definitely not a hit-and-run style of business that has been chosen. Strategically, Vietnam tends to nurture long-lasting relations with countries and partners, avoiding the categories of being either allies or fair-weather friends of any countries, and would not expect something different than that. Drawing on historical lessons—and perhaps for practical reasons—the United States is adopting a more nuanced perspective vis-à-vis smaller partners. The U.S. officials keep saying that their Navy’s operations in the South China Sea are “normal,” not provocative or “unfairly” targeting China. The United States tries not to play a bandwagoning short-term game with Vietnam or other Association of Southeast Asian Nations countries, and tries not to force them to choose sides between the United States and China. This newfound calibration must originate from Washington’s inclination toward “bigger games” and away from the presumably erstwhile “impatient,” “short-tempered,” “quick-fixed” American character. The Trump administration has now extended an invitation to Vietnam’s prime minister Nguyen Xuan Phuc to visit the United States, and pledged that President Trump will come to Danang to attend the Asia-Pacific Economic Cooperation Leaders’ Week. These positive signs serve as a testament to continuity instead of disruption in their bilateral ties.

The final geostrategic undertaking that drives Vietnam-U.S. relations is interests—not ideologies—that could be national, bilateral and/or regional as discussed above, depending on areas of cooperation or diversion. Vietnam’s general secretary Nguyen Phu Trong was in the Oval Office in 2015 when he and President Obama later issued a joint vision statement that says, “Looking toward the future of bilateral relations and building on the Comprehensive Partnership, both countries affirm their continued pursuit of a deepened, sustained, and substantive relationship on the basis of respect for the United Nations Charter, international law, and each other’s political systems, independence, sovereignty, and territorial integrity.” Ideologies remain important, but they are no longer a hurdle in Vietnam-U.S. partnership. The geostrategic rule of the road now is to work together for the guarantee of the shared peace, security and prosperity.

Ambassador Nguyen Thanh Chau is the former Permanent Representative of Vietnam to the United Nations.