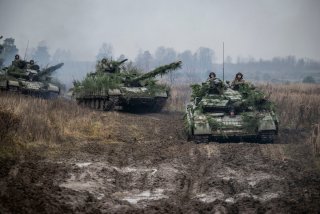 The war in Ukraine and the crisis it has triggered in Moscow’s relations with the West have had a major impact on the Russian political system. New laws banning criticism of official policies are being passed, publications and TV stations are being closed, and the general tone of Russian state media is growing harsher and more propagandistic. Are these changes what one would expect during wartime, or are they a reflection of more fundamental and lasting trends in Russian governance? If so, what are the implications for Vladimir Putin’s foreign policy?

On Thursday, March 17, The National Interest convened two outstanding analysts of Russian political developments, both of whom are regular contributors to TNI, to discuss Russian internal issues, Putin’s political future, and ways to end the Ukrainian crisis.

Konstantin Remchukov is the proprietor and editor-in-chief of Nezavisimaya Gazeta, a prominent Russian daily newspaper, and chairman of the Moscow Public Chamber, an influential advisory body to Moscow’s mayor. He also had a weekly program on the opposition-minded radio station Ekho Moskvy until its recent closing.

Anatol Lieven is a senior research fellow on Russia and Europe at the Quincy Institute for Responsible Statecraft and one of the most knowledgeable and widely respected scholars on Russia today. He is the author of multiple books on Russian politics and Russia’s relations with the West.