What Would Have Happened If China Never Went Communist? 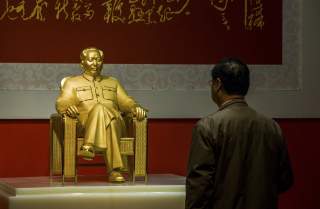 In December 2018, China celebrated the fortieth anniversary of Deng Xiaoping’s 1978 announcement that the Chinese Communist Party would set the country in a new direction toward reform and opening. Coming after thirty years of real socialism—during which factories were nationalized, farms were collectivized, and private businesses all but prohibited—the reform period threw socialism into reverse, at first slowly and cautiously, but gathering speed after the turn of the millennium.

Though China still clings to the rhetoric of “socialism with Chinese characteristics,” the country has now arguably been post-socialist for longer than it was ever socialist. The Communist Party still controls the government, the military, the banks, and key industries. Then again, that’s not so different from the situation in countries like Egypt, Ethiopia, Myanmar, Russia, Rwanda, Saudi Arabia, or (until recently) much of Latin America.

The military-party-state-industry nexus is the norm in middle-income developing countries, not the exception. China, led first by the “capitalist roader” Deng Xiaoping (Mao’s words, not mine) and later by the billionaire tycoon Xi Jinping (New York Times), has merely reverted to form. Imagine for a moment the Nationalist warlord Chiang Kai-Shek had won the Chinese civil war. Would the country look much different today?

So while the Communist Party regularly takes credit (and is routinely given credit in the Western media) for lifting “700 million people out of poverty,” really all it has done is stop keeping them in poverty. India is now starting to do the same—stop impoverishing its people—and so is following in China’s footsteps. The only real difference is that in India’s multiparty democracy, no one party is able to take credit for that accomplishment, such as it is.

There’s no doubt that most people in China live much better lives as a tanigble result of forty years of opening and reform. But measured in strictly economic terms, right-wing military dictatorships in South Korea and Taiwan performed even better. And those right-wing military dictatorships ultimately liberalized in the late 1980s, at exactly the time when China’s Communist Party decided to double down on repression. As a result, South Korea and Taiwan are both vibrant democracies—in addition to being much richer than China.

It’s certainly a good thing to be less bad than you were before, and the Communist Party of China mismanages the Chinese economy to a lesser extent than it did forty years ago. That’s progress. But managing an economy to the level (roughly) of Mexico’s GDP per capita is no great achievement. And with all the crises piling up for the Chinese economy, it’s likely that it won’t grow any further anytime soon.

Meanwhile, inequality, social relations, and even marriage customs seem to be returning to pre-1949 norms. Foot binding is gone, but household servants and son preference are back. It’s like China made a huge communist detour just to end up right back where it started, only with different families in charge. Some of them may even be the same families, only in new clothing. China’s supreme leader Xi Jinping can bask in the anniversary spotlight for now. But in the twenty-first century, any country that still has a “supreme leader” still has a lot of growing up to do.