What Would the Athenians Think of Recent U.S. Navy Mishaps? 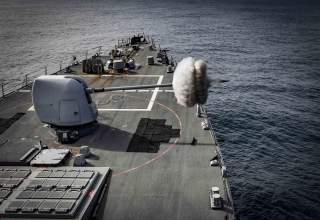 U.S. Navy Leaders Should Drink Hemlock! Some of them, I mean. Figuratively.

That would be the Greek approach to solving the navy’s woes, at any rate. Take Athens. Ancient Athenians were hypersensitive about individual accountability. Athenians enforced accountability remorselessly, and these radical democrats seldom did things halfway. They went to extravagant lengths to hold public servants to account for deeds done, or left undone, in public service.

One wonders what Athenians would make of the recent spate of accidents involving American ships of war. In all likelihood, judging from classical history, they would come down hard on top leadership for foreseeably bad decisions that contributed to this time of troubles.

That would fit the pattern from antiquity. Athenians made a habit of trying their strategoi, or elected generals, for slipshod or corrupt performance during their tenures in charge of ground or naval forces. According to Davidson College classicist Peter Krentz, every general underwent an annual performance review, or euthyna. A bad review could precipitate an indictment. Or, an Athenian citizen could levy a serious complaint during the commander’s term of service, setting an eisangelia indictment in motion even before his term expired.

Trials were far from uncommon in Athens, even amid the clangor of war. And fearsome penalties awaited strategoi found culpable for misdeeds. Fame exempted few from scrutiny. Even legendary figures—Themistocles, founder of the Athenian navy; Pericles, the city’s first citizen; Alcibiades, Athens’ playboy general—found themselves subjected to prosecution. Tribunals impeached big names for supposed transgressions.

Military commanders adjudged inept, or corrupt, or otherwise wanting could be sentenced to imbibe poison—and that was the pleasant way to go. Athenian politics empowered jurists to levy genuinely gruesome sanctions to punish malfeasance.

In the later stages of the Peloponnesian War, in fact, the ruling Athenian Assembly tried the victors from a major naval engagement, at Arginusae, because foul weather prevented the fleet from retrieving the corpses of slain seamen for proper burial. Victory was no excuse for neglecting one’s religious duty. Nor did wrathful assemblymen content themselves with rebuking the strategoi. Their verdict: the fleet’s overseers must drink hemlock. And so they did.

That took official accountability too far. Athens was trying to recoup its losses from previous defeats. Decapitating the Athenian naval leadership hurt the city’s battle prospects at the same time rival Sparta was making itself into a deadly seaborne foe. Spartan ground-pounders rode the bounding wave with mounting confidence, and would ultimately triumph at sea after joining forces with Persia. The assembly acted against the strategoi anyway. Inquisitors ran amok—and courted martial disaster.

Anti-corruption measures are praiseworthy, then, but they shouldn’t be a suicide pact. There exist practical reasons to exercise temperance when conducting an inquest. Some classical wisdom for U.S. Navy investigators: go about your work zealously without yielding to zealotry.

Fortunately, this is peacetime. The navy need not literally embrace Greek remedies for failings plaguing the surface fleet—troubles that likely played some part in the recent string of collisions and groundings in the Far East. Hemlock fell into disfavor among jurists some time ago. A Greek outlook on such matters, however, is altogether worth embracing. Specific penalties aside, think about it. Officers of junior or middle rank cannot escape punishment for crashing a ship or plane. That’s one unit, comprising a trifle of the navy’s combat strength. Why should admirals or their political masters—the strategoi of our age—escape censure for decisions that harm the institution as a whole, degrading its fighting prowess while bringing disrepute on its good name?

They shouldn’t. Consider the consequences of top-level failure. Hulls can be patched, equipment replaced, tactics or procedures amended. Besmirching the navy’s reputation for seamanship and tactical excellence, on the other hand, carries strategic and diplomatic repercussions. If allies and friends doubt us and antagonists no longer fear us, where will America be? In a bad place. If allies cannot count on American promises, they may look elsewhere for security. They might even make their peace with emerging red teams if they see no other recourse. Deterrence will fail vis-à-vis the Chinas, Russias and Irans of the world.

That’s why inquiries into U.S. Navy travails must not exempt past leaders from scrutiny, any more than Athenian magistrates excused Themistocles, Pericles, and Alcibiades. To the contrary: investigators should concentrate their efforts on yesteryear. Today’s leadership is trying to cure maladies that were a quarter-century in the making.

Collisions, groundings, and so forth represent mere symptoms. The Navy Staff has commenced looking into the immediate, micro causes of accidents involving USS Lake Champlain, Antietam, Fitzgerald and John S. McCain. Culprits could include anything from equipment failures to crew fatigue to simple error—or beyond. Finding local problems and instituting countermeasures would apply a palliative.

Early this month, though, Secretary of the Navy Richard Spencer chartered a civilian-led Strategic Readiness Review to probe for macro problems contributing to recent travails. Strategic Readiness commissioners need not start from scratch with their inquiry. To wit: the 2010 “Balisle Report” on surface-fleet readiness supplies an objective baseline for measuring whether conditions have improved in recent years, regressed further or stagnated. Its impartial standing promises to ameliorate the political taint characteristic of Greek judicial proceedings.

It is a damning document. Compiled under the supervision of retired admiral and engineering whiz Philip Balisle, the report details how decisions dating to just after the Cold War helped drive fleet training and maintenance to its present parlous state. Admiral Balisle’s Fleet Review Panel looked back a decade from its inception in 2009, and on occasion a mite further. The panel concluded that the surface fleet’s readiness had “degraded” since 1999 not because of “a single decision or policy change,” but as “the result of many independent actions.”

The compounding effect from many small erroneous decisions, that is, gave rise to havoc for the institution as a whole. First of all, the panelists note that the navy shortchanged ship crews on manpower. In 2001 the navy leadership instituted a program euphemistically dubbed Optimum Manning. Better—and more accurately—known as “minimum manning,” the initiative allocated enough crewmen to fulfill watchstanding requirements. In other words, a ship was assigned enough officers and enlisted to navigate and pilot the vessel, operate sensors and weapons and steam the engineering plant.

Makes sense—except, as the panel observes drily, Optimum Manning paid no attention to manpower needed for shipboard maintenance, and thus assigned none. Navy crews have made a tradition of keeping up and fixing their own gear, except for major jobs that exceed their expertise or on-board repair shops’ capacity. Optimum Manning broke that tradition. In so doing crew sizes “were reduced to levels well below the requirements identified in ship design and, particularly, below the levels required to support material readiness requirements.”

Two interlocked principles underlay the initiative: one, ships would be provided enough manpower to operate at sea, and two, shore maintenance facilities would overhaul gear that crews could no longer overhaul themselves. The problem? Notes the Balisle Report: “These principles were never achieved.” Crews shrank—but so did the shore facilities that were supposed to take up the slack.

That left no one to do the work. Ship crews made shift as best they could. “The cumulative effect of these actions,” reports the Fleet Review Panel, was that minimally manned vessels could no longer “maintain an acceptable level of shipboard material readings, especially corrosion control.” Equipment failures mounted. Hulls rusted. Critical systems—firemain and fuel and water tanks in particular—decayed into “wide disrepair” throughout the force.

Athenians would recoil. They knew from hard experience that their city-state lived or died by the skill, élan, and material condition of their navy. Mariners thus went to extravagant lengths to preserve their triremes—the battleships or aircraft carriers of their day—from the ravages of weather and saltwater. They would show little sympathy toward those who slight the basics of material upkeep.

Second, the U.S. Navy leadership denuded ship crews of not just sailors but knowledge. In 2003 the navy directed the Surface Warfare Officers School to cancel its Division Officer Course. Junior officers headed to their first ships historically spent about six months at the schools in Newport or Coronado, acquainting themselves with the fundamentals of navigation, weapons, engineering and naval tactics. (Even that was far than generous compared to the year-plus of training provided to newly commissioned submarine officers and naval aviators.)

After the Division Officer Course shutdown, newly commissioned ensigns were handed a box of CD-ROMs, sent to their ships and told to learn it themselves. Just imagine the results were submariners expected to learn nuclear physics for themselves before operating nuclear power plants, or aviators expected to teach themselves aerodynamics before taking to the skies. Yet the 2003 navy demanded that budding surface-warfare officers do the equivalent.