When America's Enemies Are Also Its Friends 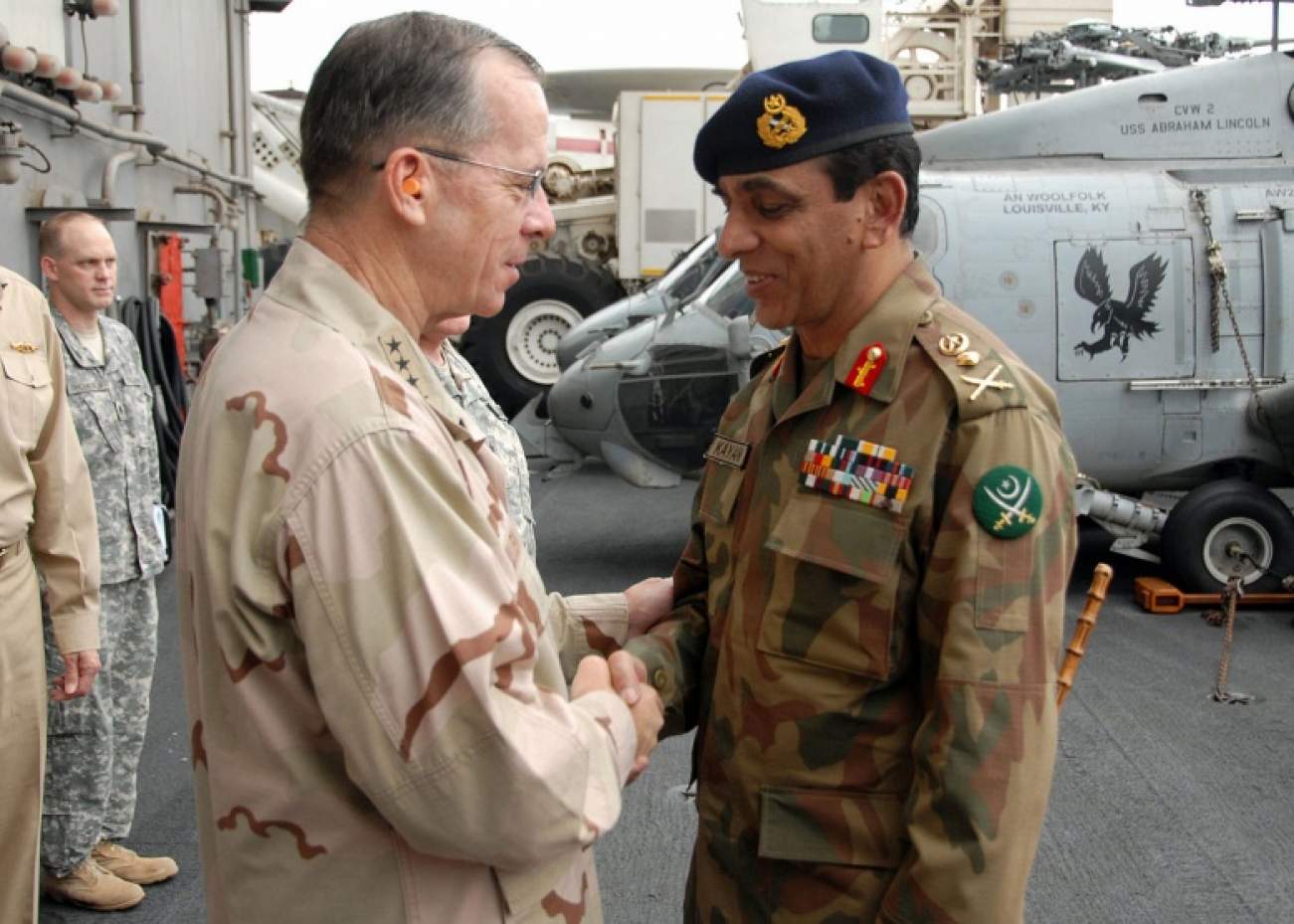 President Obama’s May 28 commencement address at West Point outlined his administration’s framework for addressing twenty-first century national-security challenges. “We should not go it alone,” the president said. Instead, when faced with the need to act—whether it be military strikes, sanctions, or moral weight—Obama said that “we must mobilize allies and partners to take collective action.” In light of the dramatic advances recently made in Iraq by the Islamic State of Iraq and the Levant, an al-Qaeda offshoot, Obama may even be preparing to enlist the Islamic Republic of Iran as one of those partners.

The possible willingness to partner with a state sponsor of terrorism that has targeted American interests over more than three decades highlights growing challenges to the U.S.’s approach to critical national-security issues—and, indeed, a problem within our existing alliances.

Tensions and imperfect alliances are, of course, common in foreign policy: Every country maintains cordial or even close diplomatic ties with others despite significant disagreements. There are numerous examples of countries maintaining a trade relationship even when their foreign policies clash. Washington’s relationship with China is a prime example. But countries that can be considered allies, adversaries and enemies (AAEs) simultaneously are different from the kind of conflicted relationships to which the U.S. is accustomed. We consider the AAE phenomenon important enough that we edited a recently published volume for the Foundation for Defense of Democracies focusing on this problem.

An ally is a state that cooperates with another for a particular purpose, military or otherwise. The distinction between adversary and enemy is somewhat subtle, yet real. When a state is an adversary, there is a real clash of interests or values, but room for compromise. As Michael Ignatieff, a former leader of the Liberal Party of Canada, put it (albeit in the context of domestic politics), “today’s adversary could be tomorrow’s ally.” In contrast, Ignatieff describes an enemy as “someone you have to destroy,” and rather than being laudable, compromise with an enemy “is appeasement.”

Put another way, a state would like to best its adversary but not destroy it, while conflict with an enemy is a zero-sum game. During the Cold War, the People’s Republic of China became a U.S. adversary rather than an enemy following President Richard Nixon’s 1972 visit, which helped produce the normalization of relations between the United States and China. The Soviet Union, in contrast, was an enemy—although the U.S.-Soviet relationship may have evolved into that of adversaries toward the end of the Cold War, when Mikhail Gorbachev’s reforms produced a thaw.

Today, an increasing number of countries are none of the above. Or, perhaps, they are all of the above, behaving as allies, adversaries, and enemies all at once.

Consider the case of Pakistan. Prior to the 9/11 attacks, the U.S.-Pakistani relationship went through several sharp oscillations. Relations between the U.S. and Pakistan had soured by the end of the 1970s because of a coup that brought Gen. Mohammad Zia ul-Haq to power, as well as U.S. concerns about Pakistan’s pursuit of a nuclear weapon. But when the Soviet Union invaded Afghanistan in December 1979, Pakistan was transformed from pariah into critical strategic asset. The U.S. and Saudi Arabia channeled enormous sums of money and weapons to Pakistan’s Inter-Services Intelligence directorate (ISI) to support Afghanistan’s anti-Soviet mujahedin factions. Pakistan’s strategic importance declined significantly after the Soviet withdrawal and end of the Cold War, after which American planners (inaccurately) viewed events in Afghanistan as a third-tier problem. Just before the 9/11 attacks, Pakistan had again become a pariah for the same reasons that its international status had plummeted in the late 1970s: nuclear issues (it tested a nuclear weapon in 1998) and a military coup (by Gen. Pervez Musharraf).

But the 9/11 attacks again transformed Pakistan into a vital strategic partner due to its geographic proximity to Afghanistan. American planners wanted to route supplies for military operations in Afghanistan through Pakistan and ensure that Pakistan ended its support for Islamist militancy. The U.S. thus provided Pakistan with billions of dollars in aid after the onset of its war in Afghanistan.

Pakistan did, in part, act like an ally. It allowed International Security Assistance Force (ISAF) logistics to be routed through its territory, and at times provided the United States with valuable intelligence. But it also acted as an adversary, a fact best exemplified by al-Qaeda leader Osama bin Laden’s long-term presence in Abbottabad. The U.S. didn’t notify Pakistan before carrying out the raid that killed bin Laden in May 2011 due to concerns that al-Qaeda’s leader might learn of the imminent strike. Further, the proximity of bin Laden’s compound to the Pakistan Military Academy made U.S. planners suspect that knowledge of his location was more widespread within the Pakistani government than that country’s establishment let on.

Pakistan’s support for Islamist militancy completes the AAE trifecta: Even while Pakistan allowed ISAF’s supplies to pass through its territory, elements in Pakistan supported the Taliban and other insurgents. In this way, Pakistan functioned as a U.S. enemy, bearing direct responsibility for the deaths of American servicemen and many others.

The U.S. fought an impossible war in Afghanistan because Pakistan was arguably both its most critical ally and also its most deadly state enemy. When Pakistan armed Afghan mujahedin during the Soviet Union’s war in Afghanistan, at least the Soviets weren’t providing Pakistan billions of dollars in aid at the same time.

In short, Pakistan’s actions during the Afghanistan war surpassed the complexity of the U.S.’s other post-World War II relationships—and there were plenty of complicated relationships during the Cold War. The U.S. never figured out how to adjust.

Saudi Arabia is likely America’s longest-standing AAE. The desert kingdom’s massive oil reserves have always stood at the heart of the U.S.-Saudi relationship, and have given the monarchy enormous leverage. There were, of course, mutual advantages to the U.S.-Saudi relationship. During the Cold War, the U.S. provided a “security umbrella” over Saudi Arabia and other regional monarchies to prevent Soviet incursions. In return, Saudi Arabia kept its oil flowing and served as a bulwark against communism. At times it played an even more active role, as when Saudi donations to the mujahedin matched those of the U.S., dollar for dollar, during the Afghan-Soviet war. As a further part of its anti-Soviet efforts during that conflict, the monarchy even increased its oil production to drop worldwide prices and thus undermine Russia financially.

But there were also significant costs to the relationship with Saudi Arabia. Washington looked the other way for decades while Saudi petrodollars funded schools, charities, and other institutions that spread the intolerant and frequently violent Wahhabi creed. It was, however, impossible to continue looking the other way after the 9/11 attacks, and Saudi Arabia’s international Wahhabi infrastructure came under severe scrutiny. Washington demanded that Riyadh dismantle its terrorist-funding charities and neutralize the vitriolic anti-Western rhetoric of Wahhabi institutions. The Saudis made some progress, albeit imperfect. Saudi Arabia, for example, stepped up its fight against al-Qaeda’s local presence after its oil facilities were targeted. Terrorist financing emanating from Saudi Arabia has declined but not ceased.

Other countries straddle the line between AAEs and more traditional complex foreign-policy relationships. For the wealthy Gulf emirate of Qatar, one reason the country’s categorization as an AAE is unclear is a dearth of information about the precise contours of its relationship with jihadist groups. As more information about Qatari policies comes to light, it may turn out that the monarchy can more clearly be categorized as an AAE.

Following its independence in 1971, Qatar was an afterthought in the international order. Its importance skyrocketed in the 1990s based primarily on energy export-driven wealth that would make the emirate’s tiny population the richest in the world per capita. Qatar’s strategic geographic location also bolsters its standing. Qatar hosts the massive Al-Udeid Air Base near Doha, which is the United States Central Command’s (CENTCOM) forward headquarters, and arguably America’s most strategic asset in the Middle East.

But there are also significant areas of concern. U.S. officials have been alarmed by Qatar’s undeniable preference during the Arab Uprisings for supporting Islamist groups, and by its hosting and financial backing of Hamas. Then there is the question of whether Qatar is supporting salafi jihadist groups in Syria and beyond. The emirate has had disturbing associations of this kind dating back to the 1990s, when members of the Qatari government provided various means of support to Khalid Sheikh Mohammed (KSM), the mastermind of the September 11 attacks. Although there is ambiguity in the evidence, there is reason for suspicion about Qatar’s current policies related to jihadist violent non-state actors.

The first step for Washington to reenergize its multilateral problem solving is to appreciate that something unique, though not wholly unprecedented, is happening. Foreign-policy thinkers in and outside government recognize that many relationships are complex, but the grey areas with which analysts are accustomed don’t fully account for this new phenomenon.  And the problem is growing. The United States increasingly relies on countries that pose direct or indirect threats to Americans.