“When In Doubt, Blame the Intelligence Community” 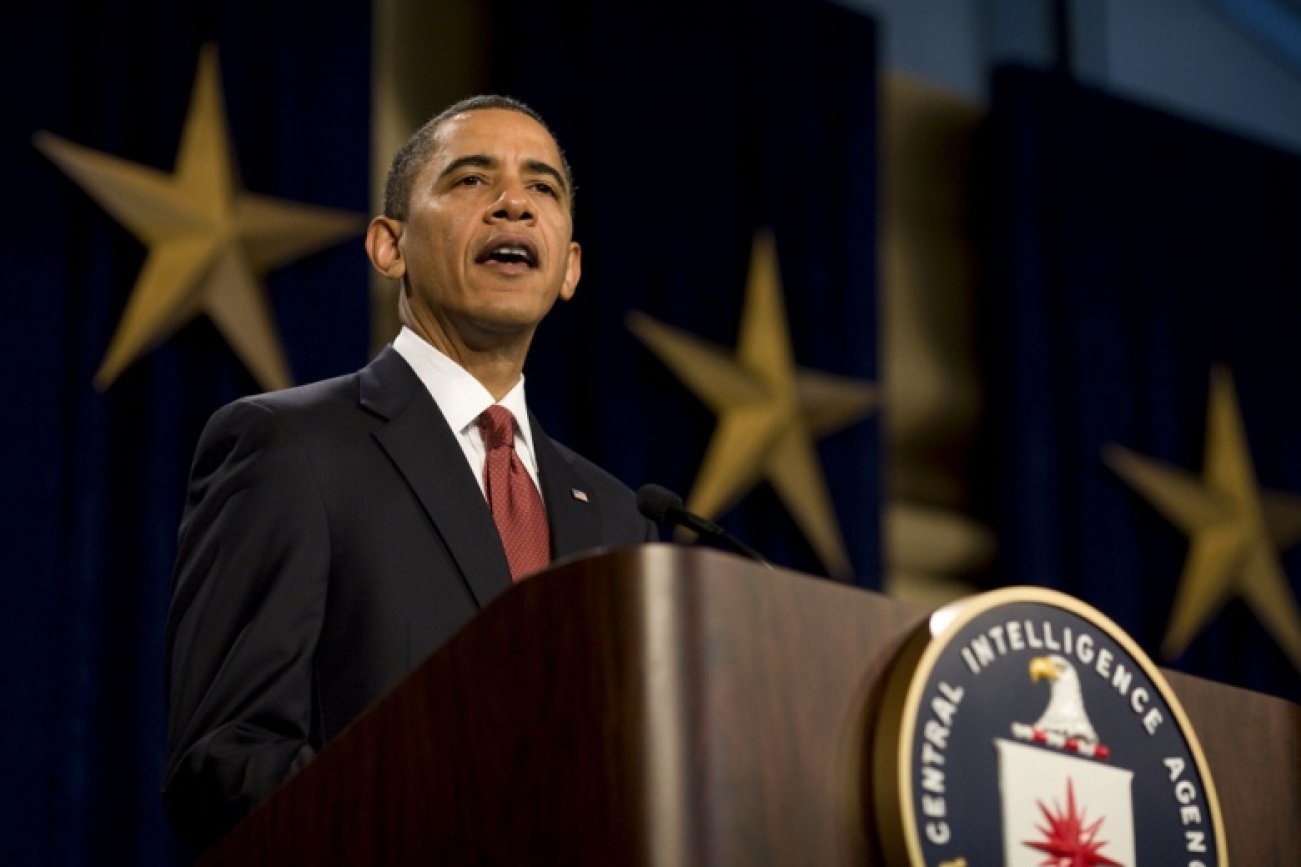 Did the president of the United States blame the U.S. intelligence community for failing to keep him and his national-security advisers informed about the growing strength and rising danger posed by the terrorist group known as the Islamic State? That was the line of questioning that a number of reporters at the White House—including ABC’s Jonathan Karl, CNN’s Jim Acosta and Fox News’ Ed Henry—were pursuing during last Monday’s daily briefing.

The context for all of this, of course, involves President Obama’s exclusive interview with the CBS program 60 Minutes. In response to a question from 60 Minutes correspondent Steve Kroft as to whether the United States was surprised about the Islamic State controlling so much territory in Iraq and Syria, President Obama referred to the words of James Clapper, the Director of National Intelligence, instead of answering the question himself.

“Well I think, our head of the intelligence community, Jim Clapper, has acknowledged that,” Obama said. “I think they underestimated what had been taking place in Syria.”

To administration officials, like Press Secretary Josh Earnest, this was merely an attempt by the president to reiterate what Director Clapper himself said during a sit-down with David Ignatius of the Washington Post—nothing more, and nothing less. Earnest tried to smooth things over in the White House briefing room by stating unequivocally that “the president continues to have the highest degree of confidence in our intelligence community,” and he seemed to imply that even the best intelligence analyst in the world would find it difficult to assess the “speed and pace” that the Islamic State has exhibited in Iraq and Syria over the past two months.

Republican lawmakers, like Speaker John Boehner, accused President Obama of trying to fault others for the ascendance of the one of the richest terrorist groups in contemporary history. House Intelligence Committee Chairman Mike Rogers seconded those comments and stood up for the intelligence community, arguing that analysts across the U.S. Government were warning about the Islamic State for over a year.

So is President Obama in fact trying to sidestep blame? And perhaps worse, is he diverting the blame onto the CIA, DNI and Pentagon in order to escape the embarrassment of being caught flat-footed on the top national-security issue of the day?

Well, if he has, President Obama would not be the first Commander-in-Chief to do so. President George W. Bush’s administration—often through senior officials like Dick Cheney, Donald Rumsfeld, Colin Powell, Paul Wolfowitz and Condoleezza Rice—was just as likely to ditch the whole “compassionate conservative” mantra when embarrassing policy failures had the potential of hurting the White House at the polls. Whether the subject included the inability to prevent the September 11 terrorist attacks (despite warnings from the intelligence community) or the terrible fiasco revolving around the absence of Iraq’s WMD’s, Bush’s advisers often opted for the familiar Washington parlor game of “pass the buck”—especially if it was an election year.

Putting the fault on the intelligence community is an easy thing for policy makers and politicians to do—not only does it absolve them of any responsibility when a mistake is made, but it also pins criticism on intelligence professionals who are not likely to fight those accusations on the record (anonymous sources are a different story entirely). The perfect illustration of this phenomenon can be found two months after U.S. forces invaded Iraq and toppled Saddam Hussein’s regime. When it turned out that Saddam did not in fact purchase uranium from Niger—otherwise referred to as the “sixteen words” in Bush’s 2003 State of the Union address—President Bush batted away the mishap by essentially calling out “the intelligence services” for including a piece of information that was erroneous and passed on by an unreliable source known for forgery. Put on the spot, CIA Director George Tenet acted like a good soldier and expressed that he and his agency alone were at fault.

Six months later, chief weapons inspector David Kay returned from Iraq without finding the chemical-, biological- and nuclear-weapons infrastructure that the Bush White House used as one of the main reasons for overthrowing Saddam and demolishing his regime. Again, the CIA’s leadership found themselves back in the crosshairs when the national press began to question the validity of the administration’s WMD claims. For the second time in less than a year, George Tenet shouldered the blame—this time during a presidential election year.

The 2006 midterm elections weren’t any different. At that time, the Iraq war was the biggest campaign issue in the entire country, above and beyond any domestic priority. The war in the fall of 2006 was going terribly: dozens of U.S. soldiers were dying every month, Al Qaeda was essentially running the show in western Iraq; Baghdad was awash in sectarian violence, executions, torture and sheer panic; and ethnic cleansing was changing the Baghdad landscape at an unprecedented rate. Sensing their vulnerabilities at the polls, lawmakers who voted for the Iraq war and were trying to keep their seats complained about the inadequate and poor information that they received from the intelligence community on the eve of the war. The agency never truly got from under the WMD cloud until Iraq began to stabilize in the fall of 2007. Even so, Vice President Cheney would not relent on his own criticisms even after he left office, hammering the CIA for faulty assessments in his autobiography (As Director Tenet would say during his own 60 Minutes appearance in 2007, “as if [Cheney] needed me to say ‘slam dunk’ to go to war with Iraq”).

Even in instances when the intelligence community did provide accurate reports to the Bush administration, such as the highly-prescient August 6, 2001 presidential daily brief titled “Bin Laden Determined to Strike In the U.S.,” Bush officials like Condoleezza Rice tried to save their own skins by arguing that the document did not specifically mention that attacks inside the homeland were imminent or that Al Qaeda was preparing to execute an attack on the World Trade Center and the Pentagon with four commercial aircraft.

None of this is to shield President Obama or his advisers from their share of the consequences. If the intelligence community was surprised by the speed, scope and power of the Islamic State, so were President Obama and his National Security Council, and no amount of spin will be able to convince people otherwise. Yet, if indeed the Obama White House is trying to distance itself from what they describe as an intelligence failure, we should be under no illusions that this is the first administration that has used this tactic.

Consumers of intelligence (i.e. policy makers) are either incredibly naïve about the inherently imperfect nature of the intelligence business, or they are being deliberately disingenuous when they express shock and outrage that the CIA, NSA, DIA or ODNI were not 100 percent right in their assessments and predictions. As any intelligence professional will tell you with complete candor, the intelligence business is not perfect and is often hindered with elements—inadequate resources, limited information, an overly tired workforce—that make a difficult job even more difficult.

Taking all of this into account, politicians need to understand that as dedicated and talented as the U.S. intelligence community is, mistakes will inevitably be made in the process.