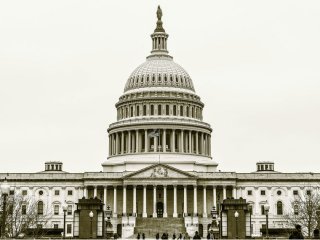 Is there a deficit of American leadership? Critics of the Obama administration can be found blaming everything from the rise of ISIS and China’s provocations in the South China Sea to Russia’s seizure of Crimea and intervention in Ukraine on American weakness and indecision.

A case can be made, however, that America’s most consequential leadership deficit is on the side of what Harvard’s Joseph E. Nye calls “soft power.” Under Republican and Democratic presidents and Congresses alike, the United States no longer proposes imaginative new institutions or collaborative regional or global projects that can inspire people in other lands. Instead, American foreign policy has become overly militarized. We Americans tend to view the world almost exclusively through the lens of national security, and to measure American leadership by drone strikes and foreign body counts.

Meanwhile, other great powers have been filling the civilian soft-power vacuum. China, in particular, has been busy in soft power projection even as it has been building up its hard military might. China’s “One Belt, One Road” strategy, combining the “Silk Road Economic Belt” with the “Twenty-First Century Maritime Silk Road,” is a strikingly ambitious plan for Sinocentric Eurasian integration through investment in overland and maritime infrastructure. China’s new Asian Infrastructure Investment Bank (AIIB) proved so attractive that U.S. allies like Britain signed up, over Washington’s objections. And China has been a key player in summits among the BRICs (Brazil, Russia, India, China), which have produced the New Development Bank (formerly the BRICs Bank) as an alternative to the Western-dominated World Bank and International Monetary Fund.

It is true that the combined resources of the United States and Europe remain immense. But it ought to concern policymakers in Washington that rising powers like China and India and Brazil are collaborating to build elements of a new international architecture without the participation of the United States or its major allies.

America’s own arrogance is largely to blame. Following the Cold War, Washington did not see fit to create a new set of global institutions that would join former adversaries like China and post-Soviet Russia, as well as rising powers like India and Brazil, with the United States and its rich, aging allies in Europe and East Asia. Instead, China and other rising powers were told they were on probation and had to prove that they were “responsible stakeholders” (the phrase comes from Robert Zoellick). If they behaved, they would be admitted to the Western-dominated club called “the liberal world order,” whose basic rules had already been written by Americans and Europeans and could only be ratified, not amended.

Another problem is that America’s trade and aid policies tend to be used to reinforce U.S. military alliances, rather than as part of a strategic vision of global and regional development. For example, the purpose of America’s recent free-trade agreements (FTAs) has been to provide economic benefits to U.S. allies. The strategic significance of South Korea, Jordan and Panama—all rewarded with FTAs—is obvious. With the Transatlantic Trade and Investment Partnership (TTIP) Washington seeks to use trade deepening to reinforce NATO. Similarly, the Trans-Pacific Partnership (TPP) is a transparent attempt to bolster a U.S.-led anti-Chinese alliance by means of deeper economic integration among U.S. allies and client states.

Other civilian aid that the United States offers for development is often too small to be effective. For example, President Obama’s Power Africa initiative, intended to double electricity access in sub-Saharan Africa, involves a mere $7 billion. In the words of a recent New York Times story, Power Africa is “largely aspirational.”

It is hardly surprising that, as the United States has withdrawn from its older promotion of global economic development, China has partly filled the gap, by means of foreign aid and international lending institutions like the new AIIB. Some in Washington and the West have denounced China for providing aid to non-democratic regimes. But that’s exactly what the United States did in the mid-twentieth century. President Eisenhower offered U.S. aid to Egyptian dictator Gamal Abdel Nasser, before withdrawing it when he turned to the Soviets. Most of the Kennedy administration’s Latin American partners in the Alliance for Progress were dictatorships. It would be nice to get rid of autocracy and malaria, but getting rid of malaria does not have to wait on getting rid of autocracy. The idea that the United States should do business only with liberal democracies was a product of post-Cold War triumphalism, and one that has never been consistently pursued, as witness America’s alliance with the odious regime in Saudi Arabia.

If the United States wants to restore its soft power in this arena, it has to reject post-Cold War dogmatism. In promoting the growth of a global middle class that can help revive the stagnant world economy, Washington will sometimes need to work with nonliberal and nondemocratic regimes, as well as with democratic regimes like those of India and Brazil, which reject Thatcher-Reagan dogmas about the minimal role of the state in the economy.

In addition to developing a civilian global grand strategy that represents more than the economic reinforcement of military alliances, the United States needs a regional civilian geoeconomic strategy. For example, American policymakers could propose an equivalent to China’s Eurasian strategy in the form of greater North American integration. NAFTA was typical of its post-Cold War moment in its essentially negative emphasis on removing barriers to trade and investment, without any accompanying program of substantial pan-North American investment in infrastructure. Why not propose a North American version of “One Belt, One Road” that would leverage private capital to modernize infrastructure—new and expanded highways, oil and natural gas pipelines, integrated electric grids-- from the Canadian Arctic to Central America?

Won’t the taxpayers refuse to pay vast sums for American-led projects of regional and global development? They won’t have to. The world is awash in private and sovereign wealth fund capital, looking for safe investment opportunities. By creating new transnational investment facilities like the AIIB, or expanding existing ones, and by means of agencies like the Export-Import Bank of the United States and the Overseas Private Investment Corporation (OPIC), the United States and other governments can lever a huge amount of private capital for public investment with a small contribution of public funds.

Won’t the American right block any such projects? Most conservatives, like most progressives, follow their leaders rather than a fixed ideology. If trusted conservatives declared that ambitious soft-power initiatives were in America’s national interest, all but the most die-hard libertarians might follow them. The recent reauthorization of the Export-Import Bank by the Republican-controlled Congress, in spite of opposition by the extreme right, is encouraging.

Thwarting Salafist jihadists and securing America’s borders and workplaces against illegal immigration are necessary. But defining foreign policy solely in terms of security threats rather than economic opportunities will cede the initiative in geoeconomics to other great powers. What is more, the United States and its traditional allies will only fail if they try to dictate the rules of world order without the participation of China, India and other major non-Western powers of the twenty-first century. Having largely abdicated the competition for global civilian leadership, it is time for the U.S. to get back into the game.

Michael Lind is co-founder of New America, a contributing editor to the National Interest and author of The American Way of Strategy.