Where Are U.S.-Russia Relations Headed? 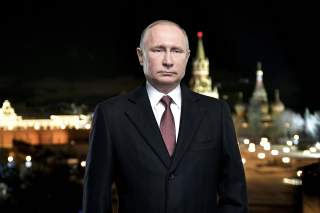 Editor’s Note: Paul Saunders, executive director of the Center for the National Interest, interviews Andranik Migranyan, a professor at the Moscow State Institute of International Relations (an academic institution run by the Ministry of Foreign Affairs of Russia) about the future of U.S.-Russia relations.

Paul Saunders: Let me start with Ukraine. The Trump administration recently approved the sale of certain lethal weapons to the Ukrainian government. You are familiar with a number of senior Russian officials. Do you expect the Russian government to react to that, and if so, how?

Andranik Migranyan: I’m sure the Russian government will react and the Russian government has already reacted. I think the Foreign Ministry made a statement. A representative from the government made a statement on this issue. All of these statements were extremely negative concerning this move on behalf of the Trump administration. The problem is that this is going to increase pressure because, up to this point, the confrontation has been between the self-proclaimed republics in Donbass and the government in Kiev. Of course, Russia has been blamed. People have said that Russian forces are in Ukraine fighting. But Russia has always denied these kinds of things—knowing that this has been a very kind of shaky situation. Supplying lethal weapons—which is something that even Obama didn’t dare to do, though he was very anti-Putin and anti-Russian at the end of his administration—is crossing a red line, which is very dangerous. It will signal the escalation of the conflict in Ukraine.

We know what it means to provide lethal weapons. After weapons, then come advisors and instructors. These then will become involved in military operations because they have to train the Ukrainians to use them. This will create a situation that is dangerous, and this was one of the reasons Obama didn’t provide these kinds of weapons: at the time, many analysts warned that this could force Russia openly to declare its involvement in Ukrainian affairs, given the perception that America is fighting on behalf of Kiev, and the nationalists and extremists. Ukraine is an existential situation for Russia, and Russia will use every opportunity and every resource in order not to permit Ukraine to become a consolidated anti-Russian power, with American or NATO troops or bases on its soil.

Paul Saunders: But how specifically do you think Russia will respond? You mentioned public statements by Russian officials that were critical of the U.S. decision. You mentioned the possibility that the Russian government might acknowledge its role in Ukraine, which so far it has denied. Is Russia likely to do anything beyond that?

Andranik Migranyan: I would like to remind you of a statement that was made by President Putin in Valdai last year, when he said that, in certain situations, if lethal weapons are provided, then who knows how far these self-proclaimed republics’ armed forces will expand their territories? This was a kind of hidden warning that might mean that Moscow will not stop the self-proclaimed republics if they plan offensive operations against Ukrainian forces. Which means the conflict would go further than the current so-called Donetsk and Luhansk Republics. And who knows? Nobody shelved the idea of Novorossiya. American actions could in fact revitalize the idea of Novorossiya.

Paul Saunders: What do you think is the threshold for some of these more expansive forms of Russian involvement? Because so far of course the sales of weapons that have been authorized, at least that have been disclosed in the media, have been pretty modest.

Andranik Migranyan: Yes, that’s right. That is why Russia’s reaction at this moment is just a verbal reaction. But when these weapons arrive, then advisors and experts will follow, and then these lethal arms will be used in open warfare on the ground. Russia may supply new armaments. The argument would be that this is a war which is not between Kiev and these republics, but an American and NATO-backed war. This means that nobody really believes that Russia is not interfering. You know, in America and Europe, everybody is saying Russia is present, though Russia has consistently denied it. But this is a good opportunity for the Russian government to say that here, until this moment, we were not openly interfering, but now we have no choice but to step in because of external aggression.

Paul Saunders: Let’s shift gears and move to Iran. President Donald Trump has expressed some sympathy on Twitter for the protesters in Iran. The Russian embassy in the United States appeared to respond to that with its own communication saying that outside interference in Iran’s politics would be unacceptable. What do you think that means in terms of Russian policy? How precisely would Russia respond to tweets by President Trump, or perhaps more significantly, to moves by the U.S. government to provide either symbolic or tangible support to people inside Iran who are opposed to their government?

Andranik Migranyan: Russia’s stance is very clear: it opposes any outside interference in the internal politics of any country. This includes Syria, Libya, and other countries, because Russia believes they can determine their own fates without foreign interference. But it depends on how far Washington is ready to go. On Monday, Sen. Lindsey Graham said tweets are not enough and that Trump must disclose a strategy regarding Iran.

Iran is a very closed society and how America could intervene is unclear. I’m not sure that Washington has many tools that can be used to apply pressure and change the regime in this country, which has been the aim of previous American administrations. But all these previous administrations understood that they are limited in their resources, possibilities, and capabilities.

In my view, Trump doesn’t know what to do with North Korea, even though Adm. Mike Mullen said on Sunday in a television interview that America is closer to nuclear war with North Korea than at any time in its history. But it is even harder to understand how Americans are going to deal with Iran at this moment. Nobody knows who these protesters are, how well they are organized, and who is the subject of this opposition. Apart from the president’s words and tweets nobody knows how the American government will act at this moment. I don’t know what Washington can do at this moment. Russia’s reaction will depend on American actions. But Russia’s principled position is that it is intolerable and impermissible to interfere in the internal affairs of Iran.

Paul Saunders: I think many of our American readers would probably be a little bit surprised at Russia’s position not to interference in the politics of other countries because most Americans believe, and I think there is a fair amount of evidence, that Russia interfered in the U.S. election campaign in 2016. How do you reconcile that view, which has been a long-standing Russian position in many parts of the world, with what happened in the U.S. campaign?

Andranik Migranyan: Russians and Moscow repeatedly asked the American government to demonstrate some hard proof about such interference. So far, no hard proof has been provided. And the explanation is ridiculous from the Russian point of view—that U.S. secret services are talking about this situation, and how they can show this or that, and how they got this information. It’s too vague. Nobody cares about, or is persuaded by, this in Russia. Second, even the American president is endlessly repeating that there was no Russian interference. And I think that more than half of the electorate—or at least the electoral college—who voted for Trump support the same idea, because nobody can supply the proof that Russia interfered in the counting process.

For a second, let’s suppose that outside interference was responsible for opening John Podesta’s or Hillary Clinton’s e-mails. What is the result of this and Wikileaks’ leaking of this information, including the substance of these e-mails? It’s just giving the American public better information about their own leaders. I imagine this would mean that Americans must be grateful to Russia if Russia or Russian security services did that, though there is no hard proof that they did. Now everybody knows that the Trump dossier was prepared by supporters of Hillary Clinton, that a lot of money was spent on this effort, and that different kinds of intelligence officials and sources from Great Britain and other places were involved. This only goes to show that nobody really proved that Russian hackers interfered in the elections or even decided the outcome of the elections.

Certainly it is very flattering for Russians to think they can do that against the mightiest country in the world, but we view this as a kind of ridiculous satire. Of course I know there is this endless investigation going on, with relentless coverage of it on CNN. But CNN itself is considered by Trump and others as “fake news,” and nobody cares about this investigation when all that is being said is about self-evident things that make no sense.

Paul Saunders: But as you know, Facebook and Twitter have released publicly a fair amount of information about advertising and other things. And moving in a different direction, you’ve taken the position that Americans should be grateful for this additional information that was revealed by the DNC hack. Without saying anything about who was responsible the Panama papers, should Russians be grateful for that because of the information there about Russian officials?